In the first of a two-part feature, our Academy Player in the spotlight for April, Chris Gibson, tells trentbridge.co.uk that he's aiming to capitalise on a flying start for his season.

If he was hoping to impress the Trent Bridge hierarchy at the start of a new season, then Chris Gibson couldn’t have done much more in his first Second XI match of the campaign against Loughborough MCCU.

On a pitch that was offering considerable assistance to the bowlers and under the leaden skies that dominated March and early April, the opener 18-year-old compiled a composed century in an innings total of 266-9, with Billy Root the only other player to pass 40.

In an era when players are frequently accused of failing to show the requisite patience to score big, perhaps the most impressive facet of his innings was the length and obduracy of it – his runs eked out over the course of more than five hours and 274 balls.

His efforts were certainly noted by first-team Head Coach Peter Moores, with Gibson making Nottinghamshire’s squad for the first-class game at Cambridge MCCU which, unfortunately for the teenager, was abandoned without a ball being bowled because of heavy rain.

“It was nice to start the season off with some runs on what was a pretty tough deck. It’s pleasing to know that my game’s in decent working order.”

Since then, the management have, as expected, put their faith in senior players for the start of competitive Specsavers County Championship Division One season, as the Green and Golds have taken on first Lancashire and then Yorkshire.

But there’s no doubting that Gibson has made a favourable impression. The Truro-born teenager knows that more runs – such as an unbeaten 41 not out against Leicestershire Academy on Sunday and 51 against Yorkshire seconds on Monday – are needed to help push his cause for making a senior bow.

“It was nice to start the season off with some runs on what was a pretty tough deck,” says Gibson. “It was pleasing to know that my game’s in decent working order.

“It’s massive for me as a young batsman to try and make a good impression at second team level. I had a decent season last year, but this summer is one where I really want to push my name out as a player. 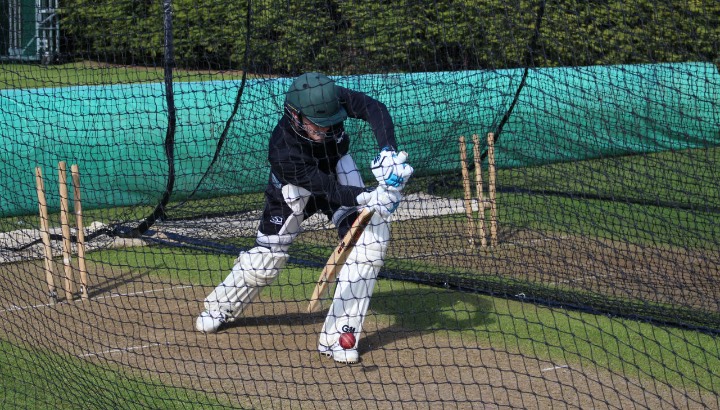 “I played pretty much the whole season for the seconds last year, so now I want to push on to the next level. If I can get the volume of runs, then hopefully I can knock on the door of the first team and see what happens.

“I know that we haven’t got the biggest squad of batsmen this year, so if we have a couple of injuries, then you never know and I have to make sure I’m in the frame to come up from the seconds if needed.”

A determination to improve his game saw Gibson fly out to Australia for the English winter months, playing for Fairfield-Liverpool in the suburbs of Sydney.

That stint in grade cricket saw him score 114 against Sutherland in a 213-run stand along with Zach Johns (87), and his fine form continued during the Antipodean summer as he scored 696 runs in 22 matches at 38.20.

“Playing in Australia was a really good experience for me, allowing me to get some more games in and runs on the board.”

Gibson explains: “Playing in Australia was a really good experience for me, allowing me to get some more games in and runs on the board.

“It was 40 degrees on quite a few days, so pretty hot, which makes it tough to bat in, but the fact that the wickets are generally quite flat makes up for it.

“There was a conversation between Matt Wood (Elite Pathway Manager) and the club to send me over. They we looking for a batsman and it seemed like a great opportunity and play in a different environment.

“It’s something I’d definitely consider doing again in the future, especially as a younger batsman, when I think you need to try playing as many games as you can because that’s how you learn. I suppose it depends where I am by the end of the season.” 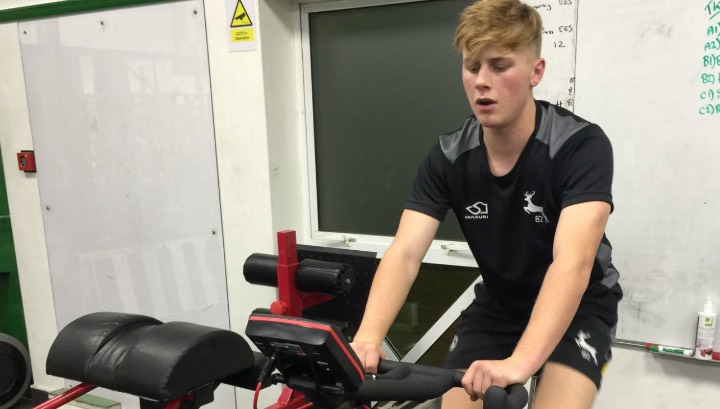