Chris Nash has thanked his new team-mates for helping him settle in so quickly.

Nottinghamshire’s close season recruit feels at home already and is itching to get involved, with the new campaign just a matter of days away.

The former Sussex batsman revealed he has enjoyed getting to know his new surroundings.

“Over time I’ve got to know Mull (Steven Mullaney), Fletch (Luke Fletcher), Riki (wessels) and Harry (Gurney), so it has made it very easy for me to settle in.”

“Over the years you really get to know guys,” he said. “I’ve played against Notts for the best part of 10-12 years so you get to know a lot of the guys and spend a bit of time off the pitch with them as well, which is always nice.

“Over time I’ve got to know Mull (Steven Mullaney), Fletch (Luke Fletcher), Riki (wessels) and Harry (Gurney), so it has made it very easy for me to settle in and feel part of it and that has happened really quickly and is a real bonus. They are a great bunch of guys and have made me feel very welcome.”

Nash was confirmed as a Nottinghamshire signing in November and after some winter gym work he was pleased to step up his cricket work with a  stint abroad in the New Year.

“I had a month in Cape Town,” he said. “That’s kind of my annual pre-season jaunt and I get to work with Gary Kirsten. He’s someone I’ve known for a long time and get along with really well. 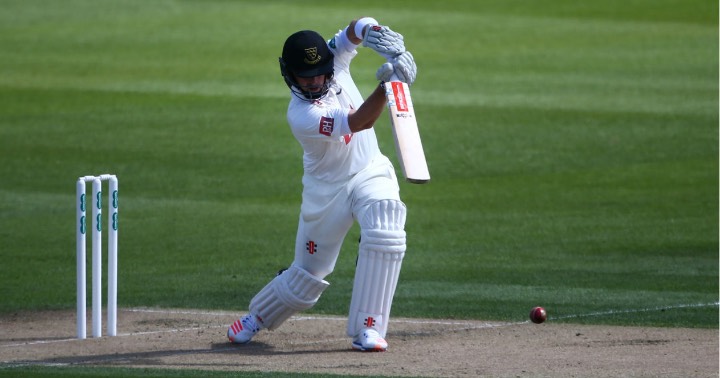 “Then I flew up to Potchefstroom and worked with the Notts guys for two weeks. It was great to spend some time with the younger guys and get to really know the whole squad.

“We played a few games and I got to captain the side in a few of those games, which was good fun. It was really good to get to know the guys off the pitch as well and it was a very worthwhile trip.”

With Nottinghamshire’s top order needing something of a re-vamp after the departures of Michael Lumb and Brendan Taylor, the versatile Nash will be a welcome addition, wherever he is asked to bat.

“My job is to score runs and that’s why Notts have brought me here.”

“For me, coming to a new club, my job will be to do whatever is required of me,” said the 34-year old. “My job is to score runs and that’s why they’ve brought me here. If it’s to open or be number three then brilliant. If it's number three. then it means I get a little bit of breathing space when I come off the field, but I’m happy to bat anyway I’m asked to.”

Amongst the many attractions of the move to Notts, the opportunity of returning to the top flight is a key factor.

“I’ve spent the last two years outside of Division One and we were out of it in 2010 as well, so it’s nice to be back. You look at the games we’re playing.

“We’ve got Lancashire and Yorkshire to start, two massive games and that gets you really excited to play on those big grounds against top teams and I think that the way the division is now it’s two teams out of eight going down, so it is a very competitive division and the challenge of that is something that excites me.”