YORKSHIRE PREVIEW: OUTLAWS HAVE THE MOMENTUM HEADING INTO CRUNCH GAME

It's not very often you get a knockout game before the end of the T20 Blast group stages but Notts Outlaws' clash with Yorkshire Vikings tomorrow is set to be just that.

If the Vikings beat Northants Steelbacks tonight, the tie at Emerald Headingley will be winner takes all with both sides on equal points and vying for the final qualification place.

However, the scenario will be a familiar one for the Outlaws, who needed to win all three of their remaining group games to progress in the competition.

Now with two wins from the last two games, including a convincing 63-run victory over the Vikings at Trent Bridge, Notts currently occupy that vital fourth place and skipper Dan Christian thinks that the recent win over tomorrow’s opponents could give the Green and Golds an edge.

“It’s nice to have a little advantage over them already,” he said. 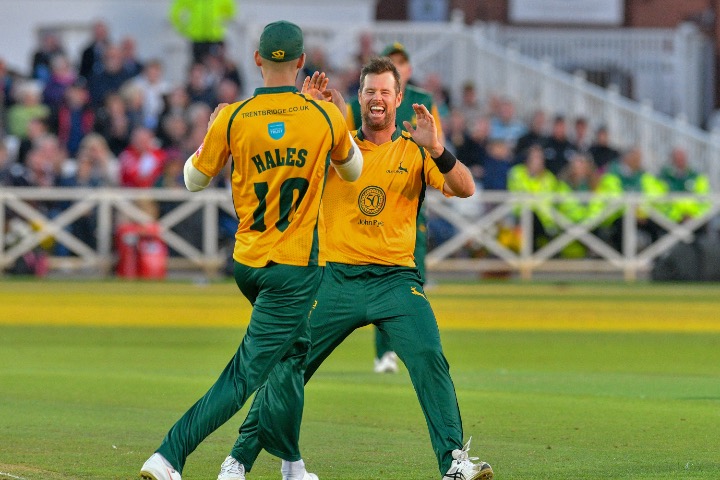 Dan Christian celebrates in the first meeting between the sides this season at Trent Bridge.

“They’re a good side and we’ve had some good tussles with them over the last couple of years so to get that win last week gives us a little bit of momentum going into Friday.

“We had a really good win against Worcestershire too so hopefully we can keep kicking on.”

The Outlaws have found form at a crucial stage of the competition with impressive batting displays against the Vikings and Worcestershire and the T20 captain believes that the depth in the Notts batting order could be key.

“We had that point in our season where we had to start winning games and thankfully we did,” said Christian.

“We’ve got that batting order where we can play with freedom and there’s always someone who stands up, even in games that we’ve lost, we’ve had Jake Libby and Billy Root drop down the order and get us to a defendable total. 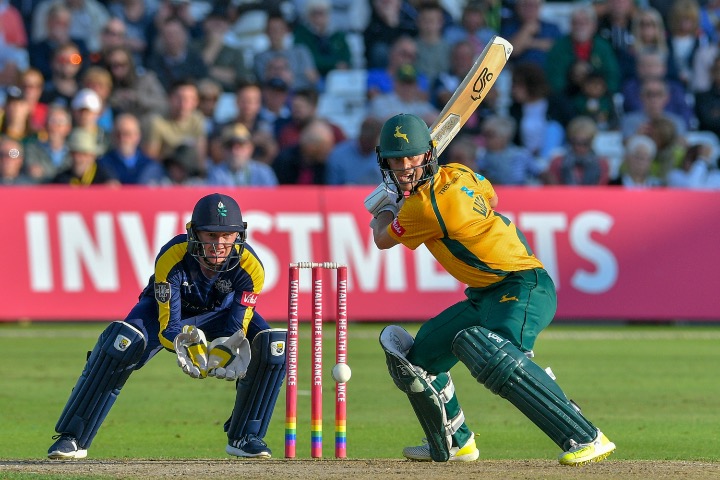 Jake Libby during the Outlaws win over Yorkshire Vikings at Trent Bridge.

“We’re lucky that we’ve got such great depth.”

One stand out performance came in the victory against Worcestershire.

Riki Wessels got off the mark with a single before plundering nine sixes, earning 54 of his 18-ball 55 with maximums and Christian was delighted to see such a destructive performance from his opener.

“That was awesome, it was unbelievable striking,” he said.

“We saw a lot of that last year, so it was great to see him find that form again. 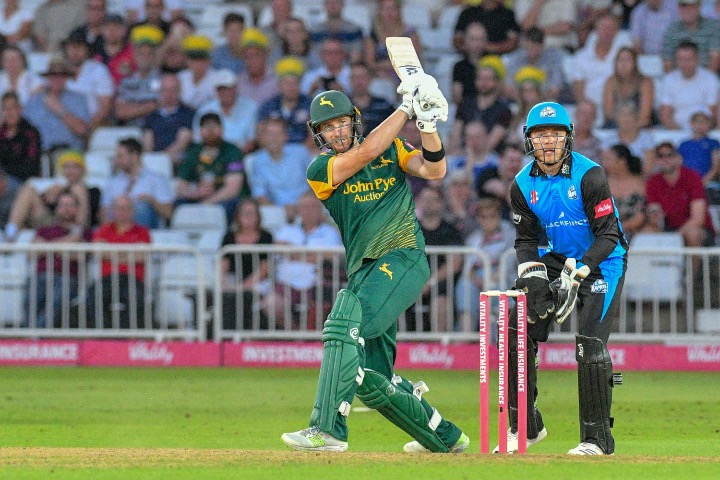 Riki Wessels in action against Worcestershire.

“He did something similar against Leicestershire earlier in the year where he got 58 from 30 balls and he absolutely smacked them all over the place, so it’s nice to see him kick on and do something like that again.”

At the end of Wessels’ astonishing knock the South African struck three consecutive sixes off the bowling of Patrick Brown before falling to the fourth delivery of the over.

But despite being dismissed, Wessels admitted following the game that he was looking for six sixes off the over and Christian believes that confidence is key in the Outlaws style of batting.

“We talk about playing with freedom and backing yourself and if you feel like you can line a bowler up then go for your life,” he said. 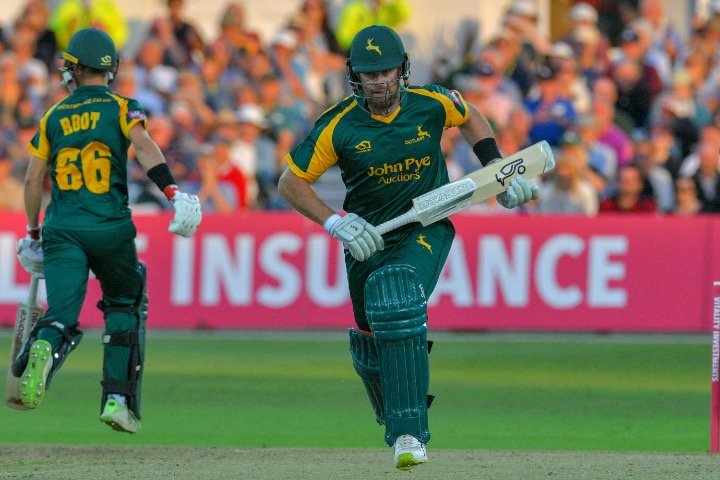 “Obviously, it hasn’t worked as well as we would’ve liked so far this year but normally with the length of our batting order if a couple of those come off, you can get a good score.

“Unfortunately, so far this year we haven’t had a few guys be able to do that but the last few games have been fantastic.”

Despite the Green and Golds coming out on top when the two sides met at Trent Bridge last week, Christian is still very aware of the threats the Vikings possess.

“They’ve got experience and guys that can whack the ball out of the park all the way down their order and a combination of right and left handers which gives them an advantage too.

“If we can get a big score on the board and we can put them under pressure with a big score like we did at Trent Bridge last week it certainly makes life easier.”

England play India in the third Specsavers Test Match at Trent Bridge from 18 - 22 August. Secure your seats from £20 by clicking here...

Riki Wessels Powers Notts To An Important Win Over The Rapids

Wessels Delighted With His Contribution Against The Rapids