Academy players, including Connor Marshall, have joined some of the Nottinghamshire bowlers for a pre-season training camp in Oman. Here, the all-rounder rounds up how it has gone in the Middle East in the second instalment of his two-part blog.

After a late finish on Monday night when a Notts team had taken on Lancashire, everyone had a recovery session on Tuesday morning, followed by a full practice in the afternoon.

Wednesday was a whole day of practice, which proved to be a very gruelling day for all concerned in the hot climate.

The two days which followed the game saw a real step up in preparation from every single person. The intensity in which we worked at increased and everyone was really starting to kick it up a gear or two.

The quality of the nets and the way people were going about their business made the sessions extremely productive. 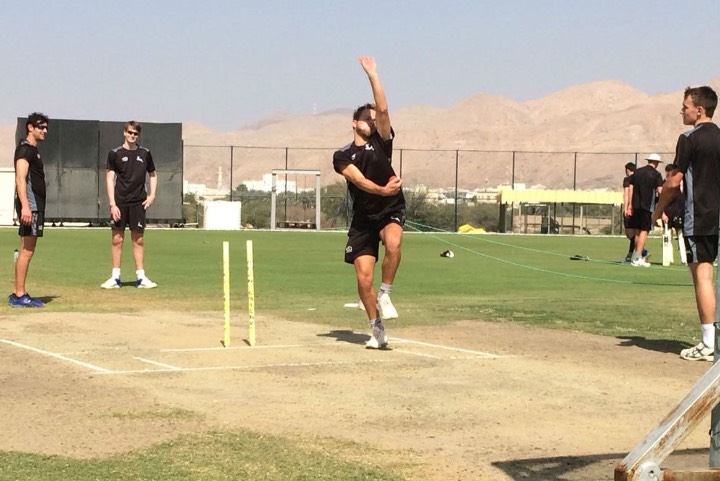 Throughout the tour, the interaction between the pros and the Academy players has been brilliant, in particular on Tuesday and Wednesday. The conversations which were being held between the players showed the great culture the club has.

The environment over the last week has been one in which we are all pushing in the same direction and the way the senior lads have driven that has inspired the Academy.

On two nights of the tour we spilt off into three groups to discuss how we felt the tour has been and cricket in general, with each group a mix of pros and Academy lads. Both nights proved very beneficial and it was a great opportunity to talk to the senior lads at length.

A well-deserved day off on Thursday allowed the lads to rest and be fresh for the last full day session on Friday. Some lads ventured out to Muscat Hills Resort and the local markets, but most opted for a day at the pool. 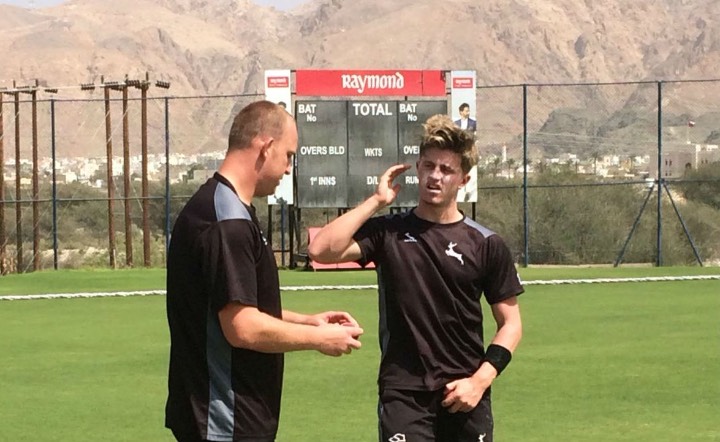 With the tour coming to the end, I’ve asked some of the lads to pick out there favourite moments of the trip:

Club Captain, Steven Mullaney, said he couldn’t look past: “Seeing Mark Footitt misjudge a catch. It went straight through his hands and hit him in the proverbials, and he dropped to the floor. As did a few others – with laughter.”

Matt Milnes’ joked the highlight of the tour was, in his words, his ‘ongoing feud’ with First Team Bowling Coach Andy Pick. He went onto say that it was ‘much deserved on his part’.

Mark Footitt expressed his delighted in being able to share a room with Luke Fletcher, saying he is the ‘best roommate ever’. 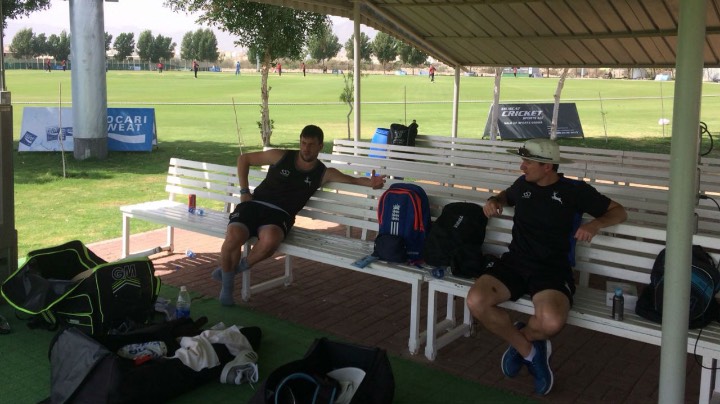 Fletch’s highlight of the trip was of his roommate accidentally spilling a drink in Bahrain!

Academy opening batter Joey Evison said: “the highlight of my tour was being able to open the batting with First Team Captain Mullaney in the game.”

Young spinner Jordan Cook added: “The best thing for me has been gaining experience from the pros and getting the feedback, which has boosted my game and I’ll carry that information for the future.”

It’s been a great trip, but now it’s back to the cold in Blighty!