Tom Moores and Billy Root have issued a vote of thanks to organisers of the Tom Maynard Academy, which has helped the Nottinghamshire pair step up their preparations for the 2018.

The Academy was set up in 2014 to help promising county cricketers, who on this trip were aged between 17 and 26.

“It was an awesome trip and was great to work with some top-class coaches and get outdoors.” Tom Moores

It covered technical skills, strength and conditioning and both individual and group activity with the trip funded through the Tom Maynard Trust, a charity set up in memory of the former Surrey player who tragically died in 2012.

Among the others players in the Academy intake were Rob Keogh (Northants), Tim Rouse (Somerset), Miles Hammond (Gloucestershire) and Roman Walker (Glamorgan).

“I’m very thankful to have been asked to go along, it was an awesome trip and was great to work with some top-class coaches and get outdoors after netting indoors for much of the winter,” said Moores. 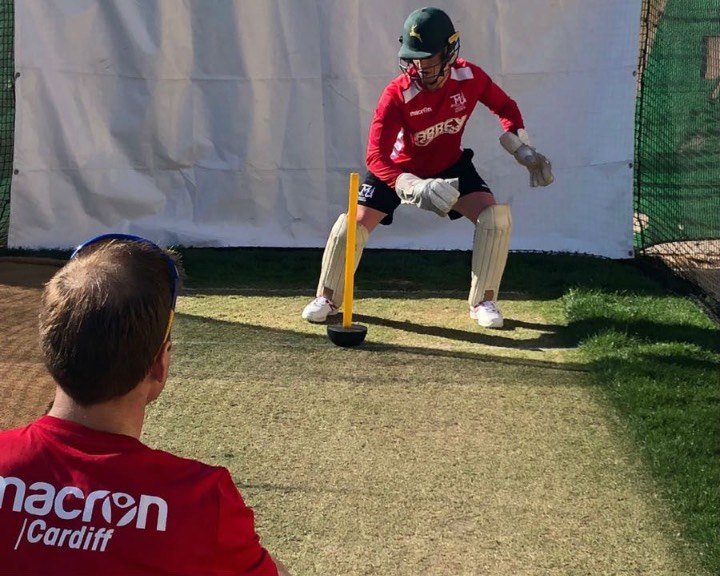 “Tom Maynard’s dad, Matthew, set this up in a bid to help young cricketers reach their potential and I think it will really help. I feel privileged to have been part of it and I know the other lads here do too.

“It’s been great to mix with players from other clubs and share an apartment with some of them and hopefully the help we’ve been given will be beneficial once the season gets underway.”

Both Moores and Root were in fine form for the Academy in the trip-ending matches against a Spanish national side.

After not scoring from his first 12 balls, Moores hammered 118 from 63 deliveries in all, while Root hit 49 not out in a total of 196-4 in the second of two games. Root had earlier made 51 in the first.

“People have different ideas and you can learn from them.” Billy Root

Root said: “It’s been good to face other bowlers than those I have been doing at Notts and see other batsman in action to watch how they go about things. People have different ideas and you can learn from them.

“It’s always different playing on grass wickets and it gives all these players the chance to get the most out of their season.”