PURSEHOUSE 'ABSOLUTELY DELIGHTED' WITH HIGH PROFILE MATCHES FROM 2020 TO 2024

Nottinghamshire County Cricket Club Chief Executive Lisa Pursehouse is “absolutely delighted” that Trent Bridge has secured its future as a Test match venue until at least 2024 following the ECB’s announcement of its host venues for High Profile Matches.

The world-renowned venue will host 10 international games, including four Test Matches during the five-year period in question, with England fixtures against India, Pakistan, New Zealand and Ireland.

The Royal London One-Day Cup Final will also be hosted at Trent Bridge for five consecutive years from 2020.

“As the world’s third oldest Test Match venue, it’s incredibly important to us that we continue to stage a significant amount of Test cricket,” said Pursehouse.

“Of course we would have very much liked to have staged an Ashes Test, having hosted terrific matches here in 2013 and 2015; it would have been the icing on the cake.

“However, given the reduction to six matches per year, it was a hugely competitive bid process for Test cricket, so we are very happy that we have secured four in the five-year period. That was our number one priority.

“It was a hugely competitive bid process for Test cricket, so we are very happy that we have secured four in the five-year period.” Lisa Pursehouse

“Knowing we will host regular international cricket from 2018 to 2024 gives us the most certainty we have had for our business planning since 2003. It allows us to take a step back and to assess where we need to invest in our Club and venue to ensure that cricket in Nottinghamshire continues to thrive.”

In domestic cricket, Trent Bridge has won the right to host a team in the new T20 competition, which starts in 2020, along with the prestigious 50-over one-day final which Notts Outlaws won in 2017 at Lord’s.

Director of Cricket Newell believes a centrally-located venue with a capacity of just over 17,000 will benefit the competition, saying: “I think Trent Bridge will be a great venue for a national final.

“We have good quality pitches that allow for entertaining cricket and a very strong and loyal supporter base. 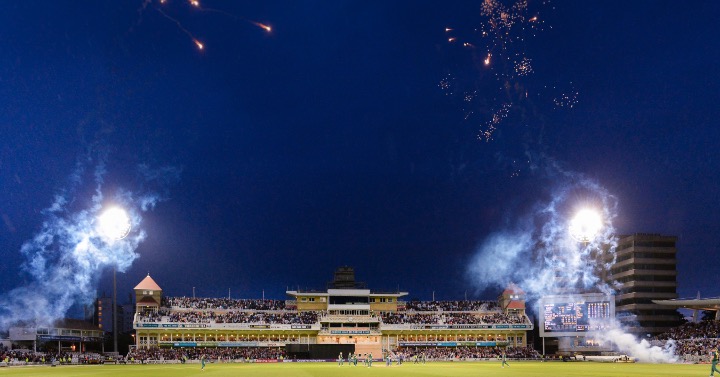 “We have all seen how well Edgbaston has hosted T20 Finals Day, making it an event in its own right, and we believe we can do a similar job that is suitable for 50-over cricket in a central location.”

Trent Bridge is one of eight venues selected to stage the new city-based T20 competition along with The Kia Oval, Lord’s, Edgbaston, The SSE Swalec Cardiff, Emirates Old Trafford the Ageas Bowl and Emerald Headingley.

“What’s great for us is that we will host every format of the game at Trent Bridge in the next seven years.” Lisa Pursehouse

“Trent Bridge has become an outstanding domestic venue for T20 cricket – you only have to look at the size of the crowds and the excitement it brings to the city,” said Pursehouse.

“What’s great for us is that we not only have continuity of supply, but we will host every format of the game at Trent Bridge in the next seven years. That gives us a fantastic opportunity to retain our existing loyal audience and to reach out to a new audience too using the T20 format.”

One of eight host venues for the ECB’s new T20 competition from 2020.