Jake Ball has a ‘bright future’ in Test cricket, despite his omission from England’s touring party for March’s two-Test tour of New Zealand.

That’s the view of Nottinghamshire’s Director of Cricket and National Selector Mick Newell after the former Welbeck player missed out on a place in the 16-man squad to play the Black Caps, which was named tonight and does include Trent Bridge’s Stuart Broad.

Ball played in the first Ashes Test of England’s 4-0 series defeat in Australia after recovering from ankle ligament damage that hampered his preparations early in the tour.

But he subsequently lost his place in the team by Craig Overton and then Tom Curran as Joe Root’s side fought in vain to play their way back into contention.

Ball will be replaced for the second leg of England’s trip Down Under by Durham paceman Mark Wood, but Newell is convinced the Notts seamer – who is part of England’s one-day squad for a five-match series with Australia starting on Sunday – will bounce back strongly from the disappointment.

Jake has a bright future for England in all three formats, including Tests.”

“All is not lost for Jake and hopefully he won’t be too down because he’s got a lot more white ball cricket to come in the next six to eight weeks,” said Newell.

“England have returning players in Mark Wood for one who is competing for a spot with Jake and he’s got the nod on this occasion, but hopefully there are things Jake can learn from the past couple of months and he will continue to fight for his place in the Test match squad.

“Going forward, we are going to continue to seek out a fast bowler and Jake is a good quality fast-medium bowler. I’m sure he will come into the new English season with a point to prove and that will benefit Notts and him.”

England managed just the one draw during the Ashes in the Boxing Day Test at Melbourne when Alastair Cook hit 244 not out. 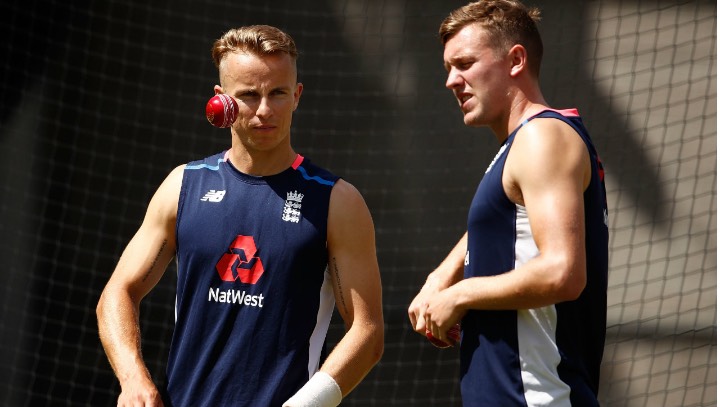 Otherwise, it was disappointment all the way for the tourists and Ball himself, who recorded figures of 1-77 and 0-38 at the Gabba.

Newell added: “I’d like to think Jake was fully fit when he was selected to play at Brisbane and I’m sure he was. He gave everything he could and no-one is saying he didn’t put effort in.

“I hope, in the long-term, Jake will look back on this Ashes series in a positive light, but that will be difficult at the moment, as it is for anyone who is English.

“There will be a lot of learning for all England’s batters and bowlers. Jake has had to sit and watch four Test matches, which is not ideal for someone who wants to play, but he’s seen some world class bowling from the Australian and Jimmy Anderson at the time.

“There are things to learn all the time and Jake’s a bright lad like that.”

“Initially the disappointment will be there, but, once the English season starts, I would back Jake to start it well.”

Newell is backing the right-armer to continue to shine on the domestic scene once the season gets up and running in April, with the Green and Golds starting their Specsavers County Championship Division One campaign at Lancashire on 13 April.

“Obviously England have found the whole Ashes series difficult and when that happens, individual's personal performances come under quite close scrutiny, so for a relatively inexperienced player at that level, it can be quite tough.

“But Jake’s a very strong character and, from a Notts perspective, we would now expect that to free him up to start the season with us, providing he comes through the rest of the tour OK.

“Initially the disappointment will be there, but, once the English season starts, I would back him to start it well and then Notts will see the benefit.”

To buy tickets for next summer's England versus India Test match at Trent Bridge, which takes place between August 18 and 22, click here.