In the second of a two-part feature, Academy player Lyndon James, tells trentbridge.co.uk how he's benefited from time spent playing in Australia.

Getting selected to play for Nottinghamshire for the first time is not something any player is likely to forget – and Lyndon James is no exception.

It was the beginning of a journey that has led the right-handed batsman and seam bowler to be on the cusp of becoming a first-class cricketer.

“When I was about 10, I went to a coaching course with Notts, but didn’t play a game,” says James. “But when I was 11 I went for trials… I think Graham Bramley and (former Notts player) Sam Wood’s dad were coaches at the time.

“I got in at Under-11s, and played every year from then on before joining the Academy when I turned 16.

“Trent Bridge a great place to come and train, the facilities are brilliant.”

“Trent Bridge a great place to come and train, the facilities are brilliant. We are quite lucky in a that we get quite a lot that other Academy players don’t get at other clubs, with the superb coaches, the indoor nets, the outdoor nets, the hotels we stay in and the gym facilities.

“It’s fantastic to train at a Test ground over the winter and sometimes you have to take a step back and realise just how lucky you are.”

James’ cricketing education moved in a new direction last Autumn when he flew out to Australia to play club cricket, along with fellow Academy players Chris Gibson and Tom Keast.

All three were based in or close to Sydney, and he was recruited by Helensburg, a town not too far south of the city boundaries. 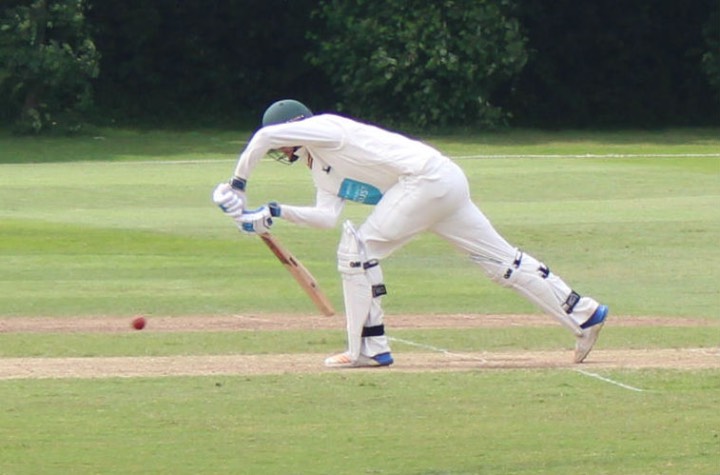 The standard was alright and I probably should have performer a little bit better, although I was fairly happy with how I did,” notes James.

“I worked really hard out there and got 800-odd runs and 20-odd wickets. But it wasn’t all about the cricket for me. I quite enjoyed the experience of getting away by myself and being in a completely new environment.

“I lived right on a beach with a great bunch of lads and it was brilliant – I learned a lot. I worked in the middle of Sydney doing a bar job for a while and I was fortunate that at the end I had a bit of a break and went to New Zealand for three weeks.

“I feel very fortunate to have gone away through cricket. A lot of friends I knew were out there travelling, but I was able to play and work there as well, so you do feel lucky with the opportunities that sport can present to you.

“I quite enjoyed the experience of getting away by myself in Australia and being in a completely new environment.”

“I would definitely go back again, but I want to get university completed first. I have never been sledged like that! But it was good and got me fired up. I didn’t mind the chirping.”

James had the honour recently of playing at Trent Bridge against a touring Aboriginal XI led by Notts Outlaws captain Dan Christian.

Like the vast majority of the current Academy teammates, he does not limit himself to one suit and is keen to develop his all-round contribution.

“I would say I am a batting all-rounder and at 6ft 4ins, I probably should bowl a bit!,” he smiles. “But I feel I’m a better batter than bowler. In red ball cricket, I think I can bat in the middle order and bowl first or second change. 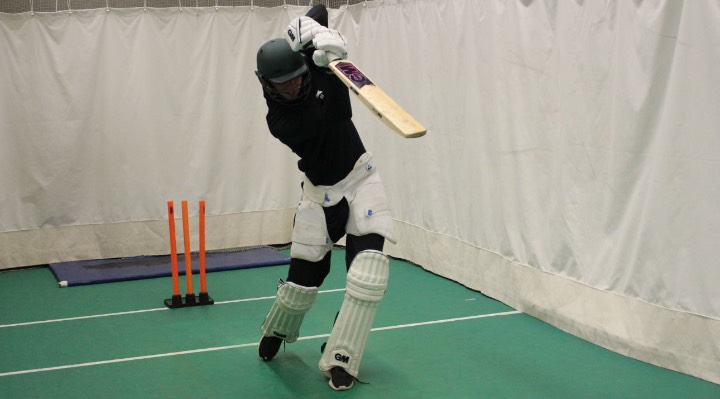 “In white ball cricket I have played all over the place, but I would like to cement my spot as an opener as I enjoy that role and like to bat during the power play overs.

“Both (Ant Botha) calls it calculated risk taking, but I always try to play strong cricket shots – I often try to hit straight down the ground – and I think if you do that then you normally get the rewards.”

As for his aims for the rest of the 2018 season and beyond, James is determined not to over-complicate things.”

“It is difficult when there is such a talented first team squad and not many spots up for grabs, but all you can do is keep performing to a high level on a consistent basis.”

He says: “Since coming back from Australia I have been trying to cement my spot in the Second team and keep trying to put in good performances to try and knock on the first team door as much as you can.

“It is difficult when there is such a talented first team squad and not many spots up for grabs, but all you can do is keep performing to a high level on a consistent basis and hope that at some point you get a call.

“I’m working hard on my bowling. I just have to work a bit harder and make sure I prep as much in my bowling as my batting. I want to add another strong to my bow, so if I can bowl a few overs in the middle of an innings then it is all going to help my cause.”

Read part one of the feature here.