Kuldeep Yadav's outstanding figures of 6-25 set up the win, with Rohit Sharma adding the gloss with an unbeaten 137 to steer India to victory.

We've gathered the best pictures from across the day into one handy gallery for your viewing pleasure. 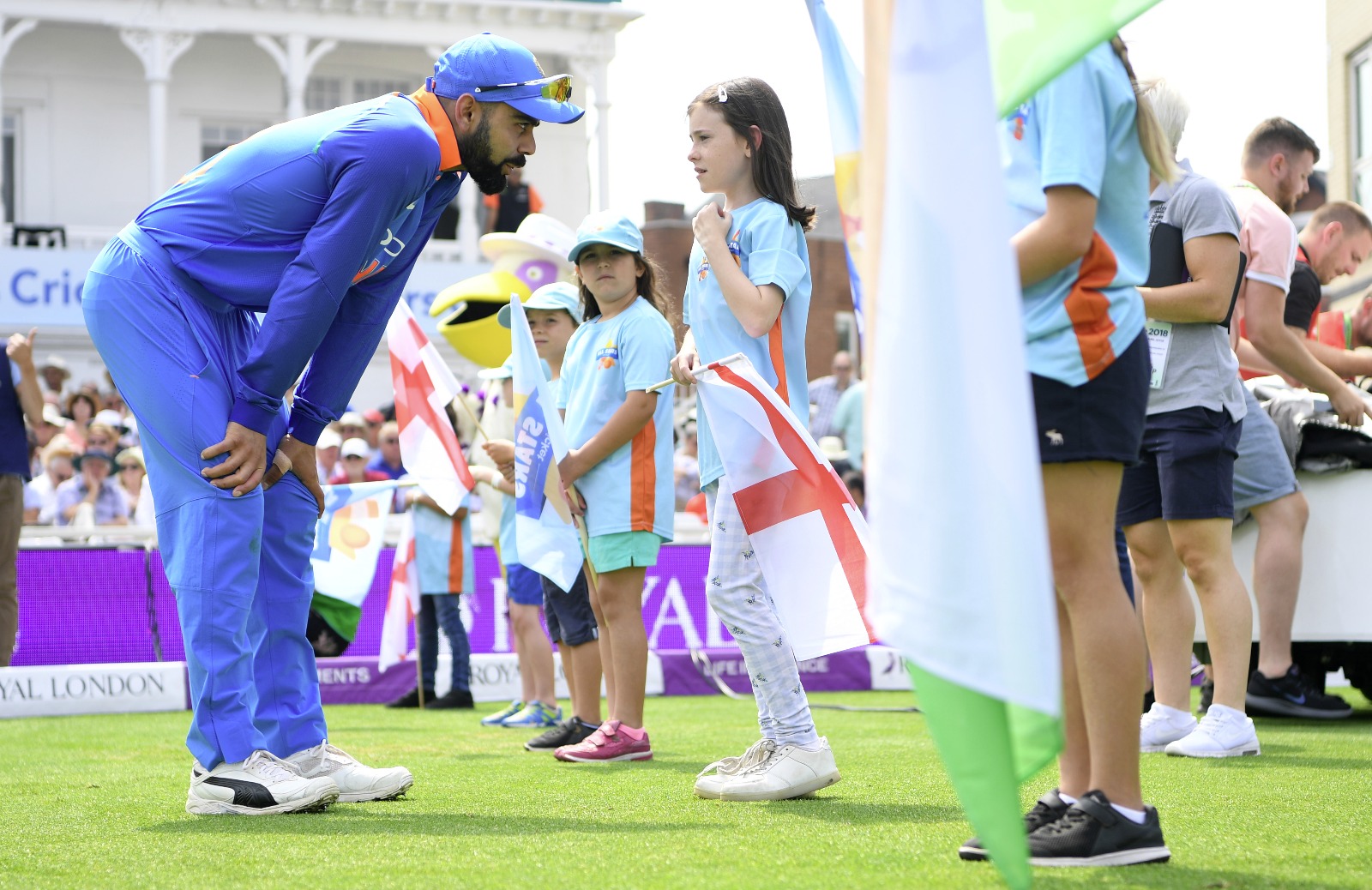 India captain Virat Kohli speaks to one of the All Stars who made up the guard of honour before the game begins. 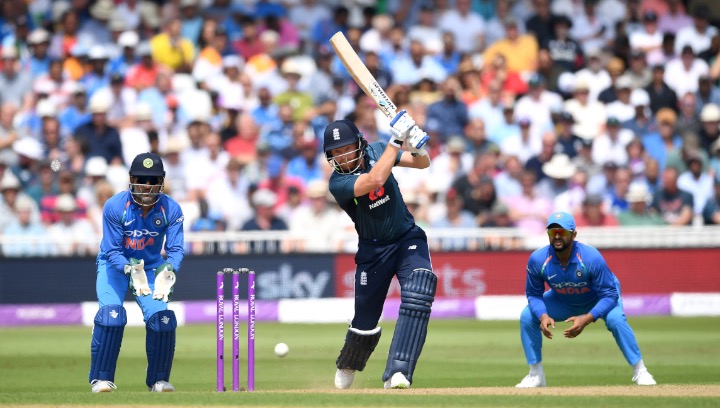 Openers Jonny Bairstow and Jason Roy got England off to a good start, reaching 73-0 in the first 10 overs before both fell for 38. 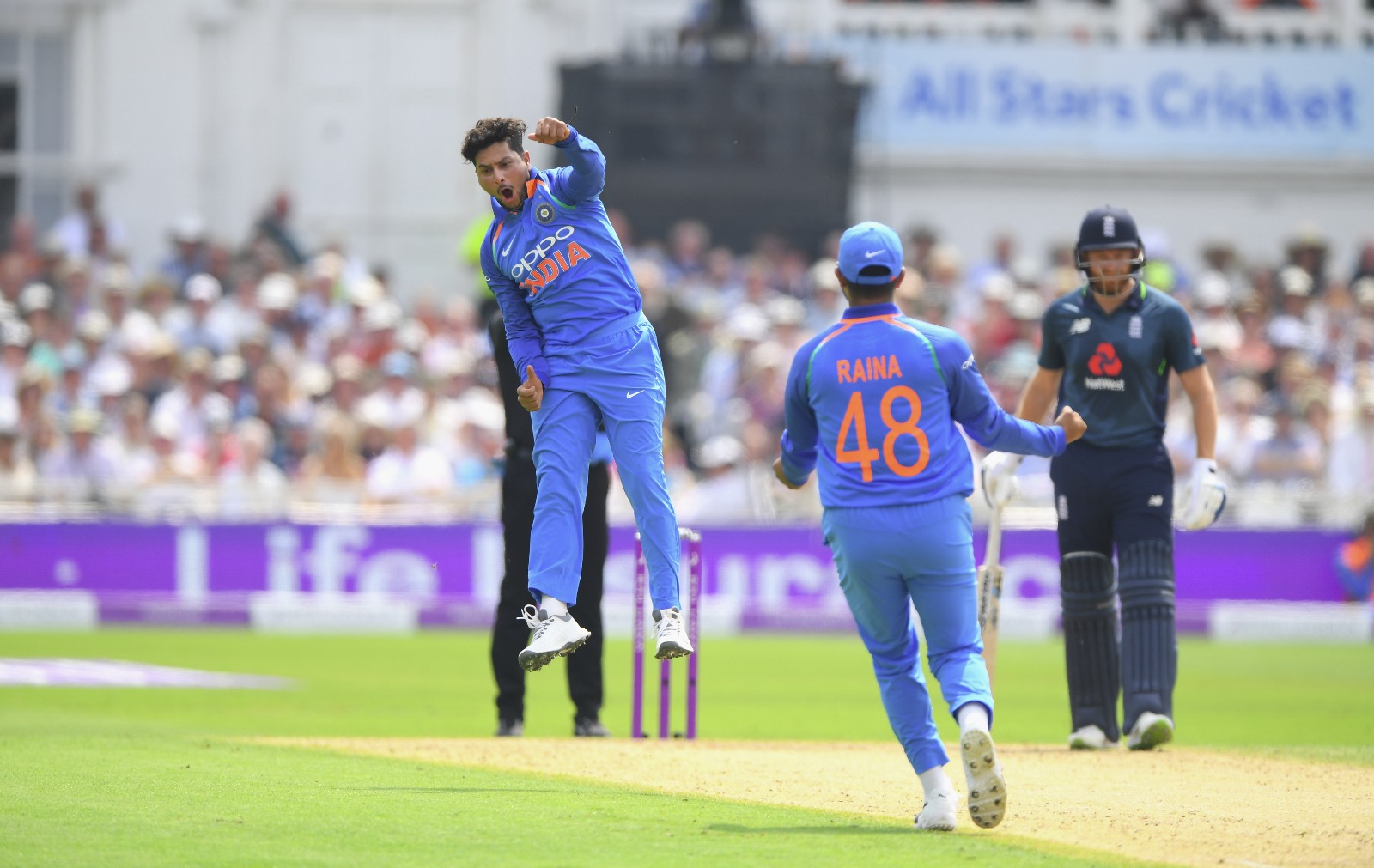 Kuldeep Yardav struck three times in 11 balls to reduce the home side to 82-3. 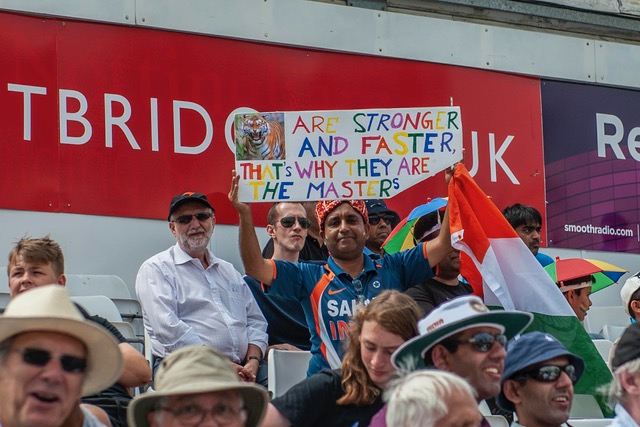 There were plenty of Indian fans in attendance during the day - and they had plenty to celebrate. 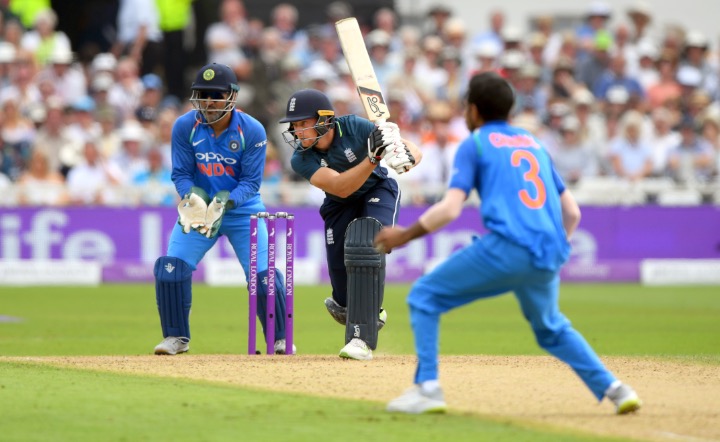 Jos Buttler led a mini-fightback in the middle of the innings and reached 53, alongside Ben Stokes, who scored 50. 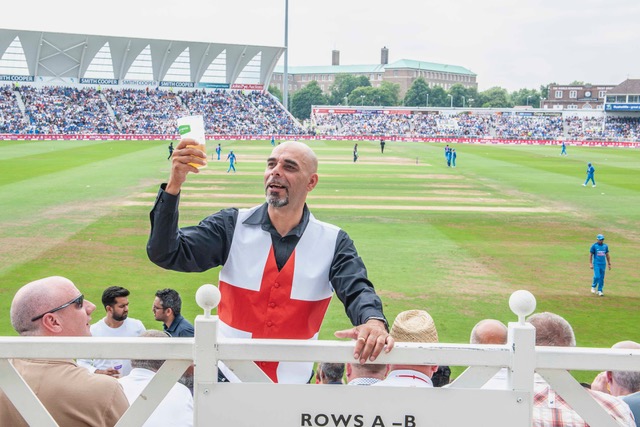 There was possibly some inspiration from Gareth Southgate for this England fan's attire during the day. 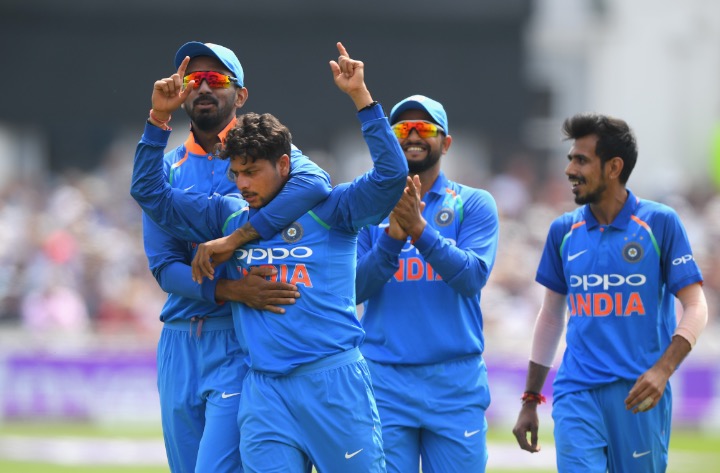 Kuldeep ended with the best figures ever from a spin bowler against England, finishing with 6-25. 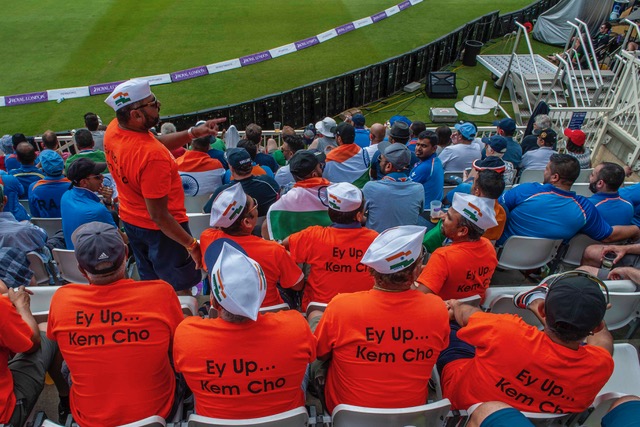 To Nottingham, via Yorkshire and the subcontinent. 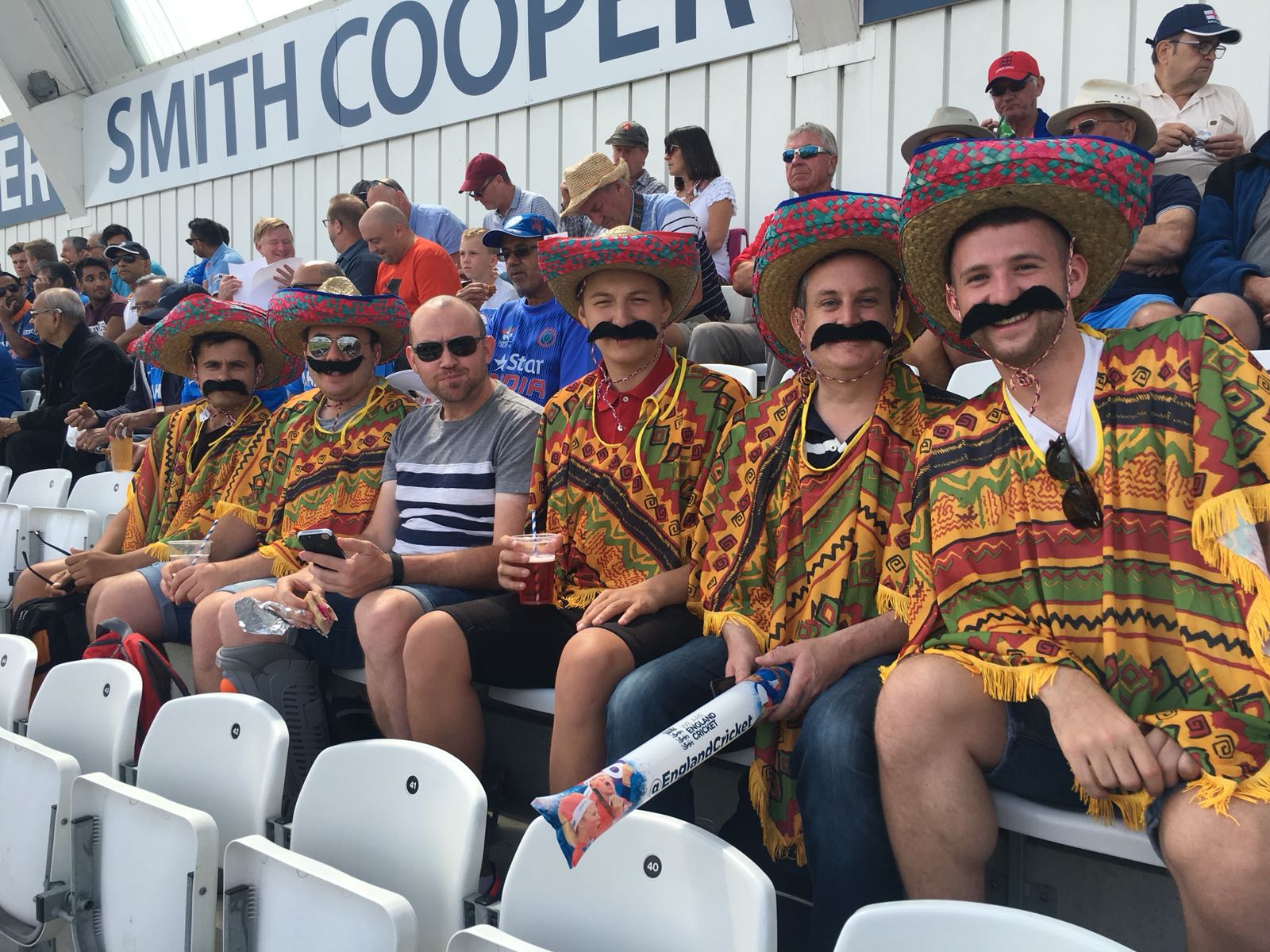 Someone didn't get the fancy dress memo... 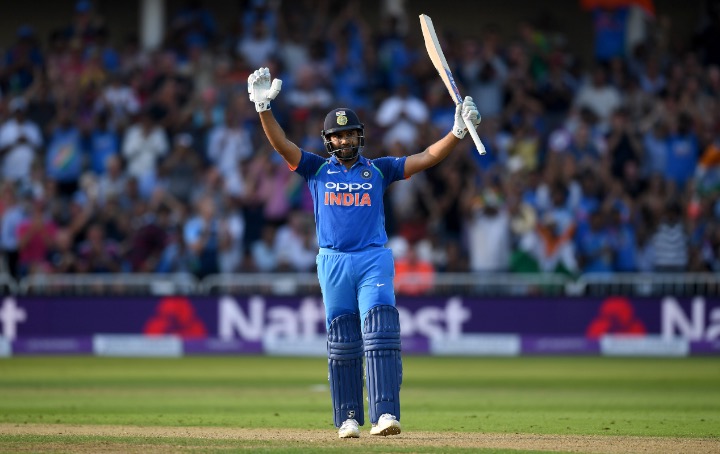 An unbeaten 137 from Rohit Sharma guided India to victory with 9.5 overs to spare. 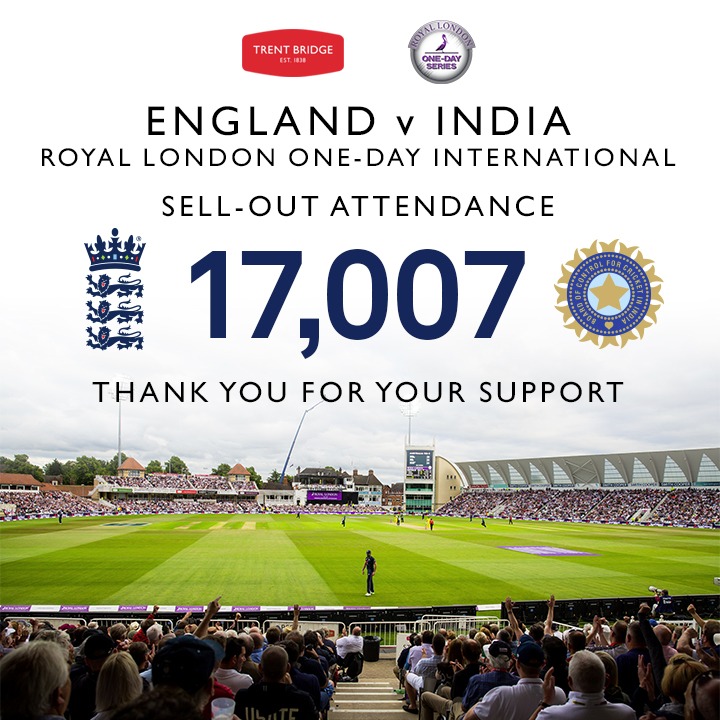 We welcomed another sold out international crowd to Trent Bridge, so thank you for coming and we hope to see you again soon.

Rohit: Series is good prep for World Cup in 2019