If the 2017 season taught Notts Outlaws’ supporters anything, then it’s that you should never dismiss the team’s Vitality Blast chances, even after a slow start to a campaign.

Last night’s eight-wicket defeat at Trent Bridge against the Birmingham Bears in front of a healthy crowd 12,394 was not what the majority in the ground had hoped for, as last year’s beaten finalists gained a modicum of revenge against the reigning T20 champions.

It was the fourth year in a row in the competition that the previous year’s winners were beaten in their first match of the following summer, as Notts continued the unwanted streak started by the Bears in 2015 and follow by Lancashire in 2016 and Northamptonshire in 2017.

But you write off the Green and Golds at your peril. Just over 12 months ago they had lost their first two games, seen Luke Fletcher ruled out for the season and had Michael Lumb retire unexpectedly.

Yet they went on to win eight out of their next 10 matches to top the North Group table before going on to defeat Somerset in the quarter-finals, Hampshire in the semis and, of course, Birmingham in the final.

“We lost the first two games in this competition last year and still went on to win it, so we’re not going to get too disheartened.”

It’s a fact not lost on phlegmatic left-arm seamer Harry Gurney, who insists Notts will be gunning to put things right when they run out to face the Steelbacks in Northampton tomorrow night.

“We never really quite got going against Birmingham and they batted and bowled better than us,” he says. “We were quite a long way below par if I’m honest and didn’t really hit out straps with the ball, particularly when you’re defending a lowish total.

“It was two good sides who got to the final last year. going head to head. We knew it was going to be a tough start to the campaign. When we batted, there was no really big partnership that would have got us up to a bigger score, and in the field I don’t think we were 100 per cent on it either.

“It was a disappointing performance all round, and we were very disappointed after the game. We aren’t going to brush it off as nothing, but equally there’s no point getting down in the dumps because we still have 13 games to go.

“We lost the first two games in this competition last year and still went on to win it, so we’re not going to get too disheartened, even though we’d obviously have preferred to start with a win. 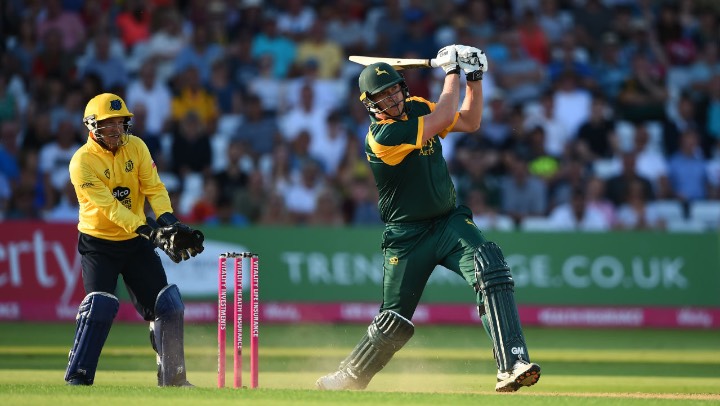 “We can draw on the fact that we have been in this situation before. Last year, it wasn’t just the T20, but the 50-over that we lost twice to start and won both trophies, so you can’t dwell on one game too much and we know that.

“There’s a lot of cricket left to go and in the last two years, when our backs have been against the wall then we have played some really good cricket. I’m sure we’ll be really raring to go at Northampton.”

Northamptonshire also got off to a losing start to their T20 season, despite racking up 218-3 against Leicestershire as Ben Duckett scored 96 off 54 balls, Josh Cobb 56 off 33 and Alex Wakely 51 off 24.

The Foxes, however, completed a successful run chase with two balls to go as several batsmen chipped in before new captain Colin Ackermann guided his side home with 66 not out from 31 balls.

Gurney expects a serious examination at Wantage Road as both sides look to get their Blast campaign up and running.

“Every team have danger men in it and Ben Duckett is definitely one of them for Northants, but he’s by far from being the only one.”

He adds: “I don’t think we played there last year, but we can expect them to be a strong team because they have won it twice in the last few years.

“They are definitely not to be underestimated and I’m sure it will be a good night of cricket down there.

“Every team have danger men in it and Ben Duckett is definitely one of them for Northants, but he’s by far from being the only one.

“He is one we will try to do a bit of homework on and try to come up with some plans to get him out.

“We’ve got plenty of good players in our team too who they will be doing their homework on, so we’re looking forward to have a chance to bounce back.” 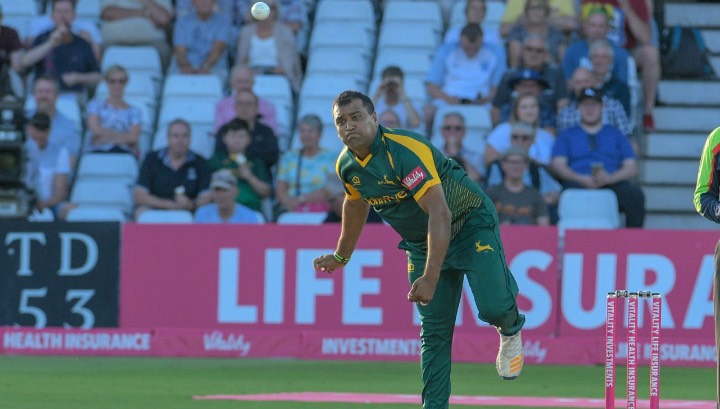 With little time between games in this format, the Outlaws must regather themselves quickly before heading down the M1.

Gurney insists that the Outlaws, along with the coaching team, will be striving the put things right after a below par display, which he hopes will not deter a ‘fantastic crowd' from returning to other home matches, with Durham Jets the next up in Nottingham on Tuesday 17 July.

“There was a great crowd in for the Bears game, which we were all really excited to play in front of, so it wasn’t for lack of effort that things turned out as they did.

“It is disappointing that with so many in the ground we couldn’t put on a better show for them, but we hope that they enjoyed the occasion anyway and will continue to come back and support us in the rest of the comp.

“As long as everyone continues to prepare really well and works really hard in training – which I can 100 per cent say that we did in the days leading up to the first game – then I think it will serve us well at Northants and beyond.”

“As long as everyone continues to prepare really well and works really hard in training then I think it will serve us well at Northants and beyond.”

The Outlaws will have to play the rest of their 2018 T20 matches without Chris Nash, who injured himself in attempting to take a diving catch offered by Adam Hose.

X-rays have found that the former Sussex man has damaged the AC joint in his right shoulder, which has ruled him out for the next two matches.

Gurney says: “Of course it’s a blow to us because he’s a quality proven performer, who’s a positive influence in the dressing room.

“But there were two or three guys who missed out against the Bears who are very good cricketers and will come into the frame.

“It will be an exciting opportunity for someone else and that’s a silver lining, but we’re obviously disappointed for Nashy.”

With Nash and Jake Ball - who is on England ODI duty - dropping out of the squad, the Outlaws have added Will Fraine, Paul Coughlin and Matt Milnes to their 14 who will travel to Wantage Road.

It is the first time Coughlin has made a senior squad since his shoulder surgery but, if selected for the final XI, he will play as a batsman only and is not yet able to bowl.

Notts Outlaws are next in action at Trent Bridge on Tuesday 17 July against Durham Jets. Be part of it - secure your seats now...