Alex Hales believes he and his England team-mates can top 500 in a One-Day international innings in the not-too-distant future after hitting a world record 481-6 at Trent Bridge.

The Notts Outlaws batsman, who demolished Australia’s bowling with a knock of 147, also believes it will not be long before one of his fellow countryman hits an individual score of 200 in 50 overs.

And Hales see no reason why both landmarks can’t be toppled soon rather than later given the form of England's batsmen and the ultra-positive approach they have adopted following a review after a disappointing 2015 World Cup.

“Even since the last 50-over World Cup, the standard has gone through the roof.”

“There were murmurs of it (getting to 500) when Morgs (Eoin Morgan) came out to bat but they bowled well at the death and it wasn’t to be,” he said.

“We had a little tongue in cheek moment where we said ‘today’s the day, this is where we’re going to do it’, particularly when we got past the 444, but unfortunately it wasn’t to be.

“But who knows? The way the game has progressed in the last few years, there’s no reason why it can’t happen. Even since the last 50-over World Cup, the standard has gone through the roof.

“We’ve spoken about it since the last World Cup... about not having a ceiling, no limits or targets, as to what we can do as a team.

“In terms of one of us getting 200, we have had chances to do it. I think if Jason had stayed in, he could have done it at Trent Bridge and we had a chance at the Grange against Scotland. 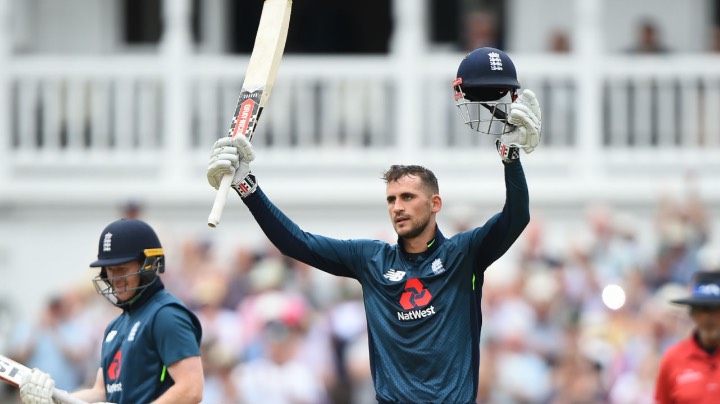 “We’re not far off of getting that score, but it’s not something we talk about day in, day out. I think it will take care of itself the way we are heading as a team – I don’t think it’s far off.”

Hales’ momentous knock followed his 171 in the previous record high ODI team score of 444-3, also set at Trent Bridge by England, against Pakistan in 2016.

His second highest score for England in the 50-over format was compiled off just 92 balls and contained 16 fours and five sixes, having the crowd jumping out of their seats at regular intervals.

The right-hander made sure he savoured every moment at the ground where he has grown up playing his county cricket – and where he now averages 88.20 in ODIs.

“It was a special to do it at my home ground and to do it in a record score means it’s one of those days I’m never going to forget.”

He said: “It was a special to do it at my home ground and to do it in a record score means it’s one of those days I’m never going to forget.

“I know Trent Bridge really well as my home ground. I know that it’s a fast-scoring ground, and I just came in to play good strong shots at the start. Once you get yourself in, you can expand a bit more and some more expansive shots.

“I think it does help when I know I’m going into a match at Trent Bridge because every ODI I play here, I go into it in a good head space. I’ve got good memories here of playing for England – and Notts as well.

“There’s no better feeling and no better team to do it against. There’s a great rivalry and any time you get to play against Australia is a huge honour.

“That is probably our best ever team performance in terms of what we did with the bat, the way we fielded and the way the spinners bowled against a strong, tough nation.” 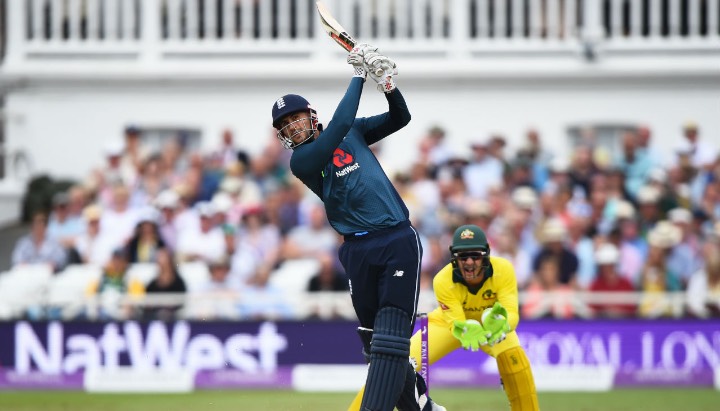 Even now, Hales knows that he is by no means certain of a place in the team once all-rounder Ben Stokes returns from injury, simply because England boast an embarrassment of riches in a talented squad.

Hales averages 38.10 in 63 ODIs and now has six hundreds and 13 fifties to his name, with a strike rate of approaching 100, but remains realistic about his chances.

“Stokesy is obviously going to slot straight back in because he is one of the best all-rounders in the world so at the moment there are three of us (Bairstow and Jason Roy are the others) fighting for two spots currently,” he said.

“Whether that changes, I don’t know. A lot can change in a year, as we have seen, so I’m just going to hopefully take my chance if it comes.

“Being on the fringes of the England team makes you about as hungry as you ever can be.”

“I think staying motivated shouldn’t be a problem. Being on the fringes of the England team makes you about as hungry as you ever can be to string together good performances.

“You just have to make sure you are fit and ready for whenever your chance comes, so I don’t think they’ll be any problems of me maintaining a desire and hunger to improve.

“I guess the situation hasn’t changed in that there are two guys still ahead of me. I just have to keep scoring as many runs as I can and the Trent Bridge match was an occasion when I managed to do that.

“It’s a nice problem for the selectors to have that we have a squad as strong as it is at the moment. We have guys who aren’t even in the 15 who are knocking on the door.”

Missed out on watching England’s world record score? Don’t miss out on seeing them in this summer’s Trent Bridge Test match against India. Book today for £20 tickets.