Chris Nash is the first to admit that his Notts career did not get off to the flyer he’d hoped for, but he’s been around the county circuit long enough to know that fortunes can soon change.

The 35-year-old batsman and his fellow top order players found it extremely challenging to face the red ball that moved around prodigiously in early season Specsavers County Championship matches. April and early May are, after all, rarely profitable times for those tasked with scoring runs.

But a change to the white ball, accompanied by warmer weather and, to some extent, flatter pitches, has tipped things away from the bowlers towards the batsmen.

Former Sussex man Nash is one of those to have benefited, getting into the swing of the season with fifties against Lancashire and Leicestershire and an important 40 last time out in the game at Durham.

Entering the fray with the Outlaws up against it at 73-5, he teamed up with Captain Steven Mullaney to share a vital 86 for the sixth wicket that helped Notts up to a competitive total of 255 all out, with the skipper hammering a brilliant 124.

“It’s quite knew to me to be at number seven, but I’m enjoying the challenge.”

Nash is just pleased to have played his part – including with the ball, having claimed crucial wickets against Worcestershire and Durham – and hopes he can continue to do so as the 2018 summer progresses.

“The way the season has gone for me personally so far, it’s been tough,” admits right hander Nash. “It’s hard work in April in the Championship and you don’t see all that many runs and centuries being scored. I didn’t score the runs I wanted, especially when you are trying to make a good impression.

“Since the one-dayers started, it’s been a bit frustrating because I’ve got a few decent starts, and a couple of fifties, but haven’t managed to kick on and get a really big score.

“That was particularly the case at Leicestershire when I should have had 80, 90 or even a hundred as I felt I was going well and in good nick, but I’m starting to get some confidence back.

“It’s quite new to me to be at number seven, but I’m enjoying the challenge. At Durham it was a case of trying to regroup and repair, which Mull and I managed to do, but you could also come in where you need to hit out from the off. 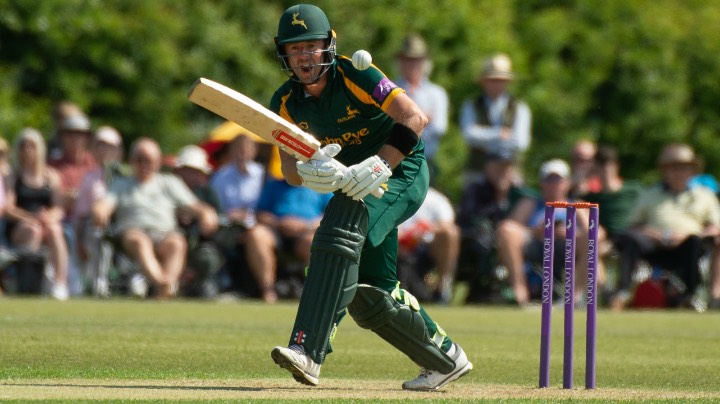 “I started out as a spinner and that’s always been a key part of my game, but I’ve not had a huge amount of bowling in the past couple of years, so it’s been good to make an impact with that.

“I’ve worked at it over the winter so I could contribute if needed, and to get a couple of key wickets in (Ross) Whiteley and (Tom) Latham has helped me do that. Hopefully there is more to come with bat and ball.”

Nash is one of several changes to the Outlaws squad that beat Surrey in last year’s final at Lord’s, a feat the class of 2018 are eager to emulate.

The likes of Chris Read, Michael Lumb and Greg Smith have retired, James Pattinson is back home in Australia and Brendan Taylor in Zimbabwe, while Stuart Broad is resting up after the recent England-Pakistan Test series.

Replacing them, in addition to the Outlaws’ number three, have been the likes of Ross Taylor, who has come in as an overseas player, Tom Moores as wicketkeeper, Will Fraine as a batsman, and Jack Blatherwick, Matt Carter and Jake Ball as bowlers, the latter being injured for the knockout stages of last year’s competition.

“The way we have bowled and fielded in the last two games has been superb.”

Nash believes it is to Notts’ immense credit that they have absorb so many changes and still found a way to win under pressure.

He adds: “The way we have bowled and fielded in the last two games has been superb. At the halfway stage of both games, I think the majority of people thought we might be going out of the competition because we hadn’t scored enough with the bat.

“Against Worcestershire on a wicket that was turning, we got ourselves up to a score that we were able to defend with what I thought was our best performance all year in the field.

“At Durham we lost early wickets but we managed to stabilise things and then Mull’s knock was as good as you will get – world class.

“At one stage we were aiming to get around 230, so to get up to where we did was a great effort. We then built up the pressure with our bowling and Carts (Carter) did brilliantly to finish it off towards the end. 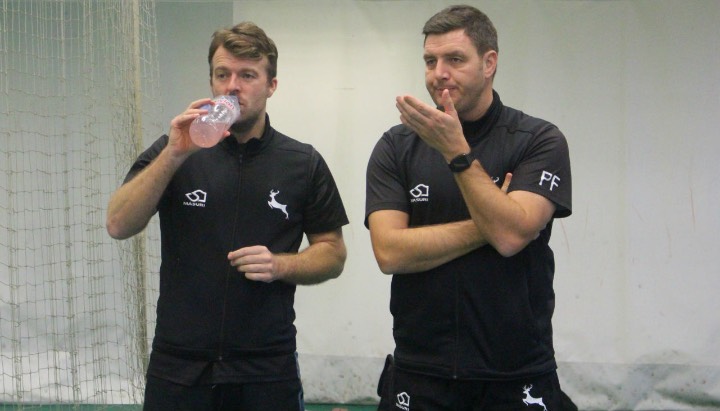 “It’s a very different team to the side we had here last year, with slow bowlers to the fore, but we are still finding a way to win.”

Standing in between the Outlaws and a place in the knockout stages of the Royal London One-Day Cup tomorrow at Trent Bridge (2pm start) are a Derbyshire Falcons team who have had an up and down 50-over campaign so far.

They have won four and lost three of their games and must win under the floodlights to be in with a shout of going through on run-rate, depending on the results of Warwickshire-Worcestershire and Yorkshire-Northants.

For Notts, who are one point better off, the equation is much simpler… victory sees them through, lose and their title defence is over.

“I know there is a bit of rivalry there, and the Forest-Derby history adds a bit to that,” says Nash. “I’m sure there will be a great atmosphere for the game.

“I know there is a bit of rivalry there and I’m sure there will be a great atmosphere for the game.”

“I’ve obviously not played in this before, but I have played in Sussex-Hampshire matches that they used to call ‘El Classicoast’ and the matches with Surrey could also be quite intense, which probably has something to do with the Brighton-Palace rivalry.

“We have had a strong following for all our home games, from the Family Fun Day, where the 14,000-plus crowd we had in was unreal, to the game against Worcestershire in the school holidays last week and the match at Welbeck, which had an amazing atmosphere too.

“I’m sure we will have another good crowd for this one, with quite a few travelling from Derbyshire, and that is only going to help players of both sides produce their best cricket.”