Trent Bridge legend Derek Randall says Nottinghamshire bowler Stuart Broad will richly deserve reaching 400 wickets in Tests, as the paceman is expected to do in New Zealand this week.

Retford-born right-handed batsman Randall, who scored more than 25,000 first-class runs for his home county, has watched with interest as the son of his one-time teammate Chris has blossomed into one of the country’s most prolific wicket takers.

Broad junior now stands on 399 victims ahead of the two-Test series, which begins in Auckland on Thursday.

“For Stuart to get to 400 will be an amazing achievement.”

And Randall, who toured New Zealand with England in 1978 and 1984, will be delighted to see the Nottingham-born seamer achieve the prestigious landmark.

Only nine other seam bowlers in Test history have reached that figure – Broad’s opening partner Jimmy Anderson is one of them – together with five spinners.

“For him to get to 400 will be an amazing achievement,” said Randall. “Of course, there are a lot more Test matches now and they don’t play much first-class cricket – you won’t find anyone getting 1,000 wickets now like Mike Hendrick and co used to do.

“That said, the players are a lot fitter now and train especially for the Test matches, which is the right thing to do. 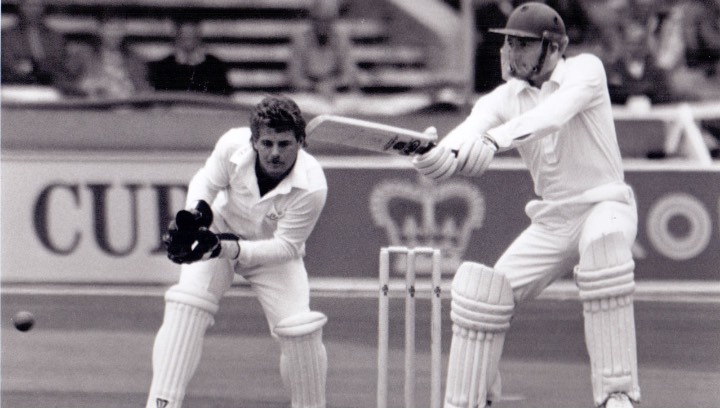 “You don’t get to take 400 wickets without having to put your body through a lot of pain, so Stuart will deserve all the praise he gets.”

Randall was thrilled to play so much cricket with New Zealander Richard Hadlee during his playing career – and the Kiwi pacemen helped Notts achieve plenty of trophy success.

But it is a memory from after the one-time leading Test wicket-taker of all-time had left Trent Bridge that sticks out most brightly in Randall’s mind.

“Once (Clive) Rice and Hadlee finished, we did so well to win one of the trophies without them, because they were such an integral part of the side.”

He said: “Once (Clive) Rice and Hadlee finished, we did so well to win one of the trophies without them, because they were such an integral part of the side.

“That’s why I remember being so pleased to win The John Player Sunday League (in 1991), which we’d never won before.

“With those two great all-rounders having been so key, it was nice for the rest of the players to be able to prove we could ‘do it on our own’.

“It was an amazing effort and great to achieve in the latter stages of my career. One that I will never forget.”