With the 2018 season fast approaching, the new development at the Radcliffe Road End of Trent Bridge is in its final stages of construction (an artist's impression of the dining facility is shown above). In the second part of a two-part feature, trentbridge.co.uk talks to those responsible for seeing the exciting project through to completion. 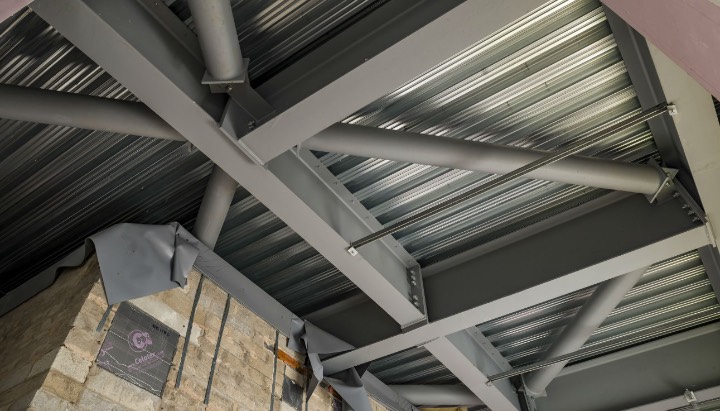 With all steelwork now in place (pictured above), the Bowmer and Kirkland team are currently focusing on putting in the glass panes that will enable near 360-degree views, not just of the ground, but towards the city, including Nottingham Castle, and out towards The Vale of Belvoir, Wollaton Hall, the City Ground, Nottingham Forest and Meadow Lane, Notts County.

The biggest chunk of that work will be completed by the time the tower crane is removed at the end of March, after which all materials will have to be carried up inside the building from floor to floor or via the lift.

After that, more than 800 tonnes of stone will be taken up from the temporary site compound that currently occupies a small section of the Trent Bridge outfield, and the fence that surrounds it taken down, ready for the outfield to be re-laid by a specialist team from Grantham-based Fineturf, led by Steven Pask, starting in mid-April.

While Goddon acknowledges that there still looks a lot of work to complete, he insists things will progress quickly over the next few weeks.

“If you look back how things were then, it makes you understand just how quickly things do move on.” Peter Goddon

“The best way to explain how much work is going to happen in the next month is to look at what happened in the last month,” he explains. “If you look back how things were then, it makes you understand just how quickly things do move on.

“You almost don’t see the building for what it is until it is almost finished because there’s lots of scaffolding. But all of a sudden, when you pull the scaffold down it appears ready-done, with not much left to do.” 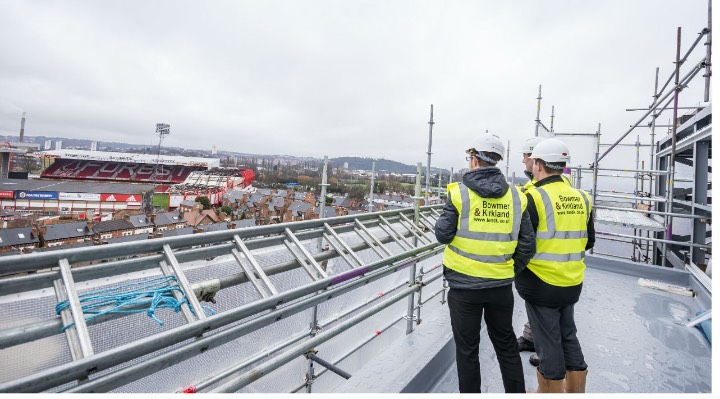 Overseeing the project for the Club’s point of view is Head of Operations, Tom Paterson (pictured above, middle), who has worked at Trent Bridge since 1994.

During those years he has played a major part in managing groundwork projects that has increased the venue’s seating capacity to more than 17,000, while managing to retain its sense of tradition and style that makes it a favourite of players, Members, supporters and the media alike. 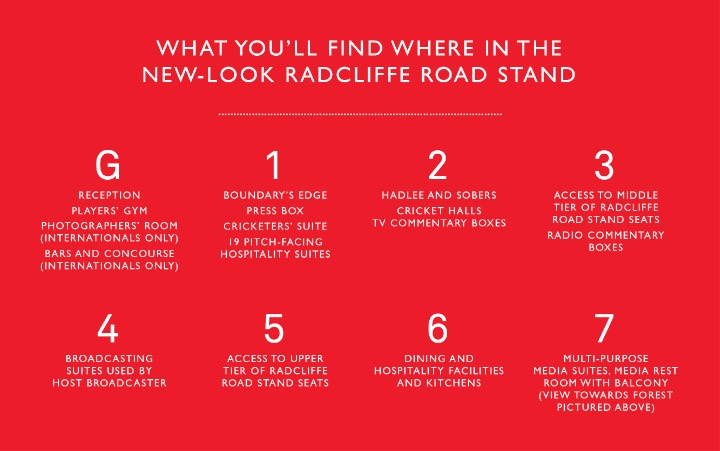 He says the Club’s involvement will increase further in the final stages of adding the final touches (such as those to the hospitality area pictured in the artist's impression below) so that the new facilities are in use for the Test match between England and India, which starts on 18 August.

Paterson says: “While the pitch is being laid and bedding in ready for the new season, and even when Notts team start playing back at Trent Bridge, work will still continue on the two new floors until the end of May. 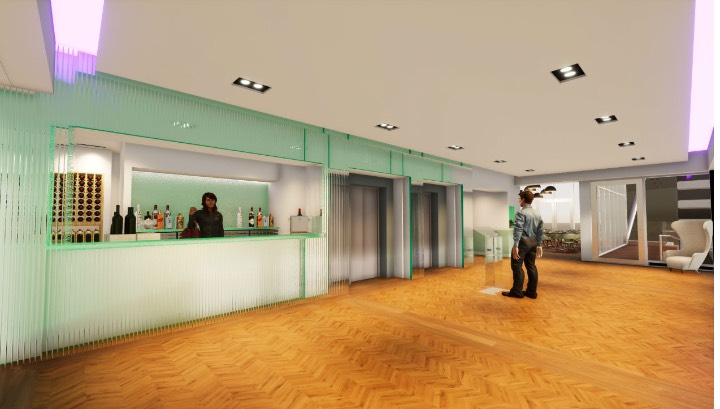 “It’s just that once the crane goes, things will be coming up through the back of the building up the steps; everything has to go up to the top of the stand by hand.”

Paterson remains quietly confident that work will be finished in time for the visit of the Aussies, who were last here for the memorable Test match of 2015, when Stuart Broad took an incredible 8-15.

“One of the biggest challenges of phase two has been the steelwork because of the sheer amount of it and the necessity of putting the crane up as well,” he adds. “The fact we’ve lost quite a bit of time – a bit for snow, frost and wind – impinges on the amount of time you physically have to put the sections in place and gives you less room to manoeuvre.

“This has been the most complex project I have undertaken at the ground as all the previous ones have been new buildings. The stand has been used and occupied throughout both phases so undertaking a project of this scale within a live building has added to the complexity of the project.

“The shell and glazing will be finished – making it 100 per cent weather-tight – for the start of the season.” Tom Paterson

“But the structure is done now – there is no more steel to go up – and the shell and glazing will be finished – making it 100 per cent weather-tight – for the start of the season. It’s then a case of completing the final fit-out, including the decoration, flooring and kitchens.

“The last stage is our responsibility. After the contractor has finished, it’s down to us as a Club to add any loose furniture and fittings, so the dining furniture, media seating, tables and the like. It’s almost like when you move into a house – it’s all there and you have to fill in the spaces.”

The finished spectacle (shown in the artist's impression below) promises to be quite something. It’s been four years in the making from planning to fruition, but it will almost certainly be worth the wait.

Read part one of this feature here. 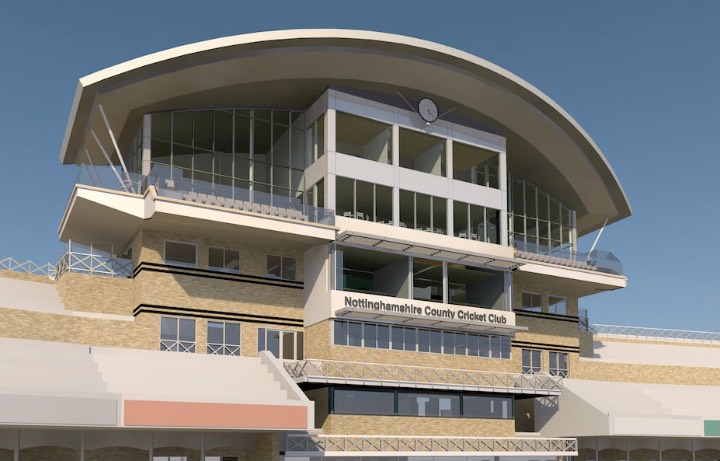