Whether it’s playing the numbers game against teammate Luke Fletcher, pedalling in Wattbike sessions over the winter or representing Nottinghamshire in first-class and List A matches, Steven Mullaney is fiercely competitive in everything he does.

So it was no surprise at all that when captaining the North in the recent series against the South in Barbados, he was determined to come out on the winning side.

Things did not immediately go to plan for the Notts number five and his team in that regard as they lost the first match to a South team who won last year’s series by a handsome 3-0 margin.

“There was a bit of chat after we were beaten 3-0 in the first game that the South were going to win 3-0, and we obviously didn’t want that to happen!”

But with the help of coaching duo Paul Franks – who is Assistant Head Coach at Trent Bridge in his day job – and Paul Collingwood, Mullaney helped to inspire the North to back-to-back wins and a 2-1 triumph.

“Winning was our aim when we went and we managed to do that,” said Mullaney. “I was lucky enough to captain a great set of lads, helped by the coaching staff and we had a great time.

“There was a bit of chat after we were beaten 3-0 in the first game that the South were going to win 3-0, and we obviously didn’t want that to happen!

“We just tried to create an atmosphere where it was quite relaxed but when it was work time we worked hard and I think we did that really well. I thought if we played to our capabilities we had a good enough team to beat the South and that proved to be the case in the last two games.” 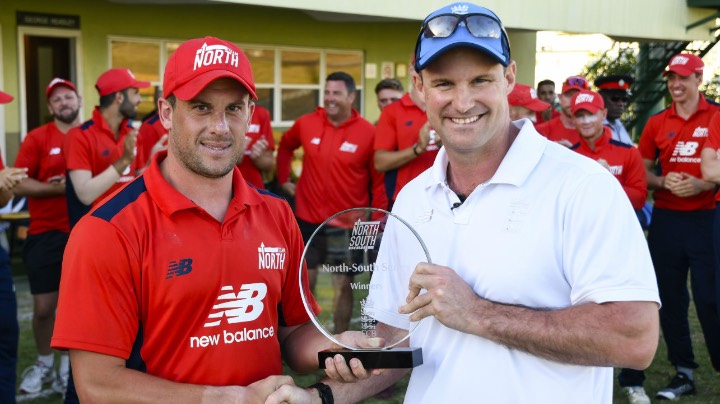 Mullaney, of course, will take charge of Nottinghamshire as skipper in succession to Chris Read when the competitive season begins at Lancashire on 13 April.

And while conditions and format will be completely different at Emirates Old Trafford to what he experienced in the Caribbean, his time spent leading the North was nevertheless invaluable in his eyes.

Mullaney added: “It was my first time captaining in a 50-over game, so that was useful in preparation for the Royal London One-Day Cup matches, which start in May.

“To get out there and be captain for 150 overs and get used to the role was really good.”

“Obviously the weather and pitches were different to what you are likely to get over here, so picking sides and bowlers in those conditions will be different, but to get out there and be captain for 150 overs and get used to the role was really good.

“One thing I was wary of going in was speaking to a new set of lads I’d not played with before, but I felt I did it quite well and responded, so hopefully that stands me in good stead with a group of blokes I do know really well at Notts.

It was a very successful series for Mullaney with the bat as he reeled off scores of 57, 42 and 52 in the three matches.

He hopes to carry that form into the new English domestic season, where he has hinted he may continue to open the batting. 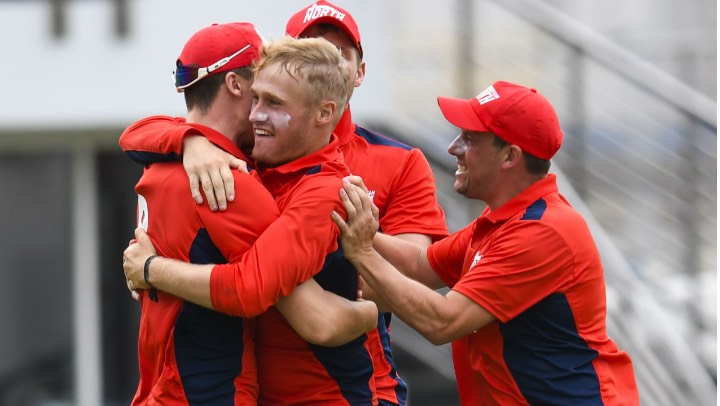 “I felt in good nick and was the oldest playing, so my experience probably helped me a bit and it was nice to spend some time in the middle,” said Mullaney.

“It was great to be able to contribute us winning a series as well.”

The North-South series was set up with the aim of testing whether the players selected had the ability and mental capacity to play at a higher level.

“I felt in good nick and was the oldest playing, so my experience probably helped me a bit.”

Mullaney is leaving others to judge if he successfully did that over the course of the three matches.

He said: “It’s a good question as to whether it does (put him in the frame for an international call-up), but you’ll probably need to ask other people to find out an answer.

“I went in with nothing to lose and I performed quite well, so if I have pushed my case, that’s great, if I haven’t then I will just carrying on performing as best I can for Notts.”

You can watch every ball of Notts' scheduled home matches in 2018 - in all three formats of the game including Vitality Blast - by joining our family as a Member. Adult prices start from £38 and you can become a Member by clicking here