In the first of a two-part feature, Academy wicketkeeping prospect, Tom Keast, tells trentbridge.co.uk how a stint in Australia has helped his development.

Tom Keast’s winter trip to Australia was as much a life lesson as a cricketing one – and an experience he has found invaluable in his overall development.

The 19-year-old Lincolnshire lad flew out to Sydney to play grade cricket not quite knowing what to expect from his antipodean adventure.

What he found, beyond the bright lights of the Sydney Opera House and Harbour Bridge, was that he had to graft hard to get by, both on the field and off it, in an environment where people worked hard for what they got.

“I’m so grateful to have been to Australia because it gives you a whole new perspective, not just on the cricket, but on your lifestyle as a whole.”

As a talented wicketkeeper and right-handed batsman Keast readily admits it was just what he needed and helped toughen him up, strengthening his resolve to make it to the very top of his chosen sport.

“The first week or so I met (fellow Academy player) Chris Gibson a couple of times and we went to see the sights of Sydney – all the touristy things,” says Keast. “But once October and November came around it was time to get down to work.

“I’m so grateful to have done it because it gives you a whole new perspective, not just on the cricket, but just on your lifestyle as a whole.

“Over there I was up at 5.30am, got the bus, worked until 4pm in the afternoon, then got the bus home and then went to cricket after that. 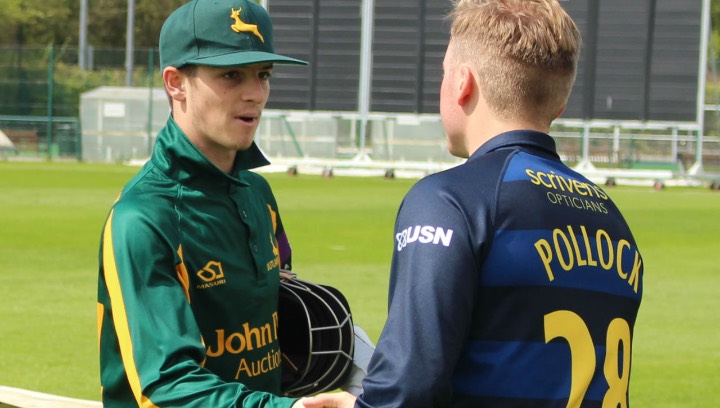 “I did all sorts of stuff for work while I was out there… a bit of grass cutting, a bit of labouring, I helped build a house and a car port. It was completely different to what I am used to.

“Cricket-wise, there would be no special programme and training every day or working specifically on fitness like at Notts. So whatever you did, you had to find the time to do yourself.

“It was quite refreshing in many ways to get out of the system and have to do your own thing and, coming back, I hope I have improved. It was definitely good for my self-discipline.

“Here you have coaches telling you to go into the gym, to net, to watch your fitness. Over there you did your club training and that was that, unless you did more yourself. It brought it home how lucky you are… to be able to wake up at 9am and then go and have a hit and then be done by 1pm and not have to do other work.”

“I did all sorts of stuff for work while I was out there… a bit of grass cutting, a bit of labouring, I helped build a house and a car port.”

Keast played his cricket for Blacktown, largely in the second grade, with 812 runs in 23 matches at a respectable average of 31.30, including a top score of 82 in his final match against Gordon.

But it is a measure of his determination to improve his game that he was not truly satisfied with those numbers.

He adds: “I got a few runs and did OK, but I still didn’t get the hundred that I wanted to get.

“In that sort of cricket it’s flat pitches with 400 playing 400 over two weekends. You could be 96 overs in the dirt on Saturday and then have to wait a whole week to bat. 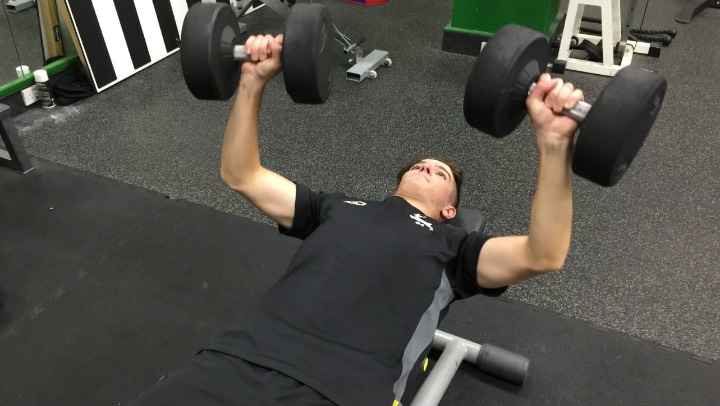 “That was unless, like happened with us a couple of times, both sides are bowled out cheaply and then you get two innings.

“It was a bit like going back to playing club cricket when I was 13 or 14. You train twice a week and then play on a Saturday and if you had a Sunday game, then you would play then as well.”

Although he was picked to play at Cambridge MCCU after a foot injury to Tom Moores, Keast has yet to make his senior debut after that fixture at Fenner’s was completely washed out.

Still, the teenager has been encouraged by that show of faith from the management, who have demonstrated their intent to go with younger glovemen following the retirement of Club legend Chris Read after 20 years at Trent Bridge.

“Cambridge was a massive confidence booster. It shows they have faith in me and think I can do it.”

“Credit to Mooresy because he has done outstandingly well,” admits Keast. “He’s scored runs when they’ve been needed and he’s taken some unbelievable catches as well. He’s worked hard for it.

“There’s competition, but it’s healthy competition. I get on with Mooresy, who’s a very nice guy, and I spend a lot of time with him.

“Cambridge was a massive confidence booster. They could have easily just signed another keeper and that would have been me down the pecking order.

“But that game shows they have faith in me and think I can do it. Now it’s just time to prove that by dominating in Second XI cricket and trying to make a name for myself.”