Former Nottinghamshire captain James Taylor has described the process of writing his autobiography, Cut Short, as 'emotional' ahead of its release this Friday (1 June).

Taylor, who has been back at Trent Bridge to sign copies that will be available in the Trent Bridge Shop, says the book sheds new light on the challenges he has faced post-retirement and how the condition has affected his day-to-day life.

"I actually find it fascinating talking about those chapters because I was incredibly lucky, I shouldn't have got through what I did get through."

"It was an emotional experience writing this book, especially the times in which I got ill and was in hospital," said Taylor.

"But I actually find it fascinating talking about those chapters because I was incredibly lucky, I shouldn't have got through what I did get through.

"I loved doing the book, I loved telling my story. There's so much that people don't know.

"I know extracts came out in The Daily Telegraph, but those were just a tiny part of the story. 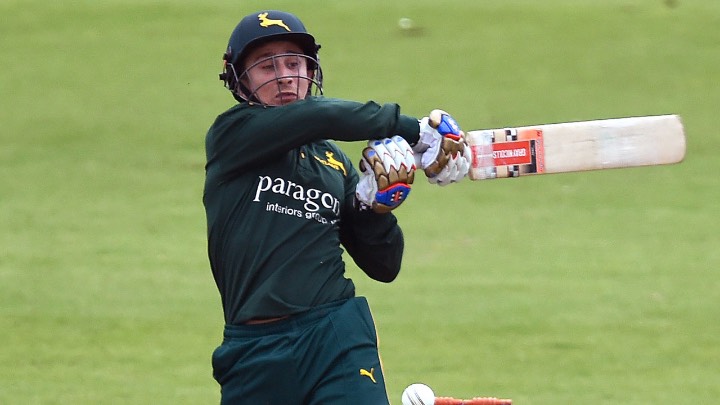 "I'm really excited for people to get a little bit of insight into my life."

Taylor retired with a stellar set of figures, averaging 46.06 and 53.11 in first-class and List A cricket respectively, including 35 centuries and 77 fifties.

He was also well-known for his ability in the field, particularly at short leg, where he took three stunning catches in his final series on the international stage, against South Africa.

"This is an opportunity for me to tell people the stuff they don't know."

"This is an opportunity for me to tell people the stuff they don't know," said Taylor.

"A lot of people assume they know all of my story, but honestly they don't know the half of it.

"I'm excited to tell some stories obviously about my career, about my illness and post-illness, trying to fight back into the real world."

Signed copies of Taylor's book are available to buy from the Trent Bridge Shop, and you can secure your copy by clicking here.