MULLANEY WANTS FLYING START IN FIRST GAME AS 50-OVER SKIPPER

Steven Mullaney is looking to get off to a flyer as Notts Outlaws' Royal London One-Day Cup Captain when he leads them into action on his old stomping ground of Emirates Old Trafford.

His side take on Lancashire Lightning in a day-night game today as they launch the defence of the trophy won in style at Lord’s last July.

The 2017 campaign saw the team defeated in their first two matches against Worcestershire and Yorkshire but come back to qualify for the knockout stages before beating Somerset (quarter-final) Essex (semi-final) and Surrey (final).

“The word momentum gets thrown around a lot, but the sooner you can start to find the winning formula, the better.”

Mullaney, however, doesn’t want the Outlaws to make life hard for themselves this time and is seeking a winning start.

“We are not going to try to lose our first two games, that’s for sure,” said the former Lancashire player. “The word momentum gets thrown around a lot, but the sooner you can start to find the winning formula that can help you get out of the group, the better.

“That’s what we’ll be trying to do this year, starting with our game today. The dynamic of the team will change slightly with a different batting order and things like that.

“We have only got a small squad to pick from, but we have still got a few options and I’m confident if we play our best cricket than we can compete with anyone else in the country.” 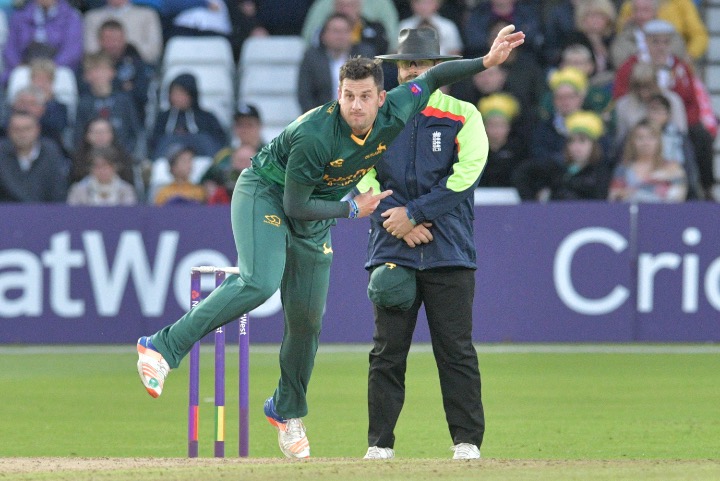 A quirk of the fixture list means that Notts will be playing Lancashire for the third time this season, having only played six competitive fixtures in all.

But Mullaney insists that past history counts for nothing, especially given the change of format from red to white ball cricket.

“Yes, we have played them twice already, but that was in four-day cricket and this match is whoever plays the best over 100 overs wins the game.

“We know they have got a strong slow bowling attack and some good seamers.”

“We know they have got a strong slow bowling attack and some good seamers, so we are expecting a big field and it’s possible the wicket might turn, but we will see what we get and try to pick a side to win the game.

“We haven’t had much time to have a rest after the five Championship matches. It’s been a case of getting in some white ball training and getting ready to go.

“But we’ve known that all along since the fixtures came out – and it’s the same for all teams – so the aim will be to hit the ground running.”