The 31-year-old took over the role at the start of this season following the retirement of long-term skipper Chris Read at the end of the 2017 campaign.

He has led the Green and Golds to the top of the Specsavers County Championship Division One table after five matches in an excellent start in four-day cricket.

And he has also steered the Outlaws to a positive opening in defence of the Royal London One-Day Cup title they won last year – impressing Head Coach Moores with the way he has conducted himself.

“In some ways it was tough in following someone who had done it for such a long time in Chris (Read), but Steven’s done really, really well,” he said.

“There are two things you have got to do well to be a successfully Captain. Firstly you have to manage the team and be tactically very good, but equally important is to manage your own game.

“He has managed to do that, scoring the first hundred for the Club this season in County Championship cricket and backing that up quickly with two 70s in our first two games in one-day cricket.

“Captaincy-wise, with tactics, he has always been sound. I think he has always captained inside his own head for most of his career, as people like that do.

“What he’s doing now is showing real calmness in pressure situations. We have seen him do it in the last few one-dayers, which is coming across well with everybody. 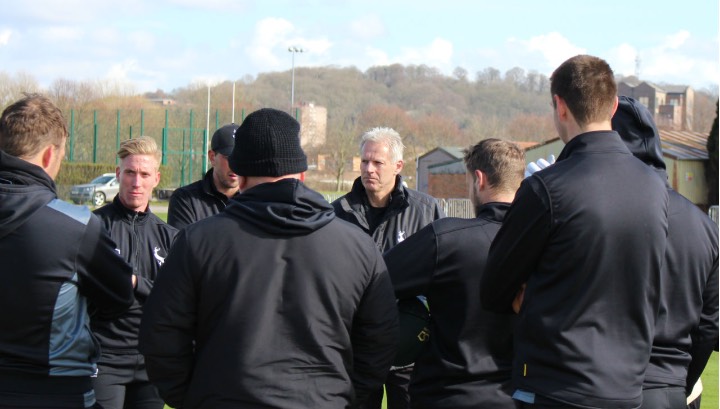 “He’s measured. He’s allowing others on the field to get involved at the right time, but when he needs to take charge he is doing that.

“He has started really well, but he’ll need our support as off-the-field management because it’s a long season. Hopefully we are going to be successful and get some more pressure situations where he is going to have to step up and do the business.”

Moores has been delighted to see that Mullaney has struck the right balance between remaining a popular part of the team group and taking a step back.

He has also seen someone who is not afraid to make difficult calls when the need arises.

“Steven has always been someone who has been the heartbeat of the dressing room, and that’s still the same, which is the biggest compliment I can pay him.”

Moores added: “Steven has always been someone who has been the heartbeat of the dressing room, right in the middle of everything, and that’s still the same, which is the biggest compliment I can pay him.

“That’s what you hope for when someone becomes Captain… you hope that he doesn’t become a different person and he’s been exactly the same bloke.

“Yes, you are now running the team, so sit part-way between management and the players, but it hasn’t really affected how he has gone about his business, which is great, and the lads have really appreciated that.

“At times there are tough decisions to make, which goes with the job that he’s got, but they are never personal and about what’s the best for the team.”