Centuries from Joe Root and Gary Ballance safely guided Yorkshire through to a draw on the final day of their Specsavers County Championship match against Nottinghamshire at Trent Bridge.

The England Test captain scored 130 not out and Ballance was unbeaten on 101, with the visitors on 277 for two with the captain’s agreeing to shake hands with 17.4 overs still remaining. Yorkshire had been set to score a nominal 447 after Notts had declared their second innings overnight on 329 for five.

Root scored his runs from 189 balls, with 18 fours, sharing in a stand of 253 with Ballance, who reached his century with a six off Samit Patel just before the close.

The two experienced batsman resisted everything that Nottinghamshire threw at them, as the hosts rang the changes in an attempt to get some assistance from a surface that became increasingly benign.

Paul Coughlin, unlucky to have Root dropped on eight in the first innings, was again left frustrated after the entire Nottinghamshire team appealed confidently for a catch down the leg side when the same batsman was on 46 second time around.

Root responded to the threat by hitting four of his next five deliveries to the ropes from the former Durham all-rounder.

Before tea both batsmen reached 50, Root from 92 balls, and the increasingly obdurate Ballance from 167.

Both advanced to three figures but turned down the possibility of pressing for an unlikely win by agreeing to settle for the draw.

Whilst the cricket action in the first session of the day was intense enough for anyone, much of the attention had been directed to what had gone on before a ball had been bowled.

Nottinghamshire skipper Steven Mullaney had decided that his overnight lead was sufficient, leaving Joe Clarke on 97 not out. 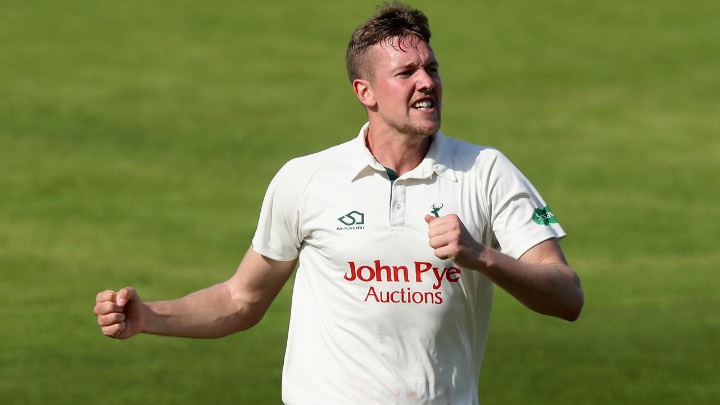 Jake Ball gave the hosts the perfect lift, by removing both Yorkshire openers within the first 11 overs of the day. Harry Brook had made only two before edging to third slip where Chris Nash took a sharp catch. Adam Lyth, on 21, then misjudged a leave and deflected the ball back onto his stumps, uprooting two of them spectacularly.

Root was greeted by a fierce first ball bouncer from Stuart Broad that thudded into his helmet but there were few other moments of real discomfort as he stroked his way to his 26th first class hundred, his seventh in Yorkshire colours.

Notts haven't beaten the White Rose at home in the County Championship since 2008 but claimed a moral victory by taking 12 points from the match, compare to Yorkshire's nine.

Both counties return to action on Thursday, Notts at home to Somerset, Yorkshire away at Hampshire.

Watch every ball of Nottinghamshire's 2019 Specsavers County Championship campaign, as well as all seven T20 Vitality Blast games and all four Royal London One-Day Cup matches from £29 as a Member. Find out more here...