FRANKS KEEN TO WIN BRAGGING RIGHTS FOR THE FANS

Paul Franks has described the East Midlands Derby as a fixture which “transcends all others” for Notts, as the Outlaws prepare to face the Derbyshire Falcons in the Vitality Blast at Trent Bridge.

Notts have named an unchanged 14-man squad for the game, having secured a win at Birmingham last weekend before rain caused the clash at Durham to be abandoned.

The Mansfield-born Assistant Head Coach featured in 30 clashes between Notts and Derbyshire as a player, winning 19 of them, and he is fully aware of the passions the game can inflame in supporters.

“I don’t want to underestimate any fixture, but there’s always extra spice in a local derby,” said Franks.

“You have to appreciate that it’s going to affect a lot of people. It’s not just another game.

“There’ll be people coming to the ground that work with people from Derby or from Nottingham who’ll be desperate for us to win so they have the bragging rights.

"The two points for a win are just as important as for any game, but there’s a little bit more on the line with the history between the sides.”

This will be the second clash in the last month between the Outlaws and the Falcons, following Notts’ victory at the Pattonair County Ground by 27 runs.

But Franks admits that the derby-day atmosphere at Trent Bridge is a different beast to that found at the other end of the A52.

“It’s different to playing at Derby, where it’s a smaller ground,” he said.

“At Trent Bridge we get a fantastic atmosphere, the crowd is a lot bigger and they’re quite close to the action.

“Once they get going, they offer a vast amount of support to the guys on the pitch.”

The green and golds’ triumph last month came courtesy of quickfire runs from Alex Hales and Ben Duckett, before Harry Gurney turned in a career-best performance with the ball. 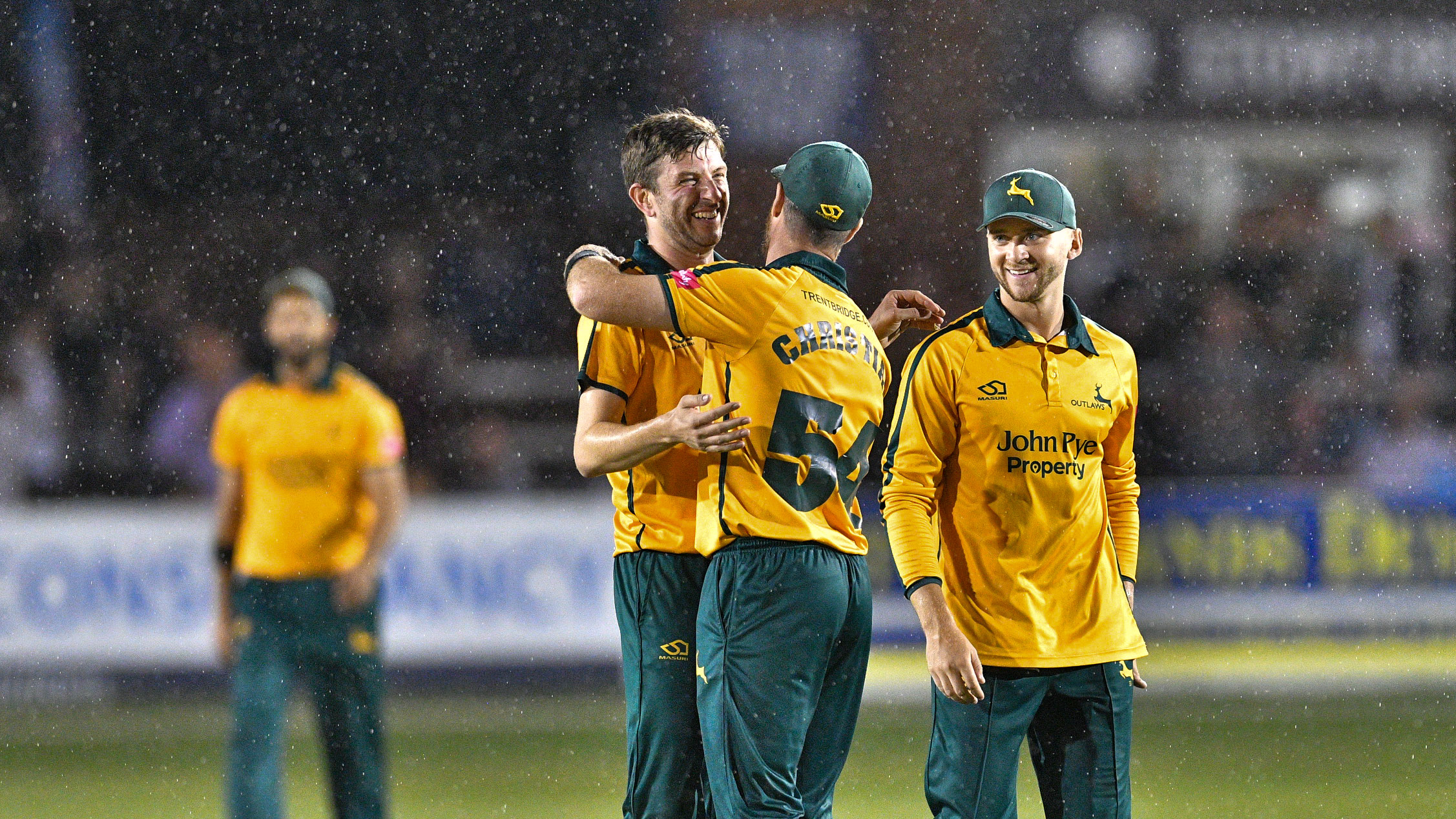 The left-armer’s figures of 5-30 were enough to extinguish the Falcons’ hopes of chasing down 198 to win, but Franks saw enough from the opposition to be wary of the threat they can pose again this week.

“They’ve been a good T20 side for a period of time now,” said Franks.

“They’ve got good batsmen and bowlers, they field well as a unit, and they’ve developed a method that works well for them.

“They can make life difficult for any team they face, so we’re going to have to be at our best as we move through the weekend and into the latter stages.”

The congested nature of the North Group table means that Notts still need to finish the group stages strongly, despite currently occupying the second of four quarter-final qualification places.

Franks is confident that Dan Christian’s side are starting to hit their straps, but is calling for more consistency in the latter part of the competition.

“You’re looking to be consistent in the basic attacking and defensive areas of T20 cricket, and to be aware of the slightly different tactics you might need in every game.

“You know that the quality of your fielding is going to be put under pressure as well, and we need to be able to deal with that.

“We’ve played some really good stuff in the Blast so far, but we need to put a collective of two or three games together to put ourselves in a strong position.”

Peter Moores relishes the challenge of 'tough' week ahead

All In | Coughlin Reveals That Injuries Left Him Contemplating Cricketing Future