Peter Trego has become the third addition to the Nottinghamshire squad ahead of the 2020 season, after signing a two-year deal with the county.

Since making his professional debut in 2000, the all-rounder has amassed some formidable statistics - and earned a place amongst the top performers in the county game. 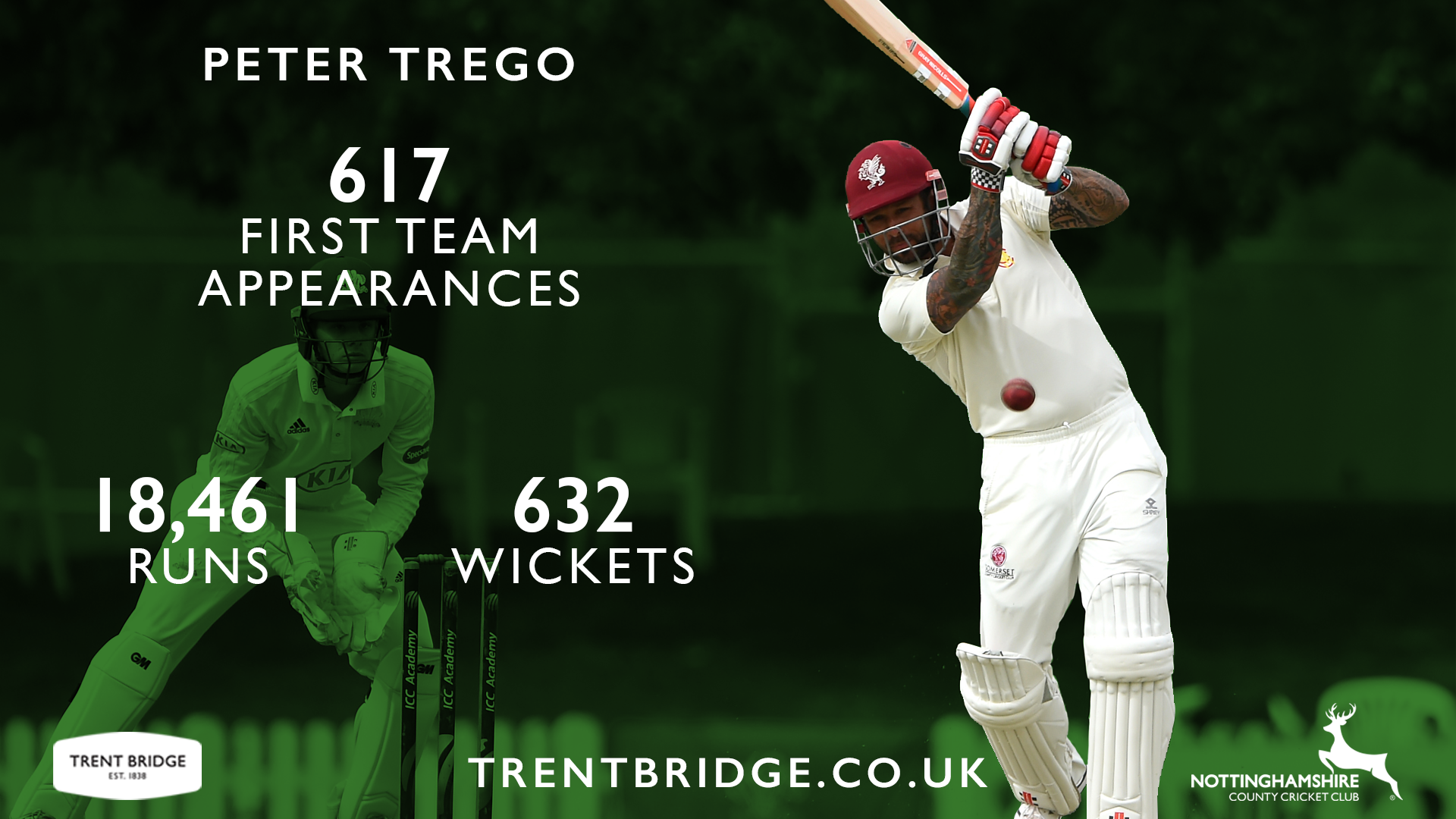 The right-hander’s runs include 25 centuries – 15 of them in First-Class cricket, with ten coming in List A encounters.

Two of Trego’s statistical high-points came in the 2016 season.

Batting at number six, Trego played his part in a first-innings rearguard action for Somerset at Old Trafford.

The all-rounder’s unbeaten 154 was scored at almost a run a ball, and helped the visitors to an eighth-wicket stand of 236 – the highest in the county’s history.

Trego’s medium pace has also been a consistent threat throughout his career, particularly with the swinging red ball.

His First-Class career best came at Headingley in 2014, taking 7-84 to go with first-innings figures of 4-69 against Yorkshire.

Trego has earned a reputation as a hard-hitting T20 performer in his sixteen-year career in the format.

With 3,273 runs, he is Somerset’s second-highest run-scorer in T20 cricket, while his overall twenty-over strike rate stands at 125.71.

With 897 runs and 67 wickets in the season, Trego overcame tough competition to be named the Professional Cricketers’ Association’s Most Valuable Player in 2012.

The all-rounder triumphed over Darren Stevens, Moeen Ali and Chris Nash to take home the title.

2 goals scored in football as goalkeeper

Trego has enjoyed a number of stints in professional football, having played in goal for Margate, Weston-Super-Mare, Clevedon Town, Chippenham Town and Bath City.

In 2005, Trego made Margate history by scoring direct from a 70-yard free kick – a strike described as a ‘wonder goal’ by the Thanet Times.

Seven months later, Trego once again made an improbable impact on the footballing landscape, scoring from his own half on his Chippenham debut in an FA Trophy tie.

VOTE FOR YOUR NOTTS RED-BALL TEAM OF THE DECADE

LISTEN: BALL AND FLETCHER GUEST ON THE TALK OF TRENT BRIDGE PODCAST

MULLANEY HOPING TO LEARN FROM THE WORLD'S BEST IN THE HUNDRED

TOSS TO BE EMPLOYED BEFORE ALL 2020 COUNTY CHAMPIONSHIP GAMES

TREGO KEEN TO PASS ON WISDOM TO HIS TRENT BRIDGE TEAMMATES