Tom Moores, Nottinghamshire’s wicketkeeper, batsman and reigning player of the year, has been awarded his first call-up for the England Lions.

The 22-year-old has been added to the Lions party contesting a five-match one-day series in India from 23-31 January.

Moores enjoyed a breakthrough campaign as first-choice gloveman at Trent Bridge in 2018, playing 36 matches across all competitions.

He scored 1,324 runs and claimed 54 dismissals during the campaign, averaging 29, 38 and 34 in the respective formats of the game.

“When Tom took over the gloves on a full-time basis last season, I said the best thing people could do was let him be Tom Moores and not be making too many comparisons to Chris Read," said Nottinghamshire Director of Cricket Mick Newell.

“Nevertheless, nothing changes the fact that the gloves at Nottinghamshire are big gloves to fill – and Tom has started his career excellently. 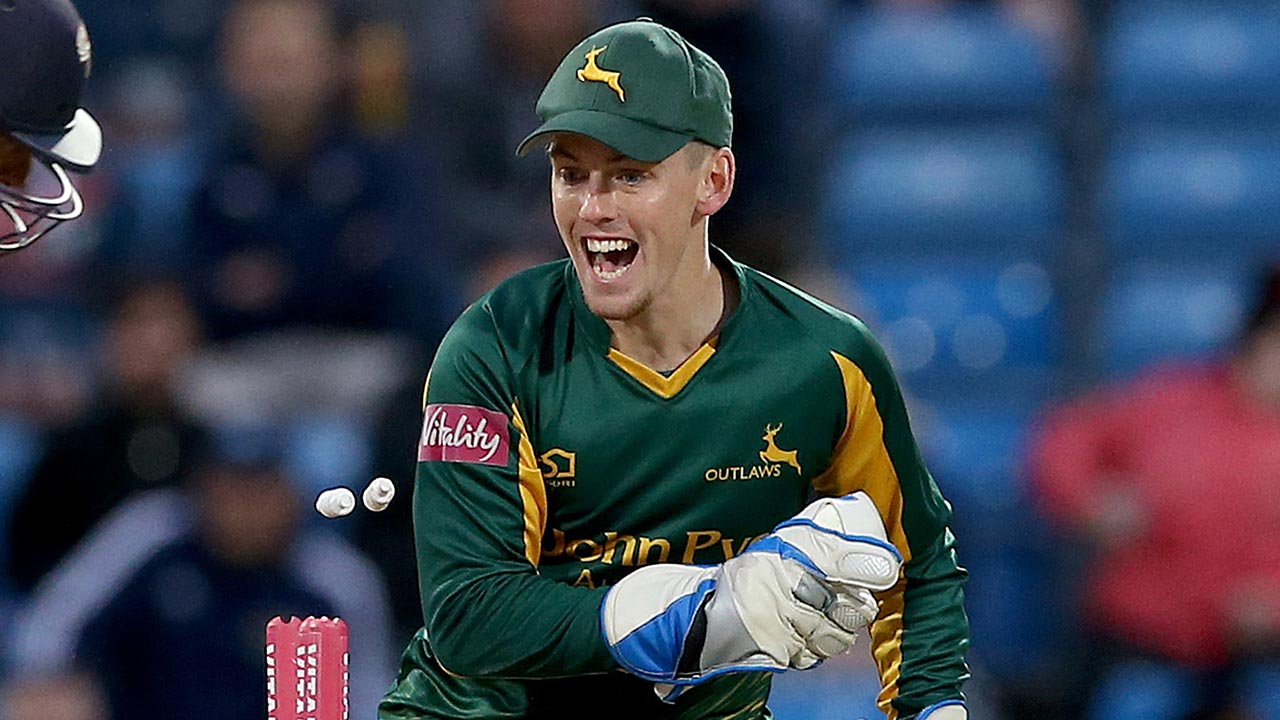 “He’s capable of playing as a specialist batsman, versatile in terms of where he bats in the order and - with the ability to score quickly when the need arises - he’s very much a modern cricketer.

“Since turning out regularly for our Academy team as recently as 2016, his game has certainly come a heck of a long way.

“He took on the responsibility admirably across all three competitions. His Player of the Year award and now a Lions call-up for the England Lions are fitting rewards for that.”

He joins fellow Outlaws Ben Duckett, Zak Chappell and Matthew Carter for the limited-overs leg of the tour, which comprises two warm-up matches and five One-Day Internationals. Chappell and Duckett will remain in India for the two four-day matches that follow.

“We want our young players to go on and play for England. This selection demonstrates that Tom’s ambitions in that regard are wholly realistic,” added Newell.

“The task for him now is to backup those performances in 2018 by playing well for the Lions and having more success with Nottinghamshire.

“That’s the same situation for all our players on the tour. We will be looking out for their progress and wishing them all the best.”