England have entered 2019 boasting lofty positions in the world rankings and with pundits tipping them for World Cup glory.

While the 3-0 whitewash in Sri Lanka in November propelled Joe Root’s red-ball side to second place in the Test standings behind India, Eoin Morgan’s ODI outfit have occupied top spot in the 50-over standings for some-time.

The three lions are third in the T20 standings, behind Pakistan and India.

Although England’s first assignment is an all-format tour of the West Indies starting on 23 January, it’s 50-over cricket that will dominate the early part of the British summer in the international arena.

A series against Pakistan is followed by our nation’s first ICC Cricket World Cup on home soil since 1999.

Trent Bridge is very much part of the action having secured the fourth Royal London One-Day International of the five-match series, prior to hosting five World Cup fixtures between 31 May and 20 June. 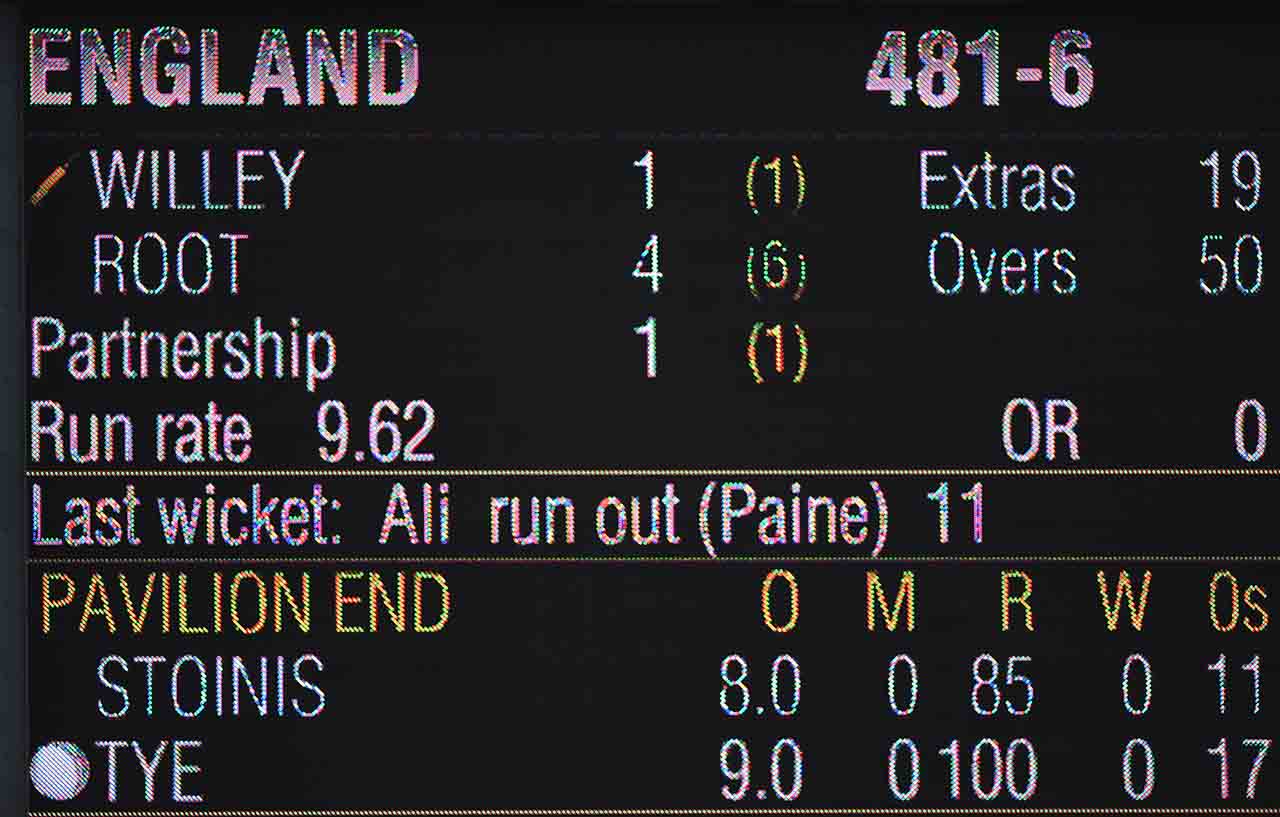 Former England captain Nasser Hussain, who played in the 1999 and 2003 editions of the competition, believes the host nation start the 2019 tournament in the box seat.

“I think England, playing at home as the number-one-ranked side, are favourites for the World Cup,” he said.

“The way that Eoin Morgan and the team have played over the last couple of years, they surely have to have a chance.

“It's a tournament we've been diabolical in over the years. The major threat to them is India. I'm going for an England versus India final, with England coming out on top.”

A shock defeat against Scotland aside, England’s record in ODI cricket in 2018 was exemplary.

Of the two scores posted in excess of 400 during the calendar year across the world, England were responsible for both – including the world record 481-6 against Australia at Trent Bridge.

Morgan’s men were the only team in the world to score their runs at above six runs per over during 2018.

“Under Eoin Morgan, England's men's team are going to win the World Cup for the first time,” Michael Atherton boldly predicted, while his fellow Sky Sports pundit Robert Key is also adamant that the quality of the three lions will shine through.

“They're in home conditions, they've been preparing for this since the last World Cup and in that time, they’ve become the best side in the world,” said the former Kent and England batsman.

“It's a great format with everyone playing everyone, there will be lots of great games and the best team will win in the end - and that's England.”

England conclude their preparations for the ICC Cricket World Cup with a Royal London One-Day International series against Pakistan, with the fourth match taking place at Trent Bridge on Friday 17 May.

Although no general admission tickets World Cup tickets are currently available, exclusive tickets for all five matches at Trent Bridge are available to Nottinghamshire members. Become a card-carrying member of our Club today…

On The Third Day Of Christmas The Outlaws Gave To Me: Three Fletcher Gems

On The Fourth Day Of Christmas The Outlaws Gave To Me: Four Stars Transferred

On The Fifth Day Of Christmas The Outlaws Gave To Me: Five Golden Wins

On The Sixth Day Of Christmas The Outlaws Gave To Me: Six Batsmen Not Playing

On The Seventh Day Of Christmas The Outlaws Gave To Me: Seven Outlaws Slimming

On The Eighth Day Of Christmas The Outlaws Gave To Me: Eight Batsmen Wilting

2018: the year when swingers had to learn new tricks