Nottinghamshire Head Coach Peter Moores is relishing the challenge as his side aim to turn the table on its head at Taunton starting on Sunday.

The Head Coach has named a 14-man squad for the clash against Somerset, with Paul Coughlin out injured and Stuart Broad absent as the ECB manage his workload ahead of a summer of Test cricket.

Academy all-rounder Liam Patterson-White could make his first-class debut after some lofty scores in the Second XI.

Zak Chappell, Jake Libby, Luke Wood and Matthew Carter, back at the scene of his debut ten-wicket haul in 2015, are also in contention having missed out against Essex.

“Somerset at Taunton is going to be a tough game," said Moores.

"We'll get ourselves excited for the challenge and go there with a clear view of how we're going to try and win the game.

"We've got to back ourselves as a team to go there and put the other side under pressure.

“In the Essex game, it would have been much more challenging for their batsmen to have faced Ashwin with some scoreboard pressure.

“County cricket gives you an opportunity to turn things around fast and we’ll work extremely hard to do that in this game.”

Nottinghamshire suffered defeat on home turf against Essex earlier in the week - a result captain Steven Mullaney attributed to a below-par performance with the bat in the first innings.

And Moores believes his side now need to take a 'one session at a time' approach as the season enters its second half.

"We shouldn't look any further than Somerset, or probably even the first session of that game," he said.

"We've had periods in games where we've started okay and suddenly, somewhere along the line, we've slipped.

“You have to respect the game, and work hard to get into a certain position where you can put your stamp on a match.”

As the Head Coach prepares to name his XI for the clash at Taunton, he is mindful of the variable conditions at the West Country ground in recent years – and of the impact being made by those on the fringes of the first team. 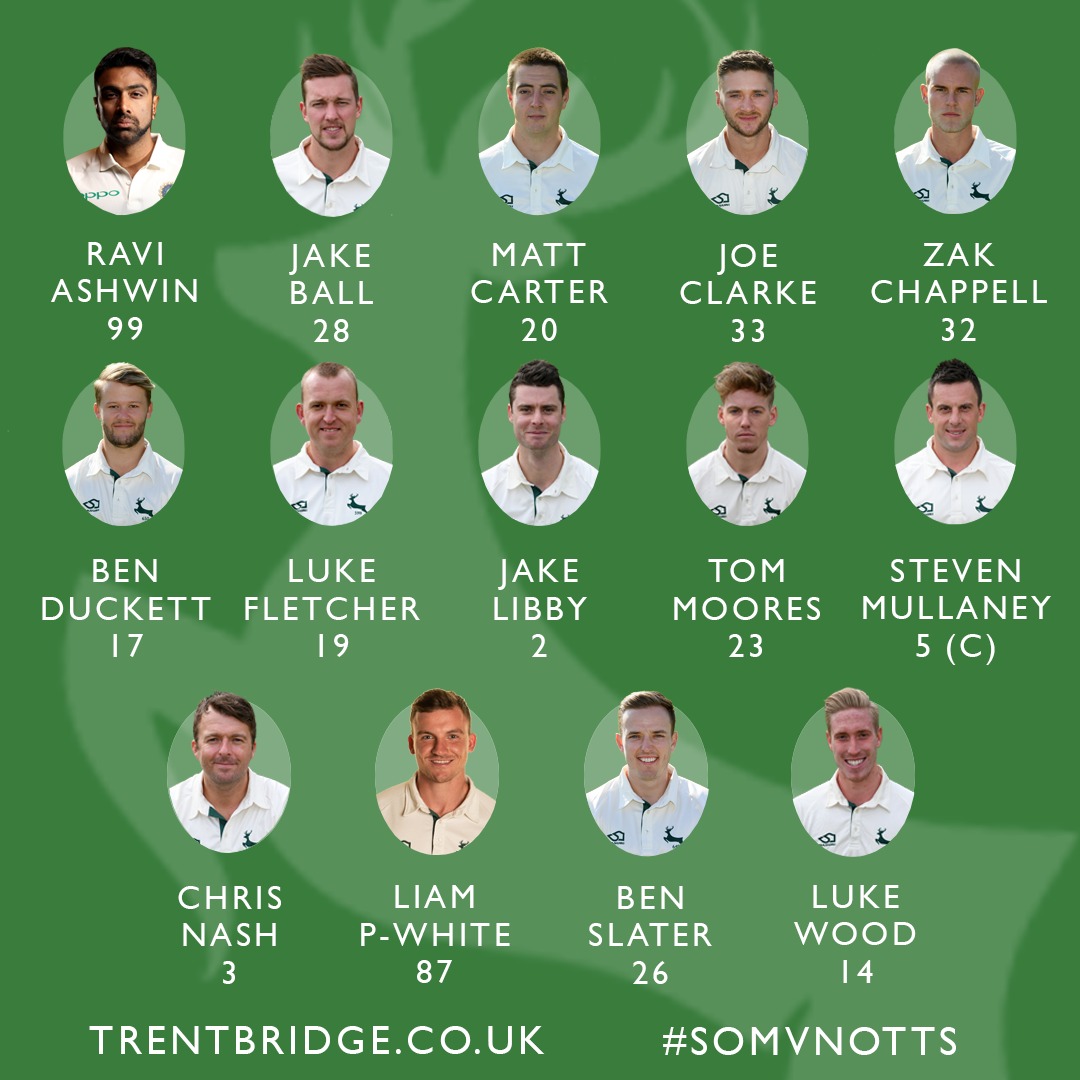 “When it comes to players who are progressing towards the first team, it sometimes helps for them to come into a squad, understand what’s expected of them, and then go back and do a bit more work.

“There’s often a bit of yin and yang with young players like that – it’s very rare that players come straight in and keep playing. They often come back second or third time and are better for it."

On This Day 20 Years Ago: Chris Read’s Test Match Debut