Chris Nash, the elder statesman of the Nottinghamshire squad, admits he’s out of his comfort zone as he competes for places alongside new signings and youngsters emerging from the Club’s Academy.

The 35-year-old’s first season with the Green and Golds prematurely ended after sustaining a shoulder injury against Birmingham Bears in the opening Vitality Blast group match.

Now, after a winter of tough rehabilitation and the arrival of the rest of the squad for the pre-season tour, the former Sussex opener is champing at the bit to start putting runs on the board.

“Both in terms of the runs I scored but also the injury coming at a time when I was starting to feel good.

“My aim is to be the top run-scorer at the club this year which, with the quality we have got, would not only be good for me but also for the team. 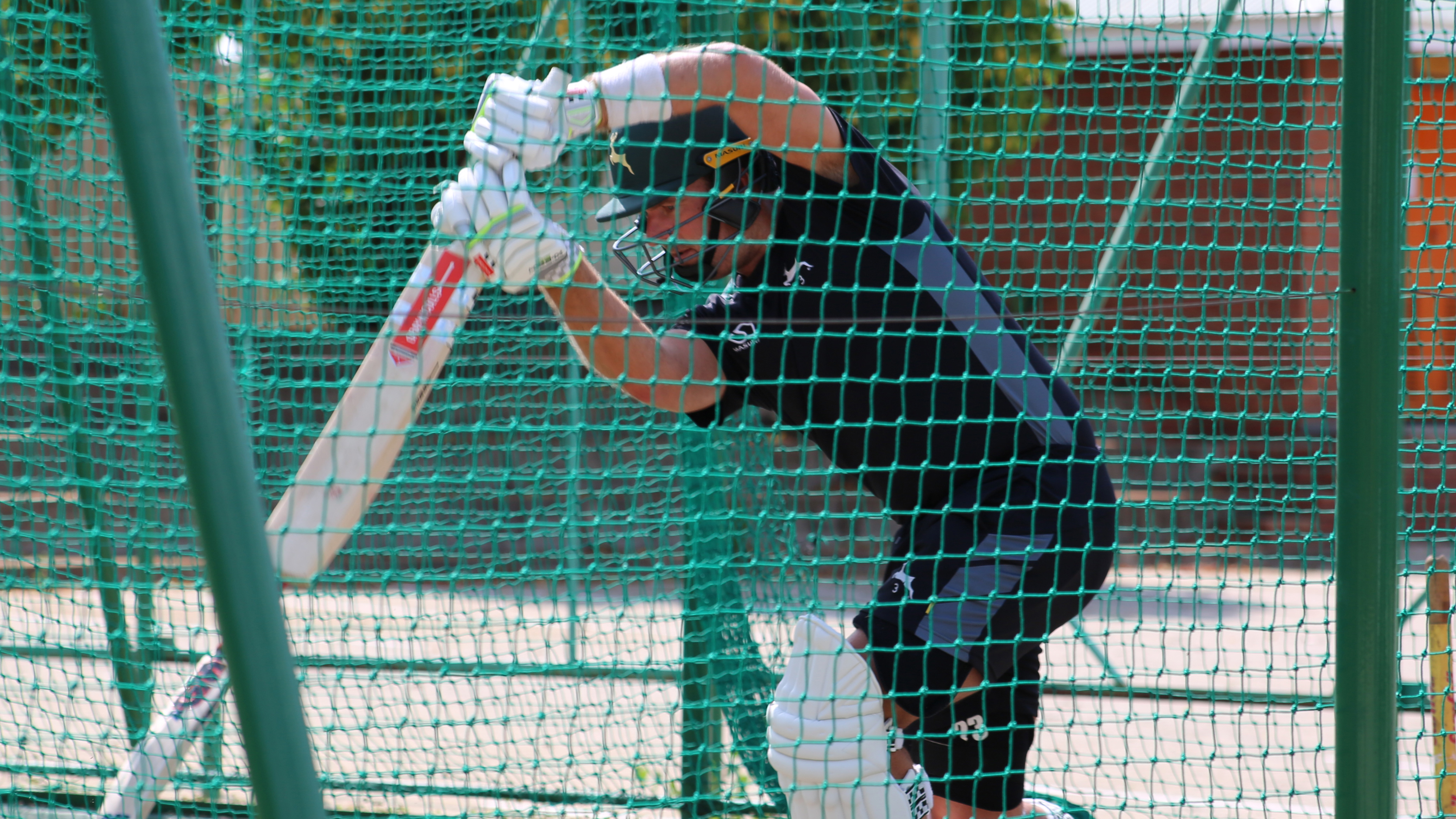 “Coming into such a big club last year, and now bringing in all these new players, it pushes me even harder.

“I’m now 35 and it’s the best thing for me, rather than potentially being in my comfort zone and seeing out my years.

“It gives me another push because I think we’re all fighting for places.

“Watching the likes of Joe Clarke, Ben Duckett and Ben Slater come in and really push hard to play for England gives me a massive drive to perform.”

Whilst the new signings have left their impression on Nash, the experienced batsman has also been keeping a close eye on a member of the Club’s Academy, who made his debut in 2018.

“I’ve played against a lot of the new lads for a few years so I know them as players, but someone who has caught my eye over the winter is Lyndon James,” said Nash.

“Before this winter I hadn’t seen a lot of him but having spent some time with him, and seeing him over the start of this tour he looks like he is growing as a player.

“It’s great so see him bringing that high quality and that pushes everyone in the squad to be better.”

Not only able to pass on his experience and wisdom on a cricket field, Nash’s affinity with South Africa also puts him in the perfect position to pass on local knowledge to his teammates.

“South Africa is a great pre-season venue. I’ve been coming here since 2012 and it’s a great time to get outside, hit a lot of balls and go back to England feeling ready for the season," said Nash.

“I’ve been working with Gary Kirsten for about five or six years now, a lot of English players are over here as well and there are some great facilities.

“It’s a little bit of a holiday at the beginning, to relax and unwind before the season, a chance to get to the beach, do some surfing – and then loads of training.

“Pre-season is always an exciting time. You haven’t played any cricket yet, so there have been no good or bad times, so it’s a happy camp.

“A lot of new guys have come in so it’s almost a new team. We’re trying to build up relationships and get to know each other better.”

Nottinghamshire Captain Steven Mullaney will not feature due to a minor groin strain, although he should play some part in the games at the back end of the tour.

Other players missing from the tour are Samit Patel, Harry Gurney and Tom Moores due to the Pakistan Super League, Stuart Broad who will captain the MCC in the Champion County Match next week and Luke Fletcher who stayed in the UK to be at the birth of his second child having attended the Academy tour of India to ensure the requisite practice on grass.