Trent Bridge's World War One heritage group have brought down the curtain on their project to remember the role of the club during the conflict by unveiling a plaque commemorating the use of the Pavilion as a hospital.

Between 1914 and 1919, both Pavilions (including the Ladies’ Pavilion, which stood on the land the Hound Road Stand currently occupies) were requisitioned for use to treat those who were injured on the frontline. 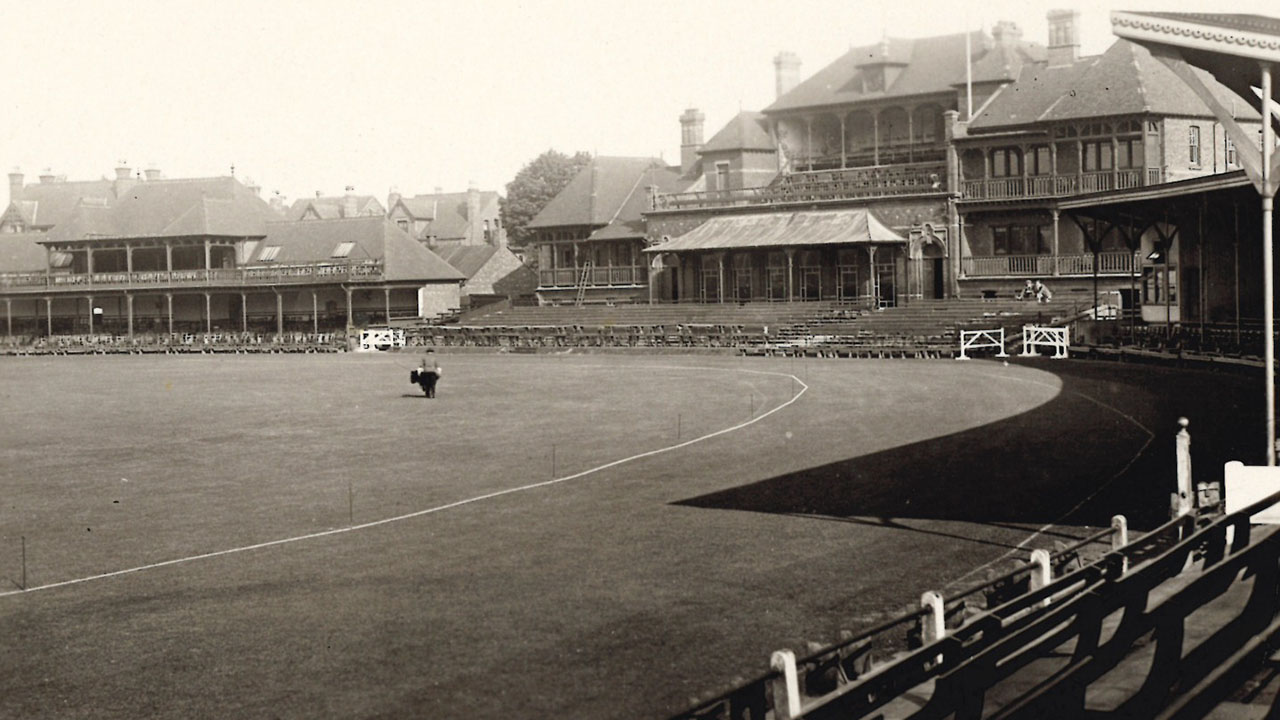 The hospital was largely staffed by volunteers from West Bridgford, a large proportion of whom were women.

Over the course of the conflict, hundreds of volunteers treated over 3,500 patients.

“Today is a very different, and very special, sort of celebration for a sports club, allowing us to celebrate some unsung heroes whose work at Trent Bridge took place away from the cricket field,” said Richard Tennant, Chairman of Nottinghamshire County Cricket Club.

“Those who worked in the hospital or oversaw its running were largely local people, almost all of them received no payment for their work, and every one of them deserves our respect and gratitude.” 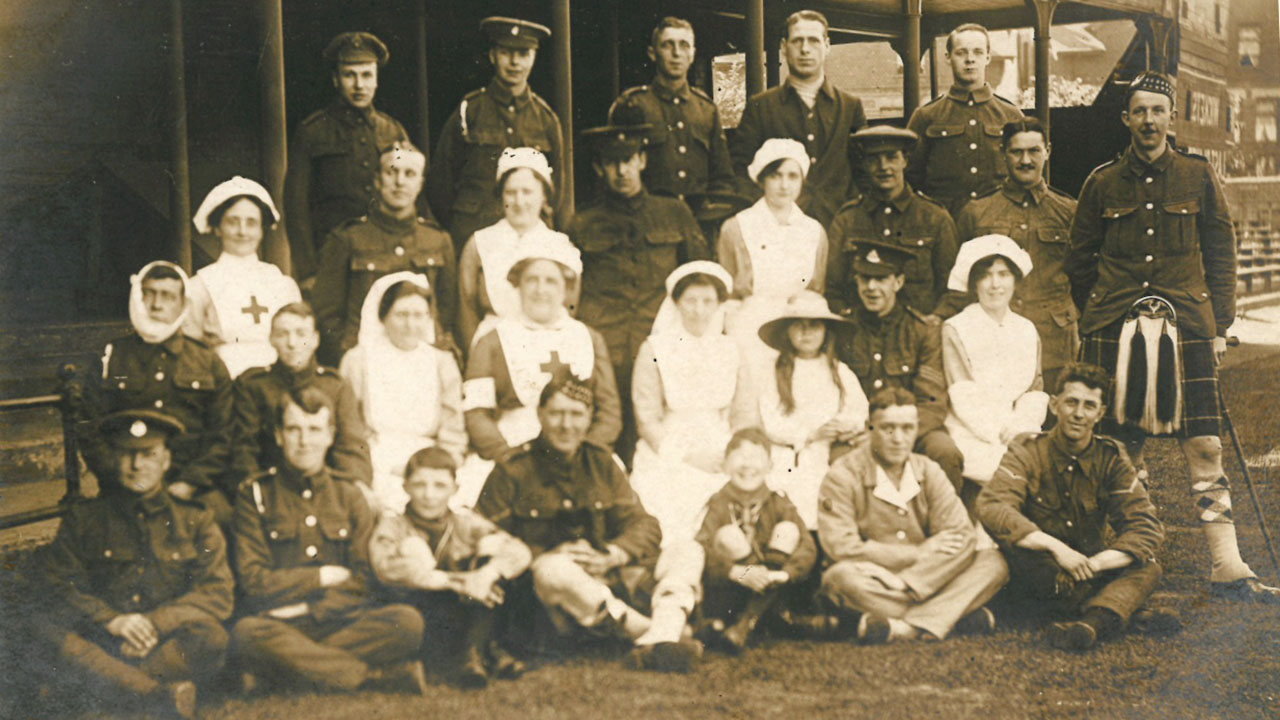 Representatives from the British Red Cross were on hand at the unveiling of the plaque, which takes pride of place on the front of the Pavilion.

“When we started on this World War One heritage journey 18 months ago, we quickly recognised the vital importance of the work of volunteers with injured servicemen,” said Mike McNamara, who leads Trent Bridge's World War One Heritage Group.

“Many of the local women who volunteered to work in the hospital would have had little understanding of nursing as a profession, and may not even have spent time unchaperoned in male company before, but they played a major part in the war effort.

“Their unstinting work also helped to raise the status of women in society, embedding cultural and behavioural changes into what became a much-changed society after the end of the war.

“As a Cricket Club, we are very proud of how these volunteers persevered and prevailed during such a harrowing time. We owe them all so much.”

The Pavilion Hospital’s initial remit was to serve as a hospital for the more lightly wounded, but it soon became known for its specialism in orthopaedic work and physiotherapy, and began to treat servicemen with more severe injuries.

The hospital's final patients were discharged in the spring of 1919, several months after the official end of hostilities and some time after the resumption of the County Championship.

The unveiling of the plaque was the final part of Nottinghamshire’s Great War commemorations, which have also included the unveiing of a memorial for the six members of the club who died during the conflict and an event featuring exhibitions from the Royal British Legion and the Western Front Association. 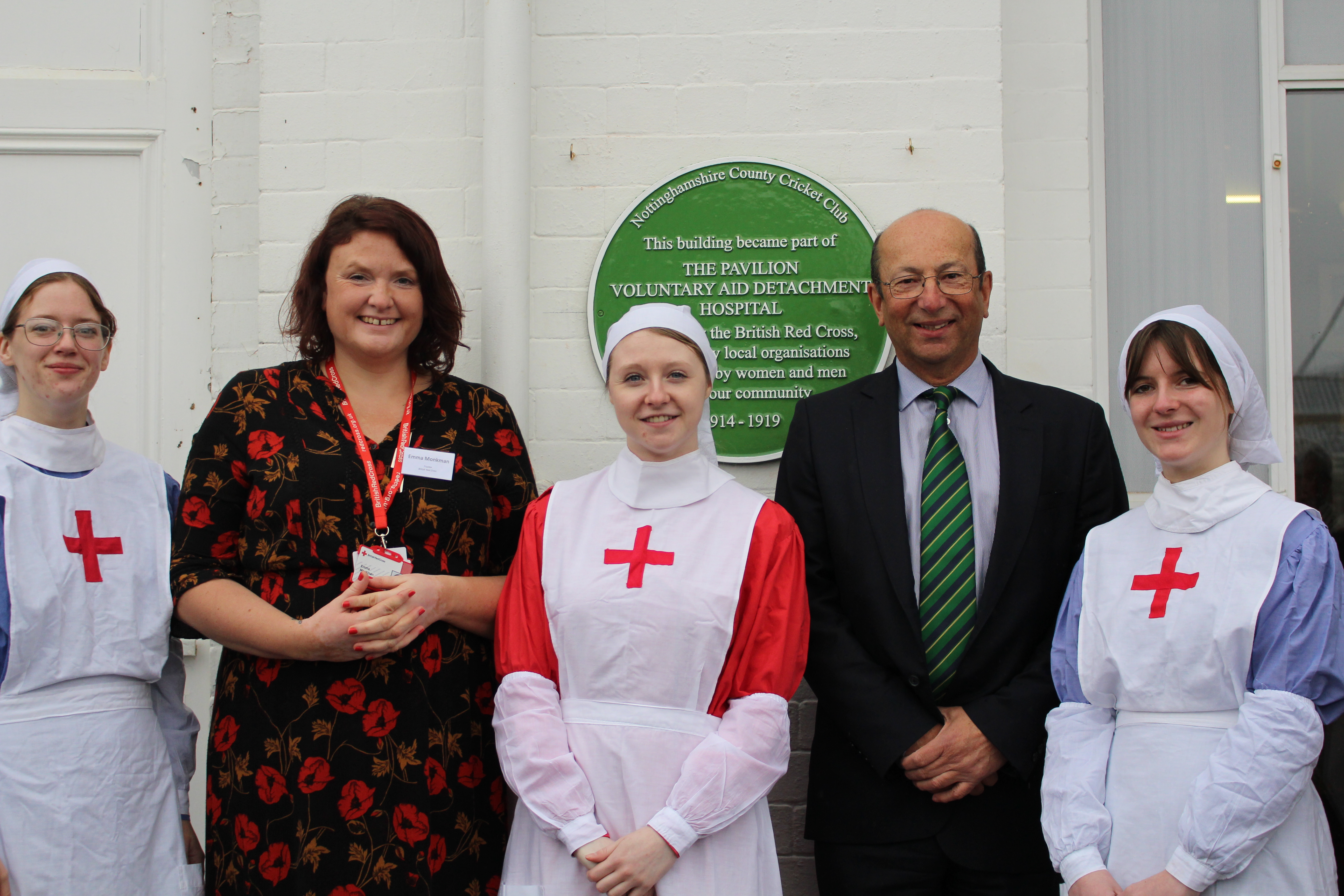 Join our family as a Member for entry to every Notts home game in 2019, including seven T20 Vitality Blast matches and all Specsavers County Champtionship fixtures. Packages start from £29 and you can find out more here...

Notts Unveil Memorial to the Fallen Players of World War One