COOKING FOR THE COUNTY: HOW NOTTS ARE SUPPORTING GURU NANAK'S MISSION

As part of the All In community coronavirus response, Trent Bridge are throwing their weight behind the effort to provide hot meals to homeless, sheltered and vulnerable people during the Covid-19 crisis.

It is a cause which has long been close to the heart of one member of the Trent Bridge family.

Funding donations can be made to Guru Nanak's mission here…

Six years ago, Jatinder Hanspal began to volunteer at the Nottingham branch of Guru Nanak’s Mission.

Inspired by the work he had seen done by a similar organisation on a visit to Birmingham, the man who is responsible for the smooth running of Nottinghamshire County Cricket Club’s website started by donating food supplies to his local Gurdwara.

Later, he would become involved in cooking meals for the homeless and dropping food off to rough sleepers across the city.

As Trent Bridge commits to raising awareness of the work being done by the mission, demand for their services has never been higher than during the current coronavirus pandemic.

“On a usual day in the kitchen, we’d prepare around 90 meals – but at the minute, we’re making roughly 260,” says Jatinder.

“We’re expecting that number to go up over the next few weeks, as more people become aware of the support that is available to them.

“The meals we make are often dropped off at places like the YMCA or a women’s refuge, and we also make deliveries to individuals. 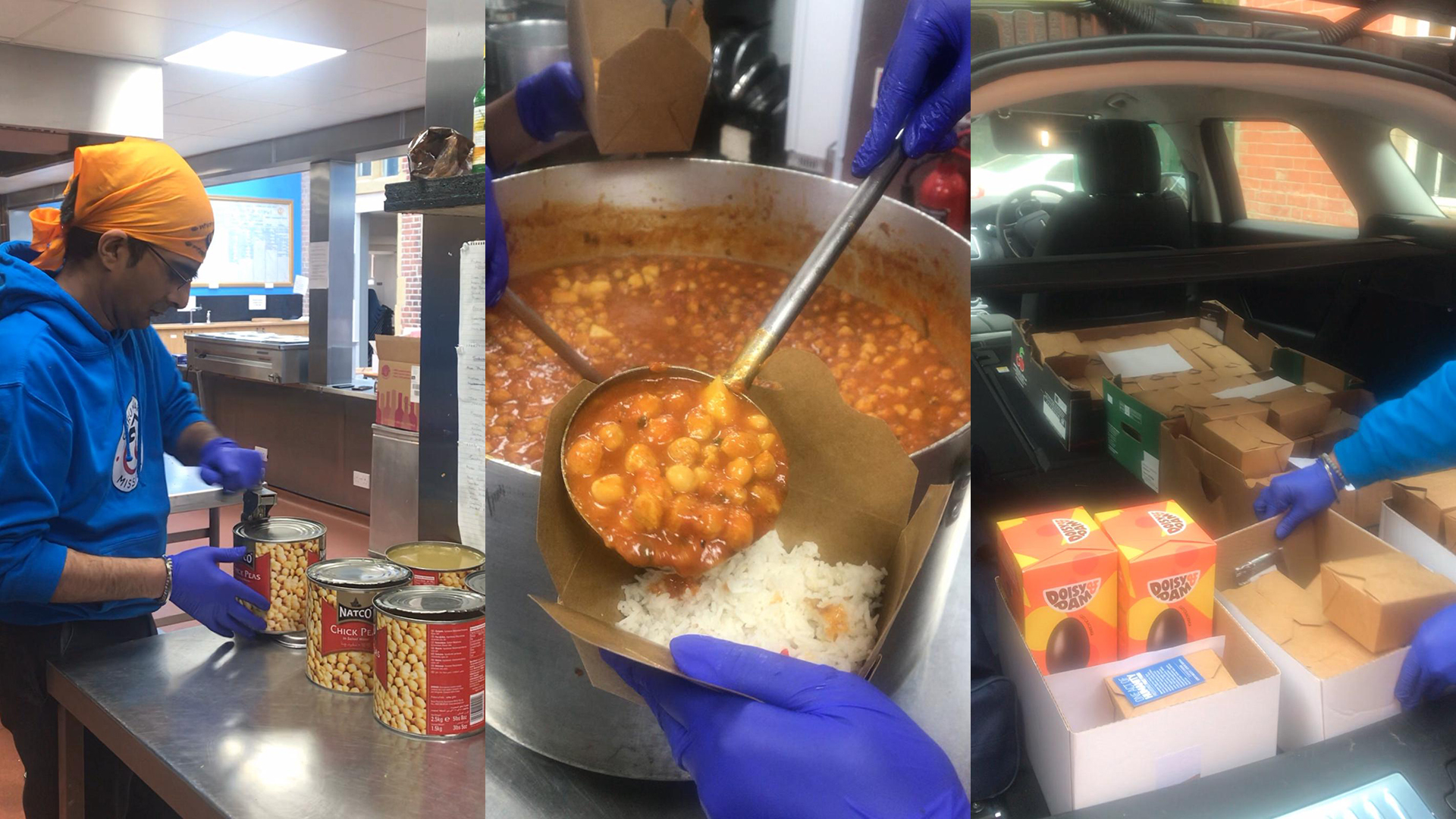 “We’re currently getting calls from a lot of elderly people whose families live hundreds of miles away, and they simply don’t have a way to get hold of a hot meal. One 91-year-old chap who called us had just been living off snacks.

“So we’re stepping in to tide them over with hot food while we find out what other support they’re entitled to.

“We want to make sure that whoever contacts us – no matter who they are, or where they live across the city or county – has access to a hot meal.”

That aim will be supported by Notts, whose funding will help the mission to secure produce and biodegradable containers for meals.

With a team of enthusiastic volunteers already on hand at the mission, it is these supplies which are most prized.

"We’re expanding into so many different areas because of this outbreak; places where food poverty is a real concern."

“We did manage to consolidate some stock before the crisis escalated, but we’re eating into that all the time,” said Jatinder.

“And we’re expanding into so many different areas because of this outbreak; places like St Ann’s, the Meadows and Bulwell, where the problems may be more to do with food poverty than rough sleeping.

“Then there are those who would normally use food banks, but find their local food bank is short of food itself.

“We have volunteers across the county, and three kitchens which we are cooking from whilst being mindful of social distancing, so we’re geared up to help as many people as possible.”

Having now spent several years supporting the homeless and rough sleepers in the city and county, Nottinghamshire’s webmaster is well-placed to assess the difference the mission makes.

“The first time I went into town to help drop food off, it was so humbling,” he says.

“You can’t possibly understand how big a difference you’re making to people until you’ve actually handed a meal to someone who might not have eaten for days.

“It’s such a powerful experience.”

Funding donations can be made to the mission here…