25 August 2019 is a day that will live long in the cricketing memory.

In Nottingham, an enthralled crowd watched the Outlaws secure a nailbiting win over Yorkshire Vikings.

And, earlier that day, 4,000 supporters bathed in the bank-holiday sunshine as Loughborough Lightning and Lancashire Thunder took to the hallowed Trent Bridge turf.

Just over a year on from that KIA Super League clash, there was no escaping the fact that things were a little different this year.

The weather, for one, seemed to be taking inspiration from the names of the sides on the field, with a sudden storm or shower feeling more likely than the appearance of blue skies.

The empty stands were only punctuated by the occasional photographer or cameraman, as the coronavirus dictated that the game must be played behind closed doors.

But still, there was a sense that the final piece of the jigsaw was falling into place.

First came Stokes and company’s moment in the sun, as international cricket returned in July.

Then came the turn of the county game in early August.

Now, finally, the third set of combatants from that remarkable day last summer had the chance to take to the field.

Lightning (now without ‘Loughborough’ in their moniker to reflect their status representing the whole East Midlands) included three Nottinghamshire players in their starting XI.

Sophie Munro, who missed out on selection for last year’s game at Trent Bridge, wasted no time in making herself at home.

Two early wickets for the right-armer gave Lightning the ideal start – a start that was strengthened further when Nancy Harman’s run out reduced Thunder to 31/3.

From there, a rebuilding job, led by Ellie Threlkeld and Natalie Brown’s 72-run stand.

Brown was run out, but Threlkeld continued to reach her half-century, before the returning Munro once again proved decisive.

It was an innings for the hometown heroes – Munro taking three wickets and effecting a run-out, and last season’s Notts T20 skipper Lucy Higham adding two scalps of her own.

Only Sophie Ecclestone offered any further resistance, hitting out to great effect in making an unbeaten 60 to carry Thunder to 206/9.

As a total, it was a little more than Lightning’s diligence deserved – and it ultimately proved too much in a weather-affected chase.

That was despite the best efforts of the Bryce sisters, who made light work of the Thunder attack during the opening powerplay.

Led by wicketkeeper-batter Sarah’s fluency through point, and showing an understanding forged as much through blood as in hours on the field, the pair put on 52 for the second wicket. 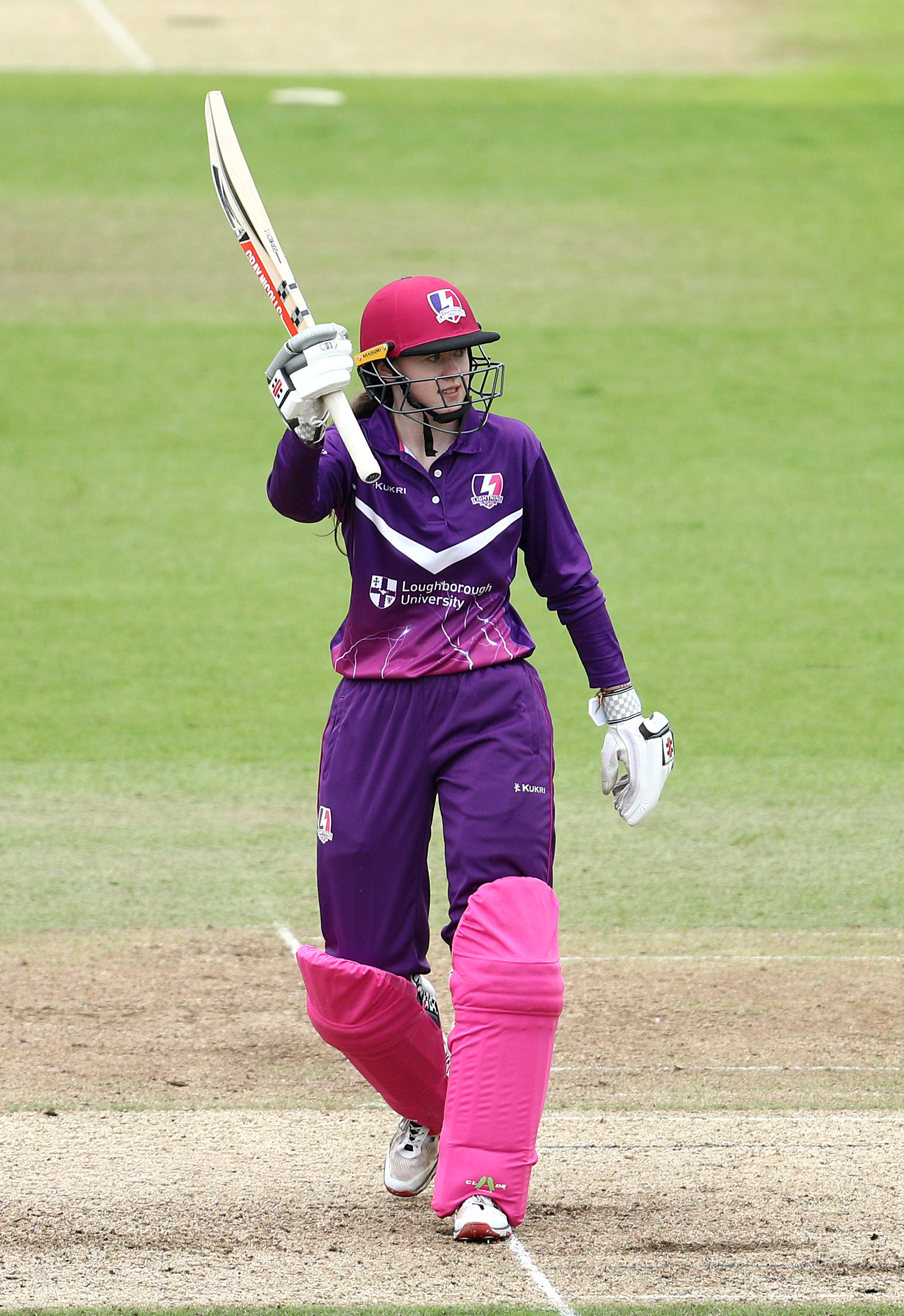 Sarah Bryce would reach her own half-century from 66 balls, before being castled by Ecclestone three deliveries later.

And when Bethan Ellis was adjudged lbw shortly after a brief rain delay, the contest – and the DLS par score – took a sudden, decisive lurch away from Lightning.

Abbey Freeborn gave Lightning hope, ably abetted by Lucy Higham for a time, but each wicket moved the par score further out of reach in a slightly truncated contest.

The East Midlands side would fall slightly short in the gloom, Thunder taking the first step towards this competition’s Edgbaston showpiece next month.

But perhaps more importantly, today marked the final step in ensuring cricket truly was still a game for all in 2020.