England may have reached the top of the cricketing world with their enthralling World Cup win over New Zealand last July, but they won’t be able to rest on their laurels should they wish to remain at the summit.

As Eoin Morgan’s men embark on their first 50-over fixtures since claiming the title, there is a feeling of renewal amongst a fresh-looking squad.

The road to defending the Cricket World Cup starts here – and these are the young Lions who will have a big part to play.

Such has been Archer’s impact in an England shirt, it is hard to believe that the paceman has been an international cricketer for less than 12 months.

The right-armer’s ferocity made an immediate impact last summer, while his unflappable nature made him the ideal candidate to bowl one of the most pressurised overs in the history of English cricket – that super over at Lord’s last summer.

Curran’s left-arm angle, talent with the bat and knack for rising to the occasion have made him a valued asset in the England setup at a tender age.

Man-of-the-match in just his second Test appearance, the all-rounder’s energy and attitude are sure to be crucial in the four years before England’s defence of their title.

The elder Curran’s precocious talent led to him debuting for England in all three formats at the age of 22.

Possessing a deadly Yorker and the precious ability to impart reverse swing on the white ball, the right-armer prospered in the Perth pressure-cooker in 2018, taking 5-35 in front of over 50,000 baying supporters as England secured a thrilling 12-run win over Australia. 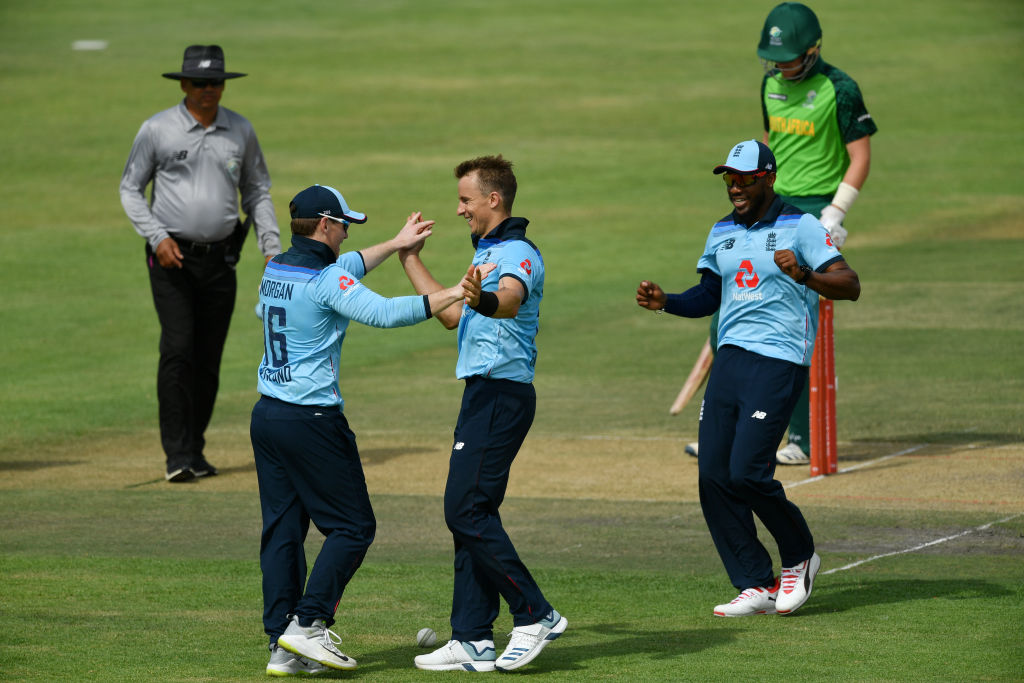 As spin bowlers become ever-more prized in limited-overs cricket, Parkinson is emerging as one of the most prodigiously talented from these shores.

The Lancastrian claimed more white-ball victims than anyone else in England across the 2018 and 2019 summers, and has spent time under the tutelage of former Nottinghamshire and Australia twirler Stuart MacGill to hone his wicket-taking skills.

The Somerset right-hander made his ODI debut in England’s first game of the South Africa series having attracted admiring glances from across the globe in 2019.

Banton hit over 1,000 white-ball runs in the English summer before taking to the BBL with aplomb, with his three half-centuries including a staggering knock of 56 from 19 balls for Brisbane Heat against Sydney Thunder.

Mahmood gained full international honours for the first time in 2019, playing three T20Is in New Zealand, and the right-armer’s star has remained in the ascendancy ever since.

Mahmood is one of three bowlers who have been given England pace-bowling development contracts, marking out the 90mph bowler as one the ECB hope will add potency to their attack for years to come.

GALLERY: THE OUTLAWS AT LOUGHBOROUGH