Joe Root was full of praise for Ben Stokes’ match-winning display after the all-rounder sealed an historic second Test win over South Africa in Cape Town.

Stokes scored 119 runs, claimed six slip catches and took the last three wickets to fall as his side triumphed in the South African capital for over 60 years.

It was a performance which came as no surprise to his skipper.

“He's a golden nugget in our side, and this performance has not happened by accident,” said Root.

“He works bloody hard – you can throw the ball to him or put him in any situation and know he's going to stand up for you. 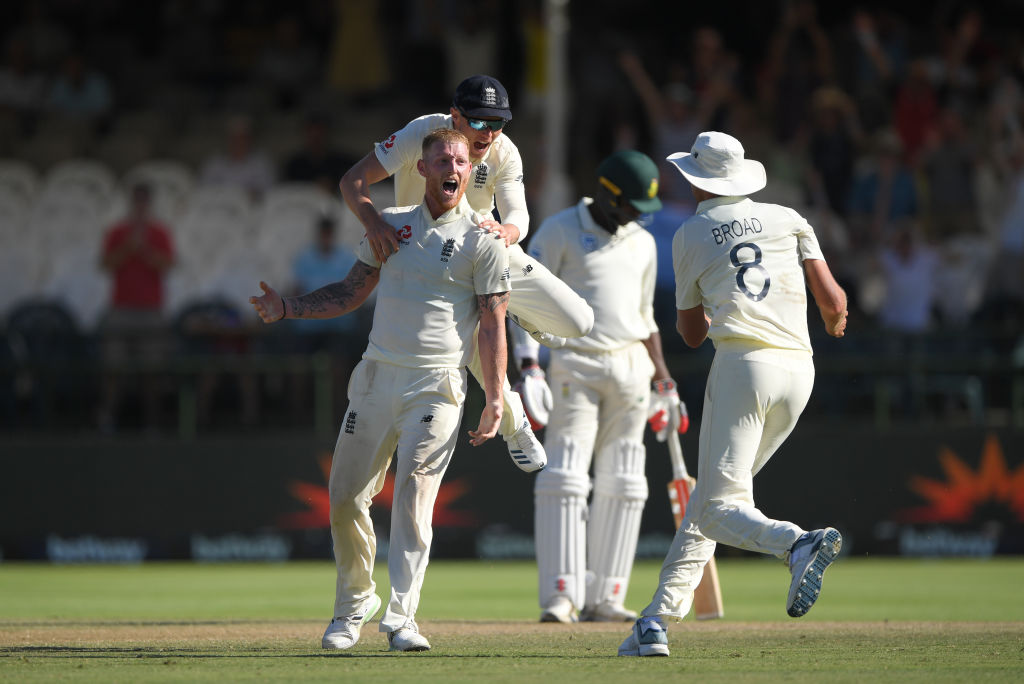 “He can put in a spell like that nine-over spell [in which Stokes claimed the final three wickets], he just keeps running free all the time – and as we've seen with the bat, he can really change the game from any situation.

“He's a world-class player and deserves all the plaudits he gets."

Root also lauded the influence of his vice-captain over the younger members of an inexperienced England side.

Six of the XI which took to the field in Cape Town had fewer than 20 caps each, and the captain feels Stokes’ example has been invaluable in helping the newer faces in the setup to put in strong performances.

“He's a world-class player and deserves all the plaudits he gets."

“He sets a great example to the young guys around in our team as they come into this side, see what Test cricket is like and how different it is to county cricket.

"They are having to learn on their feet, and they're standing up to the challenge, which has really pleased me and made me really proud of a very young set of lads."

Stokes was keen to deflect praise onto some of his less experienced teammates – particularly Dom Sibley, whose unbeaten second-innings century put the visitors in a strong position.

"I came in in situations where it was do-or-die, really, and I thought Dom put all the hard yards in to get us into a position of winning – he’s the man of the match," he said.

“We've got three members of the group who are 21 years of age, and have had to step up on the biggest stage.

“Sam Curran, Zak Crawley, Ollie Pope – and even Dom himself – are so inexperienced in that batting unit but they've shown how good they are.

“The future looks great for us, and hopefully this is a stepping stone because we've shown a serious amount of character, and what we're all about."

STOKES' HEADINGLEY HEROICS - AND THE MAN WHO INSPIRED THEM

PreviousEARLY BIRD TICKET PRICES REVEALED FOR THE HUNDRED WITH 50% OFF FOR NOTTS MEMBERS Next2019 CRICKET WORLD CUP CONFIRMED AS MOST-WATCHED EVER
TWEETS
Tweets by @TrentBridge
NEXT FIXTURE
University match
7 April 2020 at 11:00
Fenner's
Cambridge MCCU
Nottinghamshire CCC