Nottinghamshire will open their competitive season with a four-day clash against local rivals Derbyshire, one of five red-ball fixtures the county are scheduled to contest in the Bob Willis Trophy.

Steven Mullaney’s side begin their campaign at home on Saturday 1 August, before hosting Yorkshire one week later.

Notts then face Lancashire, before their North Group campaign concludes with a fixture against Leicestershire and an encounter with Durham at Trent Bridge.

The First-Class counties have been divided into three groups for the competition, with the two group winners who claim the most points meeting for a five-day final from 30 September.

The season will commence behind closed doors in line with current government guidance, with all competitive action at Trent Bridge set to be live streamed on the club’s website. 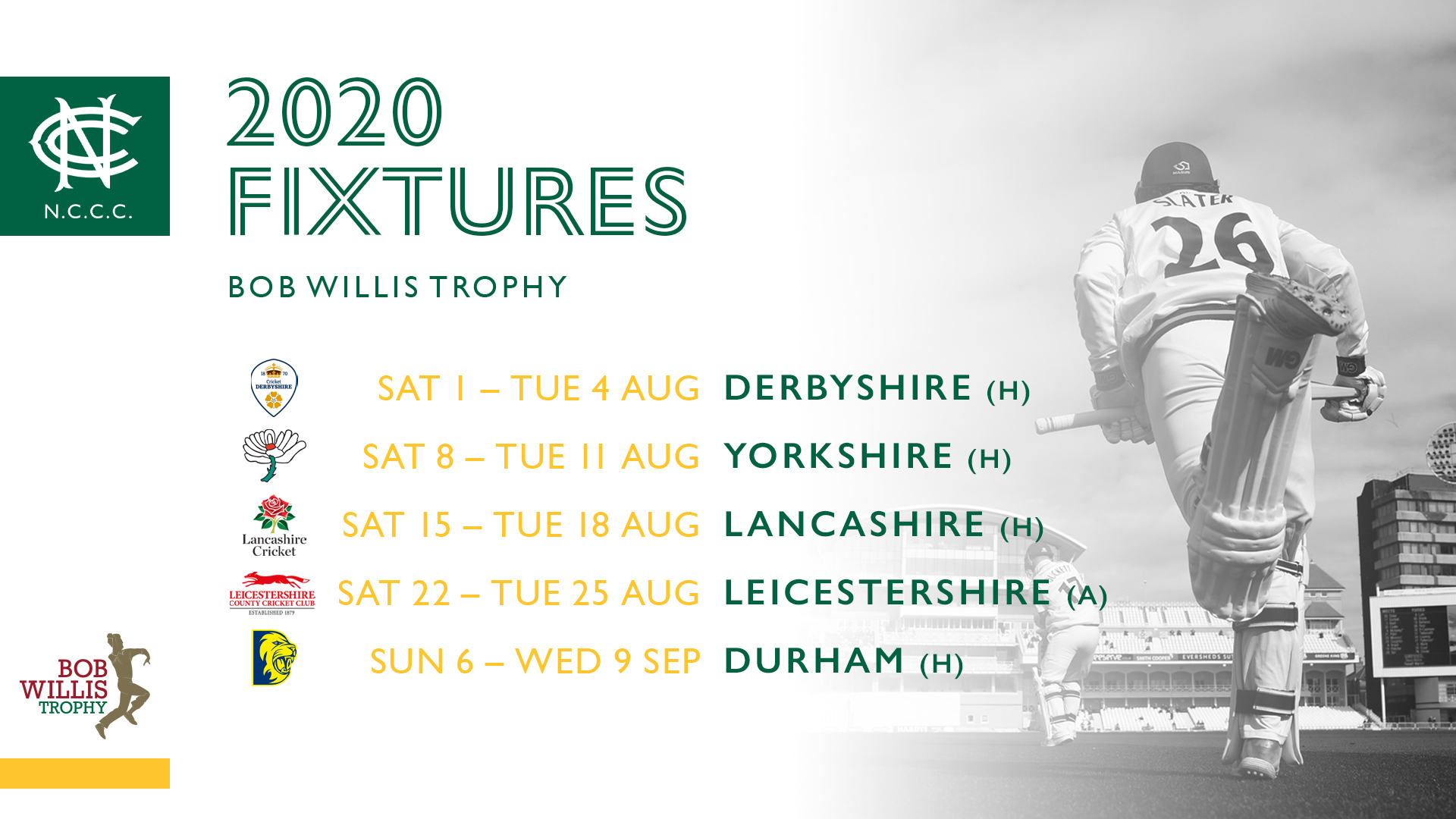 “After such a long, testing and unusual close-season, it’s tremendously exciting to finally be getting out on the field for some competitive action,” said Nottinghamshire Head Coach Peter Moores.

“We’re sad that we won’t be able to welcome our members and supporters in to Trent Bridge to watch us, but we’ll be doing everything we can to represent them on the field and to put on a show for them to enjoy.

“Having phoned many members during the lockdown period, I know how much the return of cricket will mean to them and how much they would have loved to be in the ground with us. Trent Bridge has a real family feel and we will miss them cheering us on.

"I’ve been impressed with how the lads have progressed over the winter, and some terrific work has been done since returning to training during the past few weeks as well.

“On behalf of all the players and coaching staff, I can promise that we are ready to give it our all and play with a smile on our faces, in appreciation of the opportunity to play for a great club.”

Nottinghamshire members and County Championship ticket-buyers for affected fixtures will be contacted directly by the club to outline their options.

Fixtures for this summer’s rearranged Vitality Blast campaign will be confirmed in the coming days.