CRICKET TO GO 'RED FOR RUTH' DURING THIRD TEST

Cricket will go #RedforRuth on Saturday July 25 to support families facing the death of a parent to cancer, through the work of the Ruth Strauss Foundation.

The Third Test of the #raisethebat Test Series will be named The Ruth Strauss Foundation Test, with the second day seeing cricket turn red again for this year’s #RedForRuth Day.

The cricket family will be encouraged to wear red on the day to show their support for the charity while they watch the match from home. #RedforRuth merchandise will be available to purchase online via ruthstraussfoundation.com from today.

Funds raised will go towards the Ruth Strauss Foundation’s mission of providing pre-bereavement support for families facing the death of a parent from cancer, and drive much-needed research into non-smoking lung cancers.

The players will wear special Ruth Strauss Foundation branded Test shirts with Red Caps being presented before play. Branding around Emirates Old Trafford will also go red, including the stumps and boundary boards. 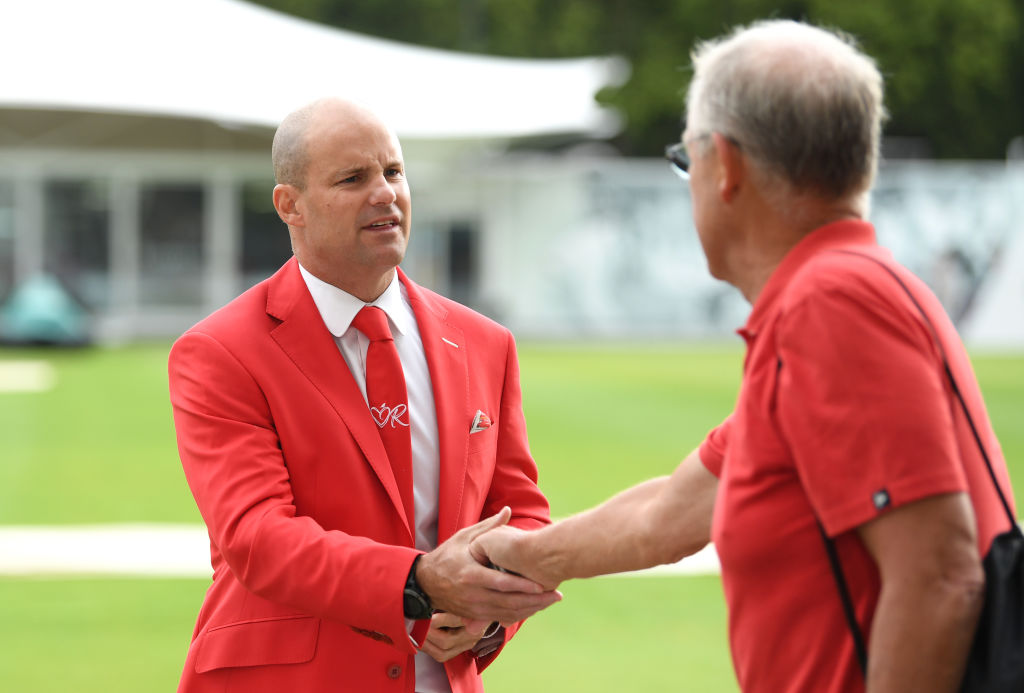 During the day, Sky Sports, BBC Test Match Special and the big screens in-ground will show pictures of the fans and clubs who show their best #RedforRuth efforts. An online auction, meanwhile, will include a limited number of Ben Stokes signed pictures of his famous Ashes innings from last summer, as well as an opportunity to welcome celebrity chef Tom Kerridge to your home to cook dinner for six.

This will be the second year that cricket will turn #RedforRuth. Last year Lord’s Cricket Ground went red with 28,500 spectators supporting the charity during the second Ashes Test to help raise over £550,000. Rivalries were put aside as players from both sides presented Andrew and his two sons, Sam and Luca, with commemorative red caps before the start of play. Sam and Luca also rung the famous Lord’s bell before play.

“Last year I was humbled and honoured by the support of the wider cricket family,” said Sir Andrew Strauss.

“We sincerely hope that the incredible display of generosity and community spirit will continue as we look to turn cricket Red for Ruth for a second year to support the Ruth Strauss Foundation.

The Ruth Strauss Foundation Test is one of several initiatives being highlighted during the #raisethebat Test Series. The series will shine a light on key workers, help to connect communities around the UK and support those in need.