The recent autobiography of former Nottinghamshire all-rounder Franklyn Stephenson has been nominated for a prestigious prize in The Telegraph Sports Book Awards 2020.

Written with BBC Radio Nottingham's Dave Bracegirdle, ‘My Song Shall Be Cricket’ is amongst the shortlisted titles in the International Autobiography of the Year category.

Stephenson took 349 wickets in 82 first class matches for Notts between 1988 and 1991, a period which began with him securing the domestic double of 100 wickets and 1,000 runs in his first season for the county.

Denied an opportunity of playing Test cricket after participating in a rebel tour of apartheid South Africa, Stephenson went on to become one of the best cricketers on the planet. 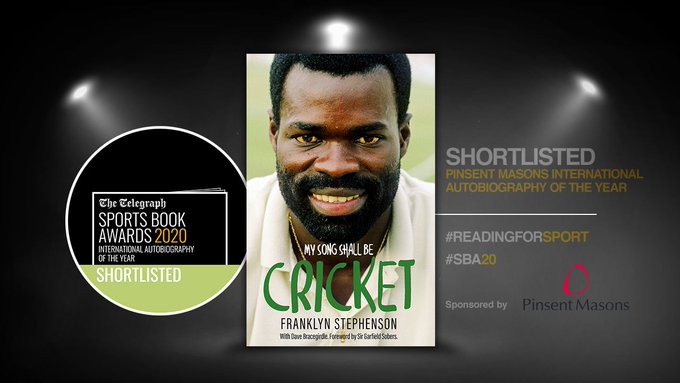 Alongside ‘My Song Shall Be Cricket’ in the international category are the autobiographies of footballers Per Mertesacker and Juan Mata, All Black Kieran Read and Olympic swimmer Casey Legler.

Speaking from his home in Barbados, the former Notts favourite said, “I am honoured and elated to be shortlisted for this award. I would like to congratulate all the other nominees and thank my publishers, Pitch Publishing.”

Copies of ‘My Song Shall Be Cricket’ are currently available from the Trent Bridge Shop.

Peter Hacker On Touring Australians & Batting With A Signature Bat