Haseeb Hameed was the star turn for Notts, compiling a promising half-century, as Nottinghamshire got their pre-season underway against Warwickshire at Edgbaston.

The green and golds amassed 182 runs in their 60 overs of batting, losing 12 wickets in the process, before Warwickshire closed on 144-5 from their allotted time.

Play began at 10.45am with 100 overs to get through, Notts batting the first two sessions (60 overs) before Warwickshire took over in the final session (40 overs).

Ben Slater and Ben Compton strode to the crease for the visitors, and each got their accounts up and running with a flick off their legs.

However, both fell to the same fate, caught in the slips during the impressive opening spell of Oliver Hannon-Dalby, who also went on to trap Joe Clarke LBW without scoring.

Haseeb Hameed and skipper Steven Mullaney were left to steady the ship and battled hard before unfurling some exquisite shots towards the back end of the morning session.

Hameed in particular looked in good touch, lifting spinner Alex Thomson over long-on for the maximum which would bring up his fifty partnership with the skipper.

After reaching lunch on 91-3, Hameed resumed in the same vein.

The right-hander brought up his half-century in style with back-to-back boundaries off Olly Stone, who was back in the Bears' line up having been involved with the England Test squad for their series against West Indies.

However, the Bears quick was unperturbed, bowling Mullaney for 26 and adding Samit Patel, trapped LBW for four, as Nottinghamshire fell to 118-5.

That quickly became 125-8 as Hannon-Dalby returned to take his fourth and fifth scalps of the innings, before Hameed’s fine knock came to an end on 65, at the hands of Alex Thomson.

Peter Trego and Zak Chappell frustrated the Warwickshire attack in putting on 44 for the next wicket, with some enterprising shots coming from the former who, like Hameed, was also enjoying his first knock for the green and golds. 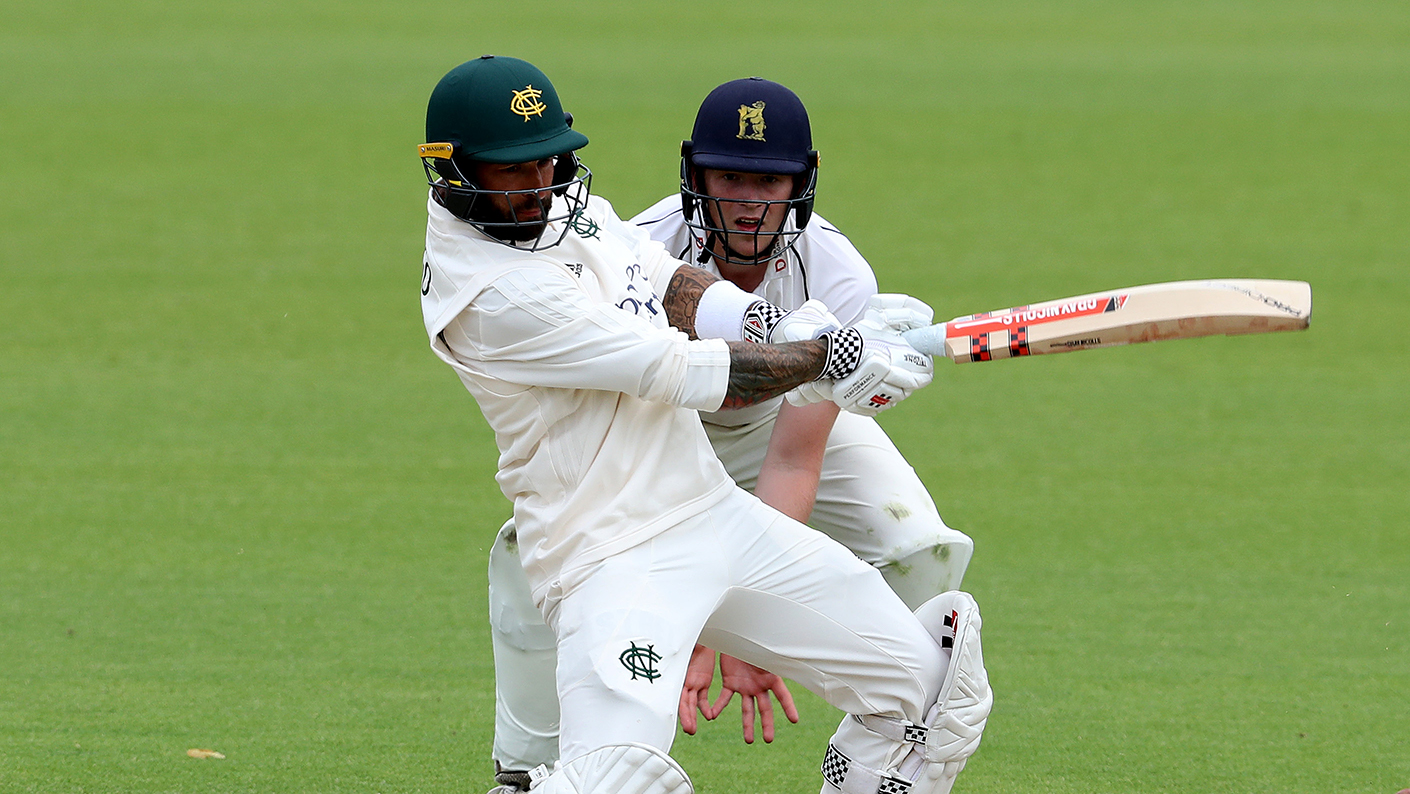 The right-hander took the attack to the Warwickshire bowlers, his 38 coming off just 39 deliveries before he fell at the hands of Craig Miles.

That was the ninth Nottinghamshire wicket to fall, with the Bears claiming three further scalps before tea and the change of disciplines.

At the resumption, Jake Ball and Luke Fletcher found good early rhythm with the new ball, the former shaping one through the defences of Will Rhodes for his first scalp of the summer. 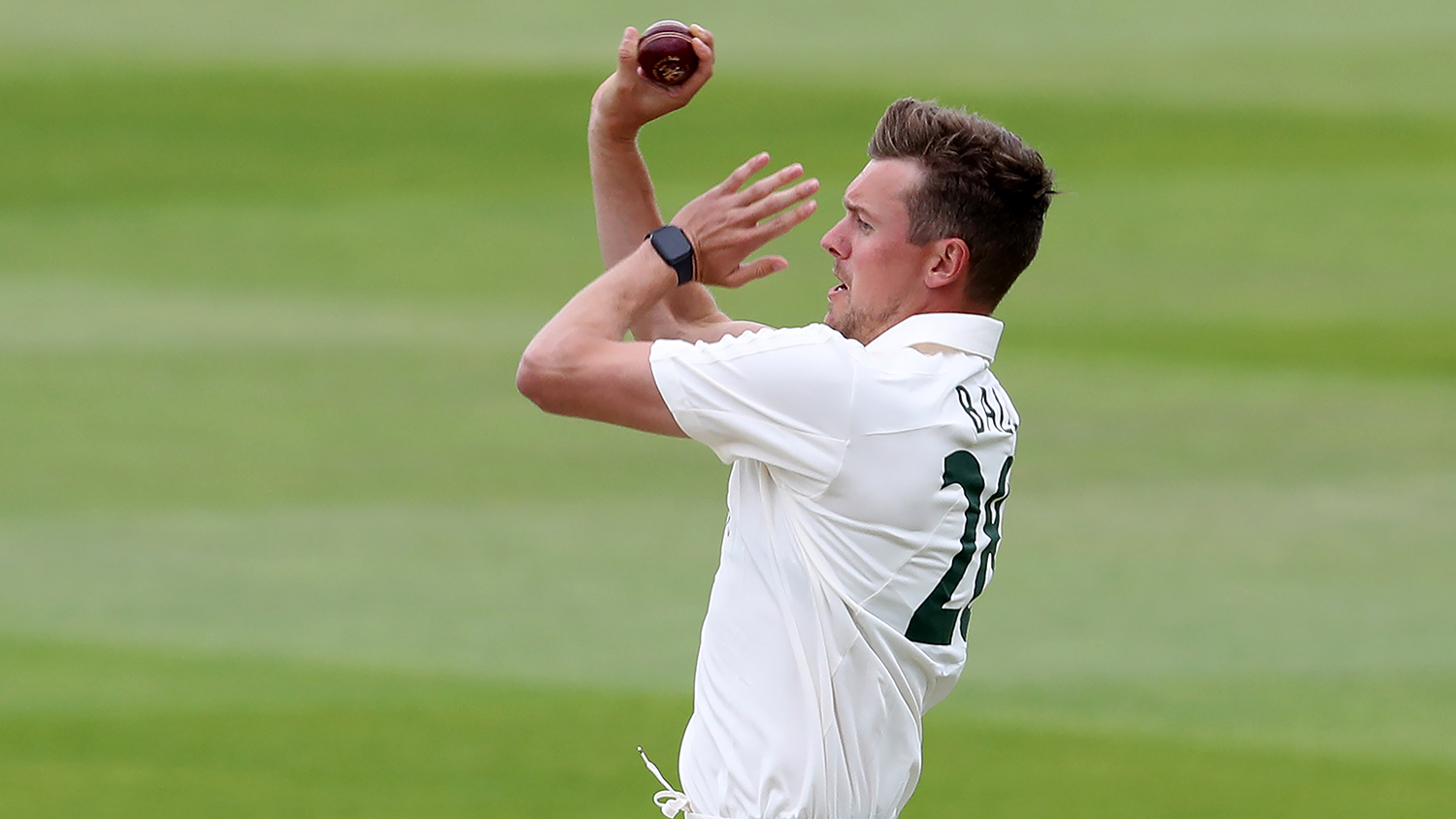 Ian Bel land Ryan Yates added 32 for the second wicket, with both players finding the boundary on a few occasions.

However, Yates’ time at the crease came to an abrupt end at the hands of 18-year-old all-rounder Joey Evison, who dismissed the left-hander with his first ball.

There was early success for Chappell too, a fine low catch from Ben Compton helping the paceman remove Matt Lamb for the green and golds’ third wicket.

Bell continued at a serene pace and brought up his half century, before falling in Samit Patel's first over, caught by a leaping Jake Ball at mid-on.

There was just enough time on day one for Peter Trego to add his first scalp in a Nottinghamshire shirt to the tally, nipping one in between Michael Burgess' defences and enticing a fine edge behind, with Tom Moores doing the rest with the gloves.