The key moments that led Nottinghamshire to the 1981 County Championship title have been recalled in the latest edition of a series for ESPNCricinfo.

Match from the Day features reminiscences from some of the key characters who brought the Championship pennant back to Trent Bridge for the first time since 1929 – led by skipper Clive Rice.

"He was tough, he expected high standards and he always played hard," said Richard Hadlee, who took 105 First-Class wickets in the 1981 English season, of Rice.

"He played the game to win - he would take high-risk options. And when he was 100% fit, he was as slippery as anyone. I would bowl with the wind and he'd bowl into it. That's where he lost most of his hair, I think."

Rice and Hadlee took many of the plaudits for Nottinghamshire’s triumphant campaign, with the New Zealand international being named PCA Player of the Year – a feat he would repeat in 1984 and 1987. 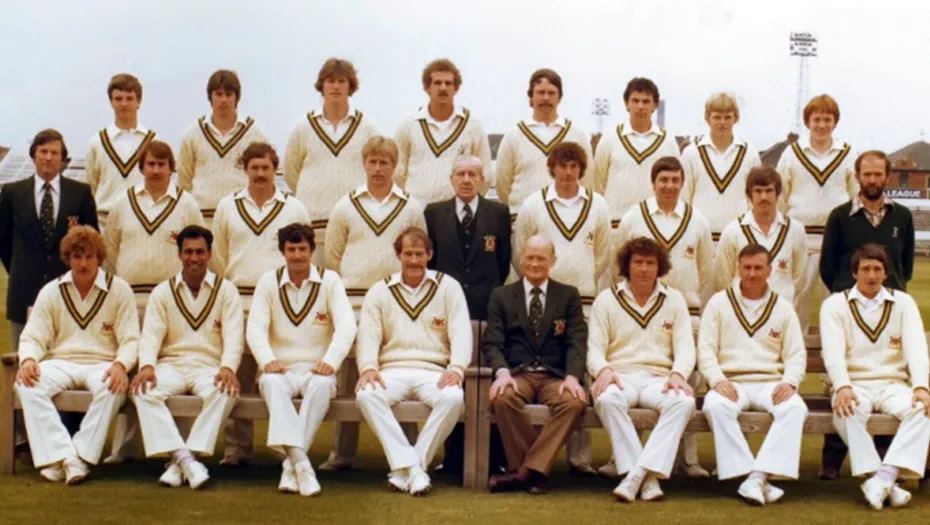 "The longer Hadlee went on the craftier he became," The Times’ John Woodcock wrote of a man who was 30 years of age in 1981.

“He was feared more when he was thirty-five than when he had been twenty-five."

Notts secured the title with an emphatic victory within two days over Glamorgan.

Basharat Hassan, now Club President, was part of the victorious dressing room, and recalled seeing emotions get the better of a Nottinghamshire icon.

"When I saw him in tears, I realised just how important a day it was for Nottinghamshire cricket."

Reg Simpson had been a player and committee member at Trent Bridge since 1946, but this was the first time he had witnessed a Championship victory in that time.

"When I saw him in tears," Hassan recalled, "I realised just how important a day it was for Nottinghamshire cricket."

Peter Hacker On Touring Australians & Batting With A Signature Bat