Trent BridgeMENU
'WHAT A MATCH TO START OFF WITH': FLETCHER ON DERBY-DAY OPENER AND 2020 SEASON
2021 MEMBERSHIP
NOW ON SALE

Luke Fletcher could not disguise his delight after confirmation that Nottinghamshire will open their season at home to Derbyshire next week.

The ECB has announced the five rounds of fixtures for the new first-class four-day competition, the Bob Willis Trophy, with the traditional rivals set to meet behind closed doors at Trent Bridge from Saturday 1 August 2020.

“What a match to start off with,” said Fletcher. “It’s such a shame that the fans can’t be there, although we all understand the reasons why they can’t.

“Everyone knows of the history between the two clubs and I think there would be five or six thousand there watching if they could.”

With the coronavirus pandemic preventing the domestic campaign from starting any earlier, counties have agreed on a shortened programme which will see them play both red and white-ball cricket over the next two months.

The 18 county sides have been split into three regional groups of six, with the two group winners with the most points progressing to a final.

A shortened Vitality Blast will begin towards the end of August, with Finals Day being held, as usual, at Edgbaston. Fixtures for that tournament will be announced shortly.

“We can’t wait to get going now, and I'm glad there's a competitive element to it."

“We can’t wait to get going now,” said Fletcher. “With the limited time available I’m glad that we’ll be able to play some First-Class cricket, as well as 20-over stuff.

“Some players are white-ball only and some others feature more in red-ball cricket, so this is the best compromise for everyone.”

Fletcher, who finished as the Notts’ leading wicket-taker and Player of the Year, is keen for the county to give a good account of themselves in the game’s longer format this season.

“I’m glad there’s a competitive element to it because we’ve got a lot a to prove in the red ball game," he said.

“We didn’t have a great season last year but a lot has gone on since we last played, so it will be good to see where we are as a team. Hopefully, we can win a few matches and look to take a little bit of form and confidence into 2021.”

During the winter Notts brought in three players to bolster their squad and all will hope to get an early opportunity with their new county.

“Haseeb Hameed has been working hard with Peter Moores,” said Fletcher. “He’s got a lot of time for him after their previous time together.

"Everyone knows that Peter Trego has bags of experience, he’ll score runs and bowl a few overs when needed; and Tom Barber has shown himself to be seriously quick in training and will be hoping to get some playing time and show everyone what he can do.”

Since returning to training Fletcher and his team-mates have been practising at a deserted Trent Bridge, ideal preparation for the conditions they will find when the season starts.

“It took a while to get used to everything at first,” he said.

“I think we’ve become accustomed to playing behind closed doors now, with the social distancing and everything else that comes with being in a controlled environment. 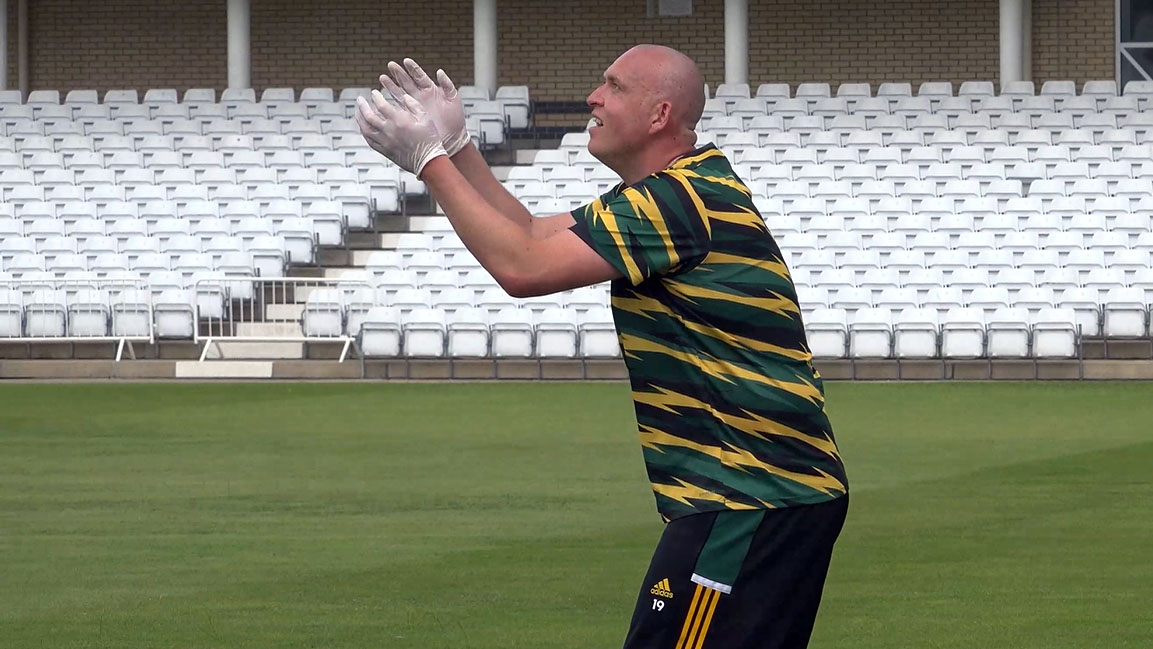 “We’ve been tested and had regular temperature checks and have a saying, ‘one skin, one ball’, so we’ve been wearing gloves when fielding and regularly sanitising”

The 31-year old had his first run out of 2020 last weekend, featuring for his old club, Papplewick and Linby, as the recreational game burst back into life.

Playing purely as a batsman, Fletcher scored 76 to help his side get off to a winning start in the Nottinghamshire Premier League.

“Everyone was just excited to get out there, it was nice to be involved as I’ve not played club cricket for a long time,” he commented.

“We had the new regulations to adhere to with the game being stopped every six overs for hand sanitising, so that kept breaking up the momentum but we know it’s necessary and everyone complied properly with it all.”

“It’s always nice to spend a bit of time in the middle and score a few runs – but I was nervous going in at ten for two,” he revealed.

“I’ve been working hard on my batting, so it was nice to have something positive to take into the season.”

The chance to stretch his legs once more came as a huge relief for the professional of 12 years’ standing, who admitted that he is really enjoying being back at work.

“I thrive on competition," he reflected. "Most sportsmen and women are like that, we love the game but love the competition just as much.

“Being with the two children through lockdown helped enormously though. I was involved in home schooling and enjoyed helping them use up their energy before bedtime. We did a lot of walking around Colwick Park!”

Fletcher, who has been involved in his fair share of scrapes and incidents during his county career, also used some of the downtime to put his first book together.

“It’s a collection of some of the funny things that have happened to me,” he revealed. “Not only from my playing career but also back to my schooldays and from my time in club cricket. I very much enjoyed putting it together and hopefully people will enjoy reading it when it’s released in the autumn.”