NOTTS DUO NAMED IN WISDEN TEAM OF THE 2000S

A pair of Trent Bridge title-winners have been named in Wisden Cricket Weekly’s County Championship team of the 2000s.

Chris Read and Ryan Sidebottom, who both helped Notts to their first county pennant for 18 years in 2005, were both picked in the final XI, which was based on performances in the red-ball competition between 2000 and 2009. 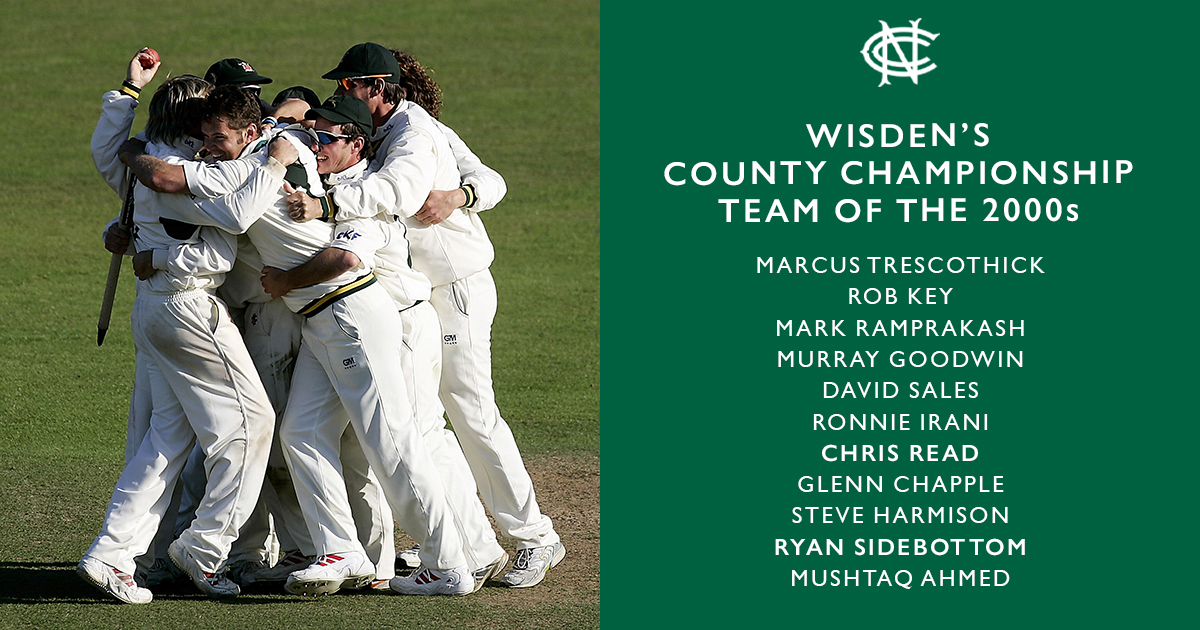 After fellow trophy-winner Mark Ealham was given an honourable mention for the all-rounder spot which went to Ronnie Irani, Read was the clear favourite for the side’s wicketkeeping berth.

"He was a great gloveman, he could captain our team, and his batting just flew."

“I was 50-50 between him and (Essex’s) James Foster when I was first given the task, but within about three minutes I was 90-10 in favour of Read.

“He could captain our team as well, and his batting just flew in the second half of the decade. He started scoring mountains of runs.”

Read was joined in the final XI by Ryan Sidebottom.

“No bowler with as many wickets had a better average, so it absolutely makes sense to have him in the side.”

“His longevity is astonishing,” said Norcross.

“He won championships with Notts and Yorkshire, and he gives you that left-arm option.”

Sidebottom’s 300 wickets in the 2000s came at 24.85 and included 13 five-wicket hauls, making him one of the most potent bowlers of the period.

“No bowler with as many wickets had a better average, so it absolutely makes sense to have him in the side,” added Wisden Cricket Monthly editor Jo Harman.

'IT WAS SO SPECIAL': BROAD ON STOKES' 2015 ASHES WONDERCATCH