Samit Patel, the stalwart Nottinghamshire all-rounder, will extend his professional career with the Green and Golds past 20 years after penning a new contract with the club.

“Playing for Notts means everything to me,” he said.

“I love the game, I love Trent Bridge, I love my teammates here and I love the club, so committing for another two years was a no-brainier really.”

Patel, who sustained a bowling economy-rate of 7.52 in the 2020 Vitality Blast, believes the time is now right to focus primarily on white-ball cricket.

“At this point in my career, the best way for me to serve Notts on the field and to extend my time as a player for as long as possible is to focus on the white ball,” the all-rounder explained.

“That’s what I’m going to do from now on, and this contract has been signed with that in mind. 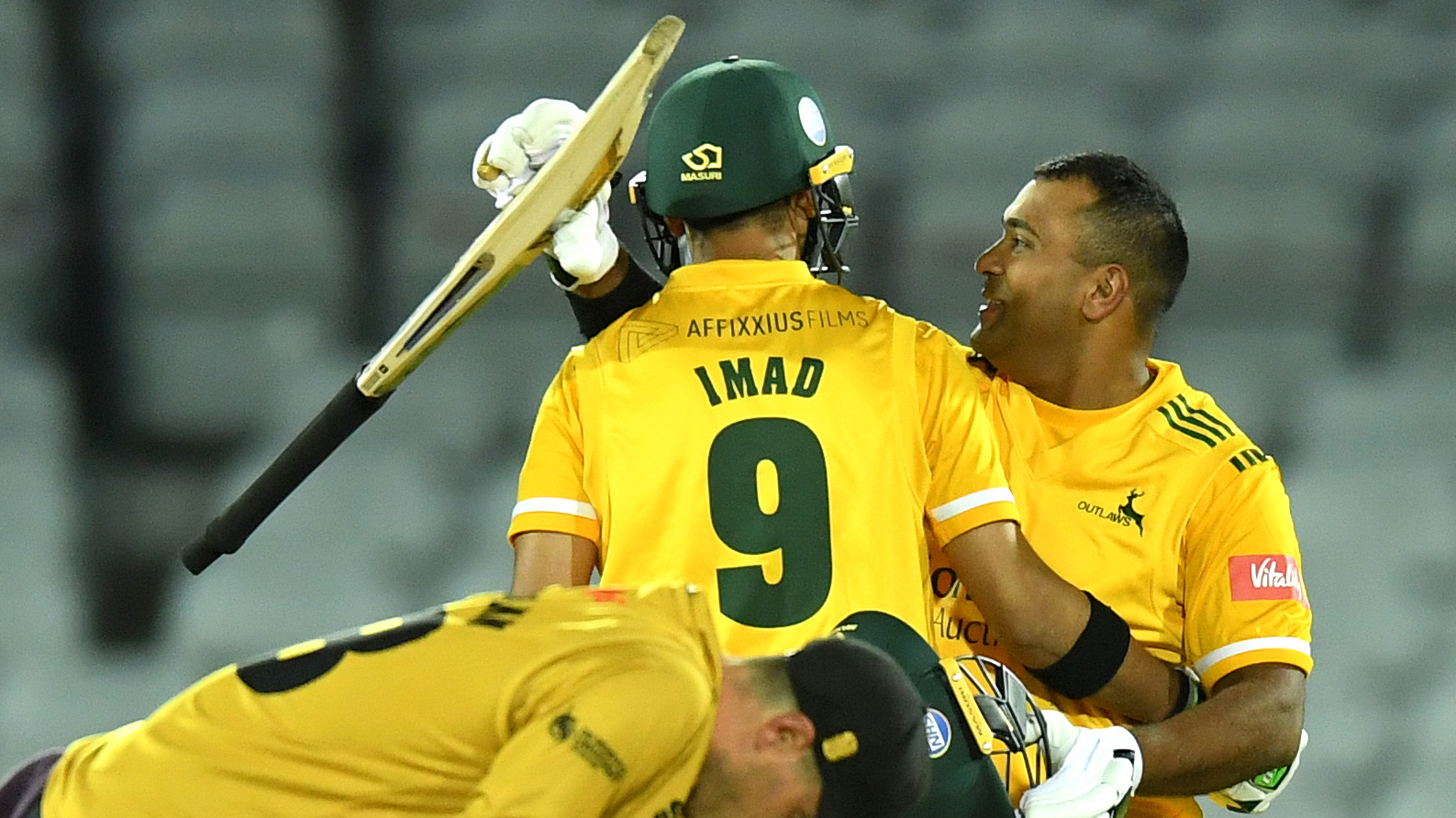 “I’m not retiring from playing with the red ball, and I’ll always be there for Notts in First-Class cricket if they need me.

“However, Matt Carter and Liam Patterson-White are spin bowlers with their careers ahead of them, and we have a talented batting line-up with loads of potential too, so I firmly believe the club needs to go down that route in the red ball game.

“In limited-overs cricket, I believe we have a team that can be there or thereabouts for years to come. I know I have a big part to play in that and winning more trophies is the ultimate aim.”

Patel featured in each of the Green and Golds’ five Bob Willis Trophy fixtures in 2020, averaging 30 with both bat and ball.

The 2020 Vitality Blast was the sixth major trophy of the 60-time England international’s domestic career at Trent Bridge.

“Samit played really well for us last season, in both formats of the game, and he showed leadership qualities and a great attitude,” said Nottinghamshire Head Coach Peter Moores.

“Playing for Notts means everything to me." Samit Patel

“His expertise with the white ball is second-to-none and has been for a number of years, so to have secured that – alongside no little match-winning ability with the bat – is great for us moving forward.

“Samit believes very strongly that we’ll benefit as a limited-overs team from him becoming a white-ball specialist – both in terms of the longevity of his career and with the specific focus it will bring to his preparation.

“The terms of this contract are reflective of Samit’s wishes in that regard. He’s earned the right over many years, and in particular with the way he went about his cricket last season, to make that decision and for us to respect it.

“When his career does come to an end, we’ll all look back on a long line of match-winning performances, and on all the memories he’s created in a Notts shirt. For now, we’re all looking forward to creating some more.”