From playing at Lord’s to starring in a whitewash over Australia, Alex Jervis has lived every English cricketer’s dream.

It’s a journey which began as a sport-mad toddler, passed through the age-group ranks at Clumber Park CC, and now sees Alex starring for Cuckney, Yorkshire and England – as well as helping to coach in Nottinghamshire’s recreational setup.

For any individual, getting to the top requires perseverance, perspiration and a persistent desire to prove the doubters wrong.

For Alex, who has learning disabilities, those challenges have been greater than for most.

“Throughout my life, there have been a lot of people telling me what I won’t be able to do,” he says.

“I remember being told at an early age that cricket wouldn’t be a good sport for me because of my co-ordination.

“I’ve been told I wouldn’t be able to play first-team cricket.

“I’ve proved them all wrong – and at times, I’ve even proven myself wrong with how my career with England has progressed.”

"Throughout my life, I've proved people wrong - and I've even proven myself wrong at times."

Professional training camps in Portsmouth and Shrewsbury prepared the seamer for life on the global stage – where the highs were as high as any England cricketer can expect to experience.

“Touring with England was an incredible experience, in terms of the professionalism of the setup,” he recalls.

“I was expecting it to be about having a few beers and occasionally playing a bit of cricket, but it was very different!

“We had a full three weeks of training to acclimatise, then a pretty packed playing schedule.

“In 2019, we went to Australia for an eight-game limited-overs series – five T20s and three One-Day Internationals. Australia thought they could just turn up and beat us in the T20s, and win the series that way, but we ended up winning 8-0!

“That’s right up there as a highlight for me, along with playing on the Lord’s Nursery Ground – definitely the best pitch I’ve ever played on – and taking five wickets on my England debut in 2017.” 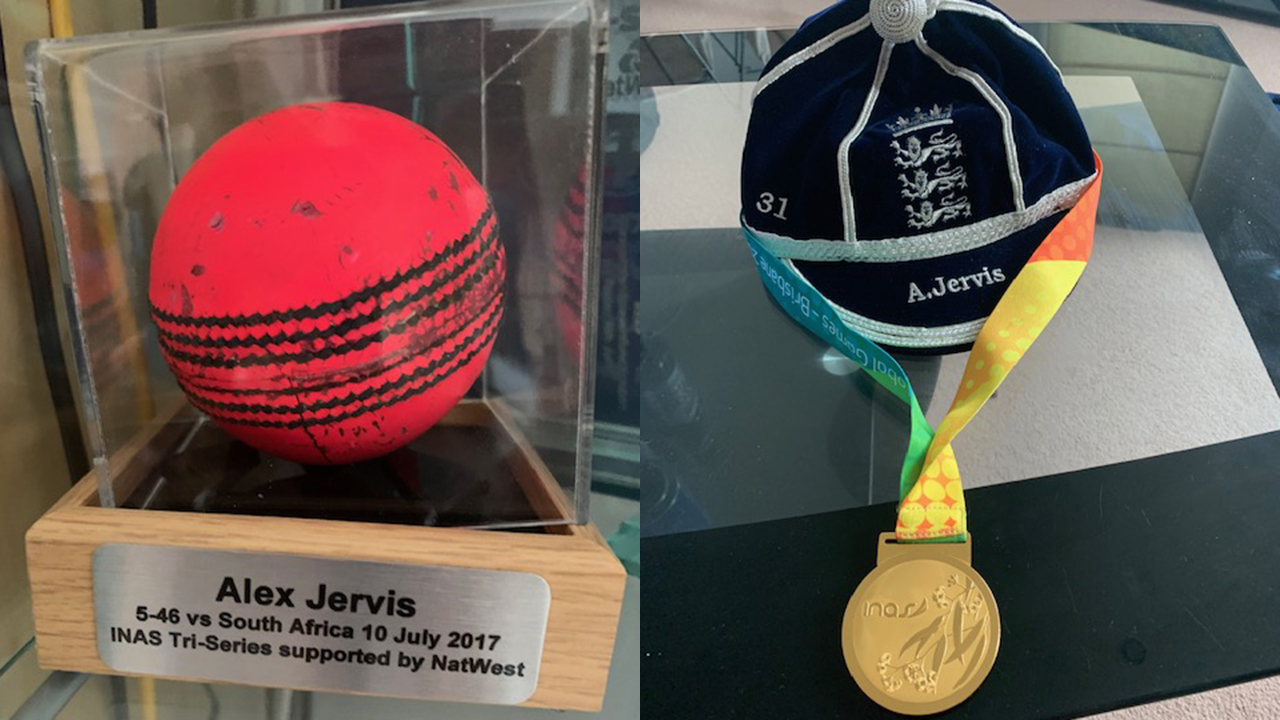 In sport, however, highs and lows often walk hand-in-hand.

From the tribulations of life on tour to the difficulties of dealing with a stint outside the starting XI, misfortune has, on occasion, headed Alex’s way.

These are the times when the strength of the bonds across the whole cricket family have been clearer than ever.

“Going away for training was tough at times, but my love of the game kept me going,” he says.

“But there have been some times when I’ve felt I could fall out of love with cricket.

“When I was dropped for the last few games of my first tour of Australia, I struggled a bit – and I probably found it hard to switch off from cricket at times.

“But during lockdown I had phone calls from (England cricketers) Joe Denly and Kate Cross, just checking in on how I was doing and chatting cricket. Hearing Kate share her experiences of anxiety when she was left out of the England team really helped me. It made me realise that talking about things can be a huge help.

“The whole England setup has become much tighter in recent years, and that's really helped with our belief as a learning disability side."

“The whole England setup has become much tighter in recent years – ever since Andrew Strauss (as Director of England Cricket) made sure we received the same equipment and treatment as the senior men’s side.

“That really helped with our belief as a learning disability side – we’d never been treated that way before.”

Now a seasoned competitor on the global stage, Alex has been able to reflect on exactly what the game of cricket has brought him – and how he can help it to bring joy to others.

“I’m definitely more confident – particularly on the field – than I was when I first started playing,” he says.

“When I see someone improve by putting my tips into practice, and when I get great feedback from young people and their parents, that’s really rewarding.”

Find out more about disability cricket and Super 1s in Nottinghamshire here...