Ben Duckett believes a determination to back his own instincts has been the driving factor behind a purple patch of prolific form across both red and white ball cricket.

Duckett, a centurion in his most recent Bob Willis Trophy outing, returns to the T20 format this weekend, with the Outlaws facing Lancashire Lightning on Friday 11 September.

The Green and Golds have named an unchanged squad for the top-of-the-table clash at Trent Bridge. 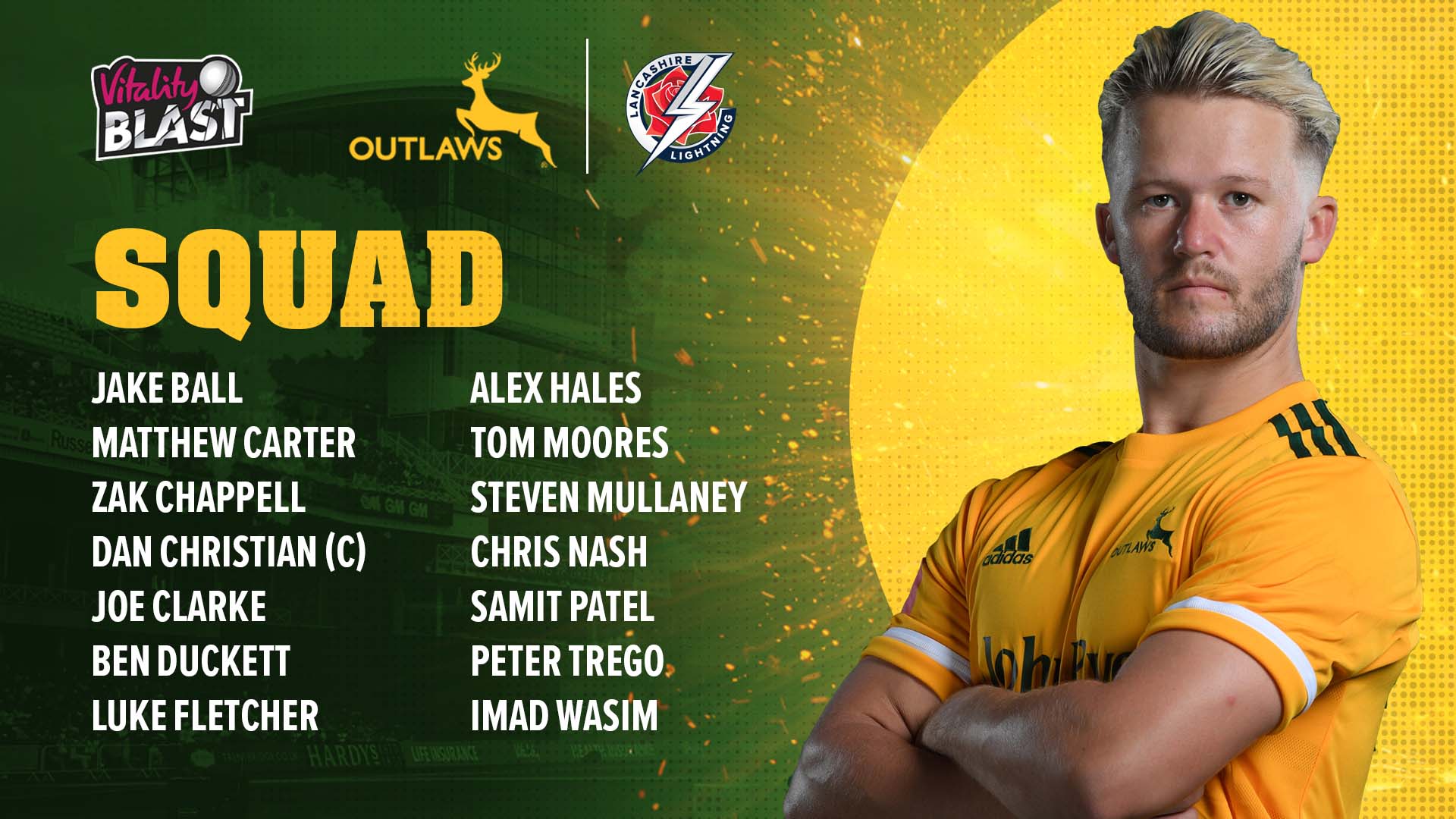 Duckett’s unbeaten 86 carried his side to victory over Yorkshire Vikings last week – a knock which the left-hander feels encapsulated his approach to the game.

“I think what I took from the Yorkshire game is that I don’t need to hit loads of big sixes,” he said.

“I can trust my hands, not get carried away with how other people are playing, and still go along at a good strike-rate.

“That’s my approach in all three formats really – to stick to the core strengths of my game. Obviously in T20 you might try a few funky shots sometimes, but I'm trying to keep it as simple as I can.”

In three completed fixtures so far this season, the Outlaws have chased 181, 190 and 123 to win each encounter having lost the toss.

“Our batting line-up is so strong – all the way down to the likes of Samit Patel, a legend of the club, coming in at eight,” explained Duckett.

“We’re happy to chase whatever target we’re set; we believe if they get 240 then we can go and knock it off.

“And when we have to set the tone by batting first, we've got everything covered with our bowling as well, so we're happy to take that route.”

Lancashire have kept pace with the Outlaws in the Vitality Blast so far, with only net run-rate separating the sides.

The first T20 fixture between them this season fell foul of the weather, with the teams not even able to begin their warm-ups at Aigburth before the game was called off.

The abandonment further shortened an already-truncated season, and Duckett is keenly aware of the extra importance that places on Friday’s match.

“It's a slightly shorter competition already this year, even without the games that have been rained off, so every game is important,” he said.

“If we go and win on Friday, it’ll give us some good momentum in the group stages. It would be massive for us to get a home quarter final again, so if we beat them we’ll be in a great position to do that.”

When it comes to sharing the action from Trent Bridge this summer, our multi-camera live stream has got you covered. Watch live..