Kathryn Bryce’s fine all-round performance was not enough to prevent Northern Diamonds from securing a narrow nine-run victory over Lightning in their Rachael Heyhoe Flint clash at Emirates Riverside.

Bryce took a five-fer and scored a half-century, but it was Natalie Sciver’s contributions with bat and ball which proved decisive.

The England international claimed two wickets and notched a century for the hosts, allowing the Diamonds recovered from 24-4 to post a competitive total of 226 from their 50 overs.

Sciver, Linsey Smith and Nottinghamshire’s Jenny Gunn took two wickets apiece to clinch Diamonds' second win in the competition, leaving them in a strong position in the North Group.

Lauren Winfield was the key player in the Diamonds' victory over Central Sparks in their opener. However, she lasted only four balls as Bryce got the breakthrough in the second over, sneaking her second ball of the day through the gate.

The Scotland captain struck again through the clever work of Sarah Bryce, stumping Hollie Armitage after she stepped out of her crease. Kathryn was on a roll, securing two further scalps to remove Sterre Kallis and Katherine Brunt and leaving the hosts reeling. 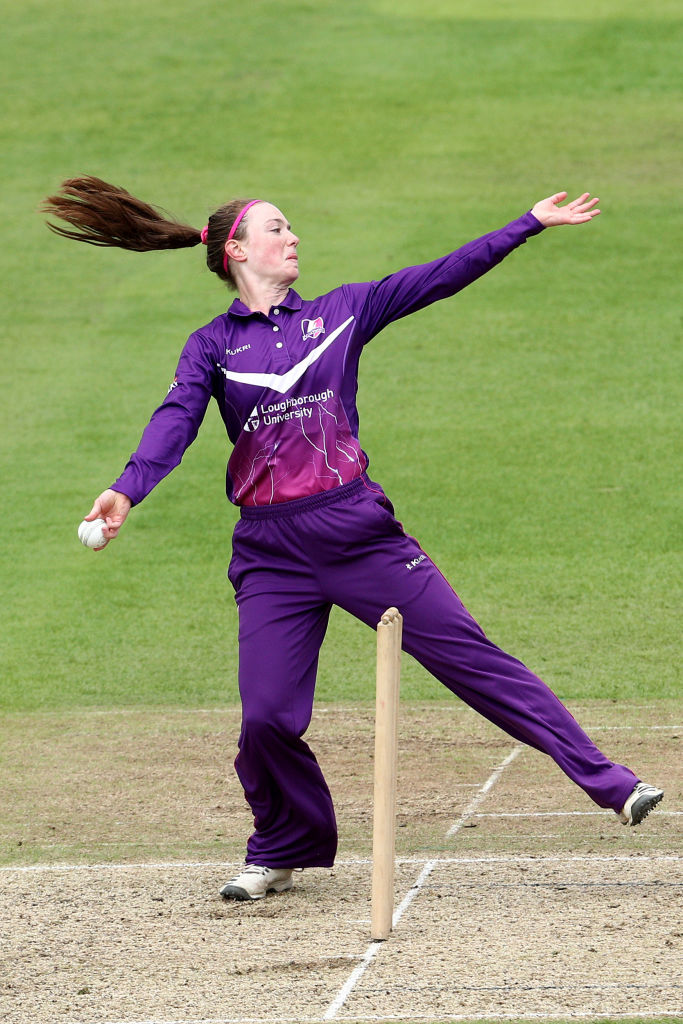 Sciver and Gunn turned the momentum with a stand of fifty for the fifth wicket from 82 deliveries. However, Bethan Ellis dismissed Gunn and Bessie Heath to put the pressure back on the home side.

The all-rounder kept her composure despite the loss of wickets around her and was able to reach her half-century from 62 balls, passing the milestone with a strike over the top. Sciver was aided by Alex MacDonald (24), adding a half-century for the seventh wicket to guide the Diamonds past the 150-run mark.

The 28-year-old was rewarded for her exploits in the middle with a century, reaching the milestone with a quick single. Bryce returned to claim her fifth wicket of the innings, bowling Sciver for 104, although the Diamonds were able to post a competitive total of 226.

The Lightning began well in their reply without taking a great deal of risk. Tammy Beaumont and Sarah Bryce brought up their fifty partnership in the 10th over. Both players were able to manoeuvre the ball around the field to make inroads into their target.

Beaumont deployed the sweep to great effect and she brought up the visitors' hundred with two runs down to fine leg, while Sarah Bryce then worked her way to her second half-century of the competition from 80 balls.

Beaumont followed suit in recording her fifty, but was then bowled by Smith, breaking the opening stand at 117. Smith then had Sarah Bryce caught behind for 57 to make further inroads. Once the openers were gone the Lightning struggled to score, and Sciver ramped up the pressure by removing Ellis and Lucy Higham cheaply.

Kathryn Bryce held the innings together for the visitors, notching a vital 66-ball fifty. She upped the ante by dispatching a four and a six from back-to-back deliveries. However, it was not enough for the visitors, who fell short of their victory target.

Fletcher: We’ve Got A Trophy To Win

WATCH | Duckett: So Special To Take Team Over The Line