As the start of the 2021 LV= County Championship draws ever closer, we’ve delved into the archives to relive some of the greatest Green and Gold performances of yesteryear.

As part of our new series, Red-Ball Rewind, we’ll be looking at some of the finest performances against opponents destined for the hallowed turf of Trent Bridge this summer.

September. The leaves are starting to fall from the trees, the last embers of summer are burning away and County Championship matches can, sometimes, be reserved for two counties going through the motions.

Nottinghamshire v Durham was no such occasion. As one member of the Green and Golds announced himself over the course of three days in September, a player steeped in history was putting an exclamation mark on his legend.

Any semblance of what was to come in the coming days wasn’t evident in the first two sessions as, after losing the toss, Notts were bowled out for just 204 inside 54 overs, despite fifties from Steven Mullaney and Luke Wood.

By the end of day one, the visitors had raced to 174-2, and looked set for a commanding first innings lead.

They secured just that over the course of the second day, posting 372 all out, including 96* from Michael Richardson.

However, Brett Hutton certainly had something to show for his efforts.

The all-rounder, 22 at the time, had plugged away throughout his 22.2 overs to finish with an innings analysis of 5-77, including the wicket of Paul Collingwood, who he removed in both innings. More on that later. 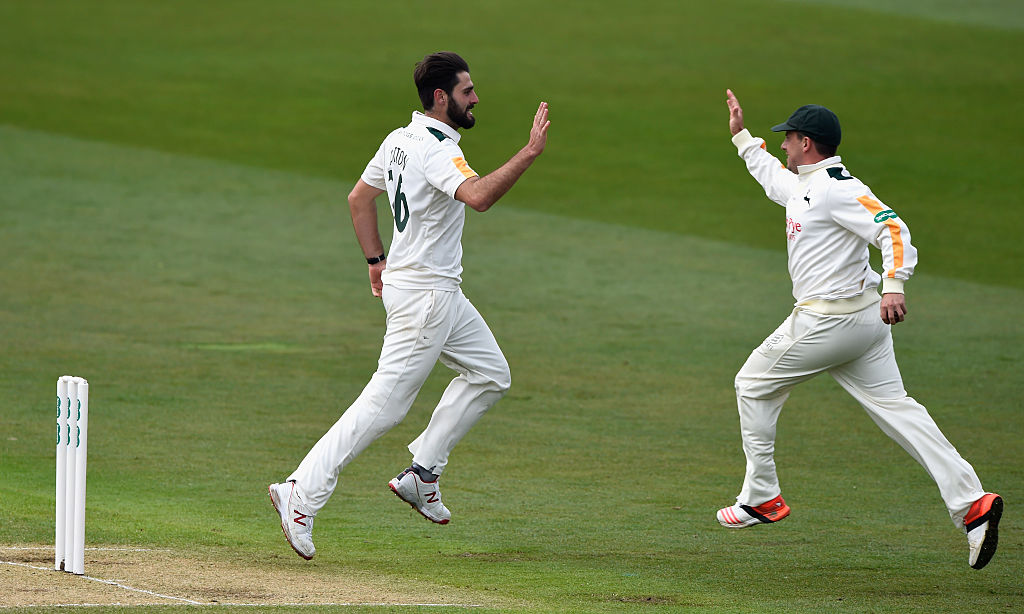 After conceding a 168-run deficit after the first innings, Notts’ position at the end of day two once again didn’t give any inkling as to what may occur.

Closing the day on 138-4, still trailing by 30, the hosts needed every one of Riki Wessels’ 85 and Samit Patel’s 100 runs on the third morning to pile the pressure back on the visitors.

Set 215 to win, Jake Ball removed Jack Burnham without scoring to give the Green and Golds the perfect start.

Mark Stoneman and Scott Borthwick, however, had other ideas. The two men, one who had tasted England action and the other who would go on to open the batting for the national side, stood firm.

At 58-1, the visitors seemed to be cruising. Then, the foundations for sub-plots which had been laid on previous days began to bear fruit.

Borthwick, Stoneman and Richardson all fell in quick succession, the two England men to Harry Gurney and the latter to Hutton, his sixth victim of the match.

His seventh, however, will be remembered for more than just its importance in this game.

Shaping the ball away from the nuggety Collingwood and taking the edge of the former England middle order batsman, Hutton handed Chris Read an easy catch behind the stumps.

However, it wasn’t the skill of the bowling or the simplicity of the take that would capture the headlines.

“They all came and gave me a big hug which was nice.”

As the ball nestled in his gloves, Read chalked up the 1000th First-Class dismissal of his career.

In completing the catch he became the first wicketkeeper since Jack Russell, who would later be commissioned to paint a portrait of Read for the Trent Bridge pavilion, to reach the landmark.

“They all came and gave me a big hug which was nice.”

The moment appropriately marked Notts’ attentions turned towards their unexpected tilt at victory.

Hutton was at his rampant best, a sight that Nottinghamshire Members and supporters alike will be hoping to see more of in 2021 and beyond.

After adding Ryan Pringle LBW and Chris Rushworth, caught at mid-off by Michael Lumb, the paceman produced a delivery that its recipient would have been proud of.

Graham Onions’ off stump was uprooted, sparking jubilant scenes. Hutton’s match figures of 10-106, still his career-best, fully deserved the lap of honour he embarked on.

Nottinghamshire had pulled off a remarkable 52-run victory and skipper Read was given a guard of honour on the way back to the pavilion, by teammates, Durham players and Members alike.

Durham are the first opponents of the 2021 summer for the Green and Golds, and if the game is half as exciting as this encounter in the depths of the 2015 season, it’ll be a treat to witness.