Dane Paterson says a shared understanding and inherent enjoyment has been the secret to Notts’ success, as the Group One leaders head to the North-East with ten points needed to guarantee qualification to Division One of the LV= Insurance County Championship.

Peter Moores has named a squad of 13, including the returning Stuart Broad, for the visit to Emirates Riverside. 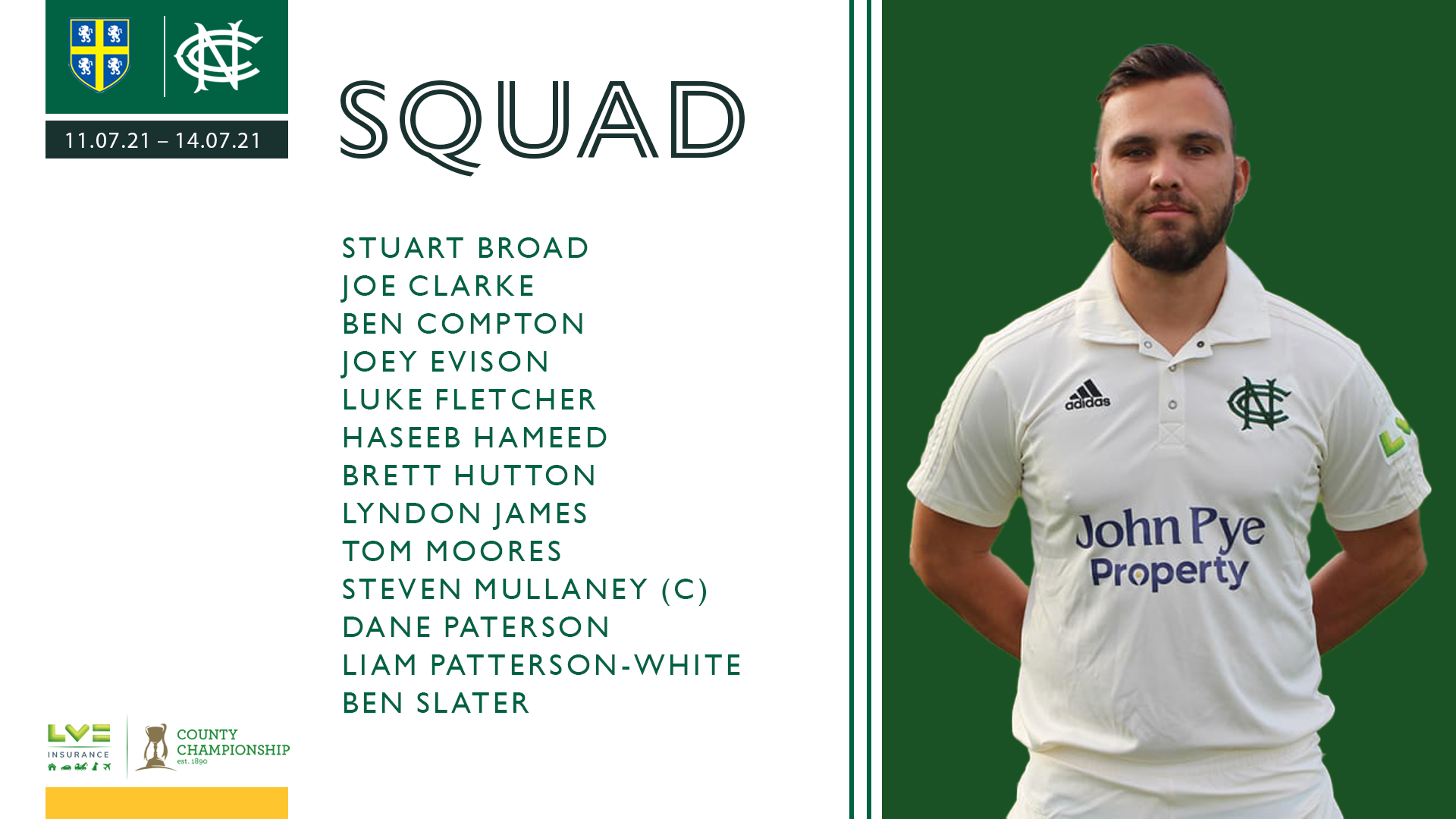 “We enjoy our cricket on the field, and that is so important,” Paterson said, reflecting on how Notts have come to be top of the table.

“When we find ourselves in tough times, we crack a couple of jokes, and we don’t put too much pressure on ourselves. The beauty of four-day cricket is that if you bowl a bad spell you can come again, or if you get none you’ll have another chance.

“It’s a great bunch of lads who have no egos and don’t take winning for granted. We enjoy it, but we come back next time and focus on more success. That makes for a healthy team culture.”

Paterson himself has taken 29 red-ball wickets in the pristine whites of Nottinghamshire, despite being sidelined with a pectoral injury which required surgery prior to joining the club.

He admits his alliance with Luke Fletcher - the pair have accounted for 75 of Notts’ 150 Championship wickets - has helped his performances, albeit he maintains that personal success is not a priority.

“Fletch has been bowling tremendously, and when someone is red-hot like that, it enables you to sit back and watch, and when your turn comes around you generally find success," he said.

“I have had a few spells where I have picked up a couple of wickets and opened up the game up quickly, which is nice, but I don’t really mind my personal successes.

“The main thing is that it has put us on the path to victory. I am a team man; I have been bowling into the wind all season! Jokes aside, I am happy to do what is needed and when it is my turn to bowl, I will put my all into it.”

The South African has also been impressed with the work ethic and positive approach of his teammates during his time at Trent Bridge.

“Getting into the top division would be a major reward for a lot of hard work. We have been playing to our strengths, and the mentality we have approached games with has been great," he said.

"We have been playing on wickets which have probably favoured bowlers, so for our batters to go as well as they have is a great sign. That DNA is a recipe for success.

“As for facing Durham, we will focus on ourselves, and continue doing the things we have done well. It is nice that some of the pressure has been lifted with that Derbyshire win, and we go up to the Riverside with confidence.”