Steven Mullaney has praised the adaptability of the Notts squad, who sit top of both the LV= Insurance County Championship and Vitality Blast tables ahead of a crunch T20 fixture against Yorkshire Vikings on Friday.

Peter Moores has named a 14-man squad for the fixture, with Ben Duckett and Jake Ball missing through England duty. 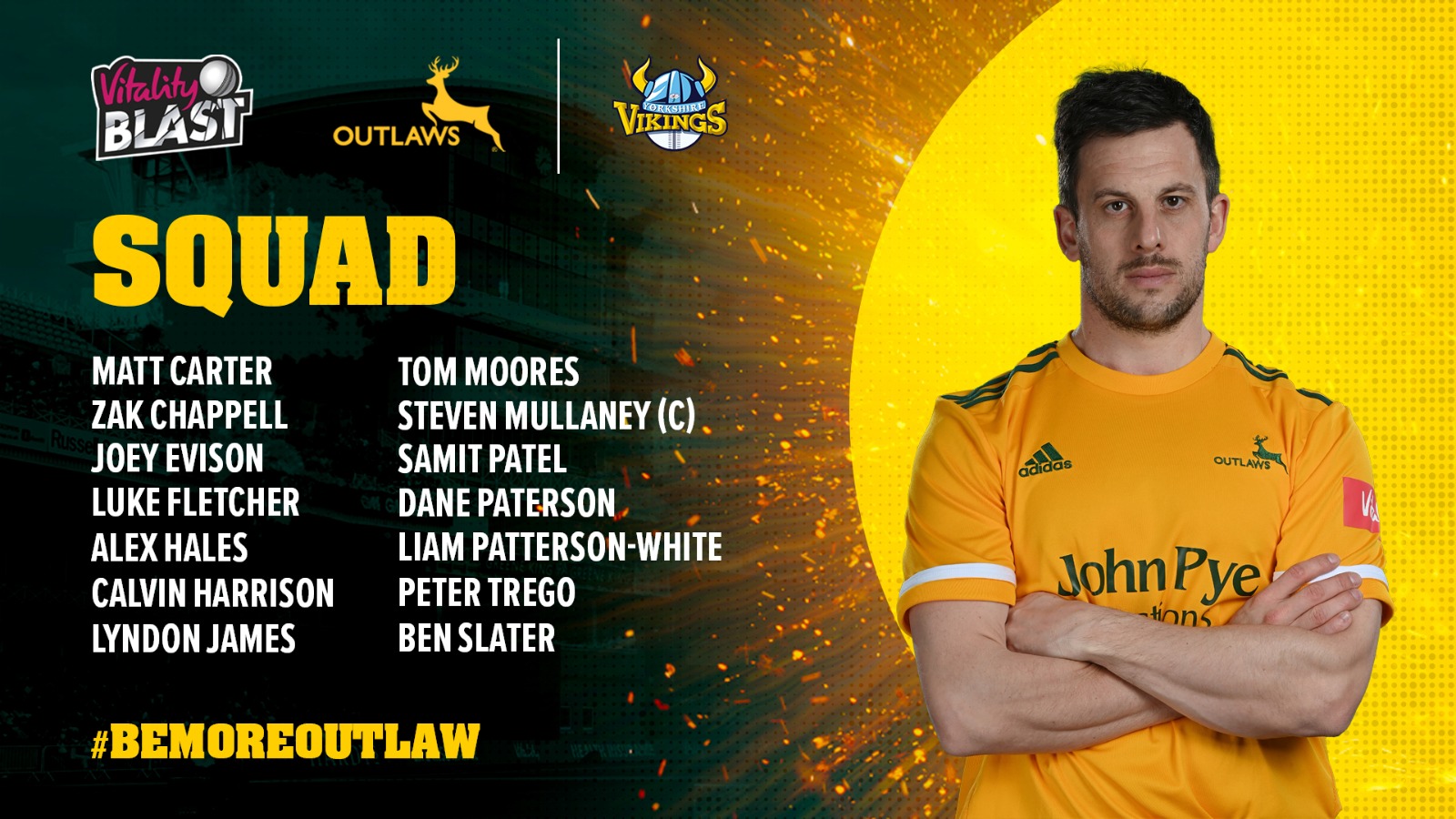 Covid precautions and international call-ups have forced changes in the Notts side in recent games, with Ben Slater and Dane Schadendorf notable call ups to the white and red-ball teams respectively.

To the delight of the captain, however, the depth of talent found in the squad has come to the fore.

“For Slats to come in and play the way he did was really impressive,” Mullaney said, reflecting on Slater’s match-winning 31-ball 48 against Leicestershire.

“He has got his basics sorted for all forms of cricket. His record in 50-over cricket is phenomenal, so for him to slot into the T20 side was an easy transition.

“We’ve seen it with Dane Schadendorf coming in for the four day game, too. He took four catches, conceded no byes, and looked right at home with his batting. Lyndon James and Peter Trego came straight back into the Blast team at short notice as well, and I think that adaptability is a really good sign of where we are at as a squad.”

The Outlaws go into the top-of-the-table encounter having beaten Birmingham Bears by 114 runs at Edgbaston a week ago, a fixture in which Samit Patel continued his scintillating form with 40 from 31 deliveries, whilst Jake Ball finished with figures of 4-11 from 2.4 overs.

However, Mullaney is not looking too far ahead as the defending champions look to secure a home knockout tie.

“Confidence, not complacency is the key,” he said.

“It was a team effort against Birmingham. The first thing was the powerplay batting from Hales and Duckett to get us out of the traps. We thought that 160 was a good score on that pitch, so to get 170 was massive.

"Then Samit set the tone with the ball, and the way Jake performed was absolutely phenomenal.

“It was great performance, but that is gone now - and we're concentrating on the next one.”

Victory against Yorkshire will guarantee the Green and Golds a home quarter-final with two group-stage games to spare.

With those last-eight ties scheduled for late August, the prospect of playing in front of five-figure crowds at Trent Bridge is one which excites the skipper.

“It’s felt like a full stadium at times in recent games - the noise the crowd has made has been unbelievable," he said.

"We're very grateful for what we have had here, but we would also love for Trent Bridge to be back at full capacity.

“I have really enjoyed captaining this side in T20, and I think I’ve got better and better.

“Obviously it was a manic few days finding out that I would be doing the job (following Dan Christian's Australia call-up), but we've got a great set of lads here and they are easy to captain. Hopefully I can get us to a home quarter final and then we’ll see.”

When it comes to following Notts from afar, our live stream has got you covered.