Steven Mullaney believes the experience in Notts Outlaws’ Vitality Blast squad is crucial to their success as the Green and Golds prepare to face Lancashire Lightning at Emirates Old Trafford.

The Outlaws have named a 13-man squad as they look to continue a run of three successive wins in the competition. 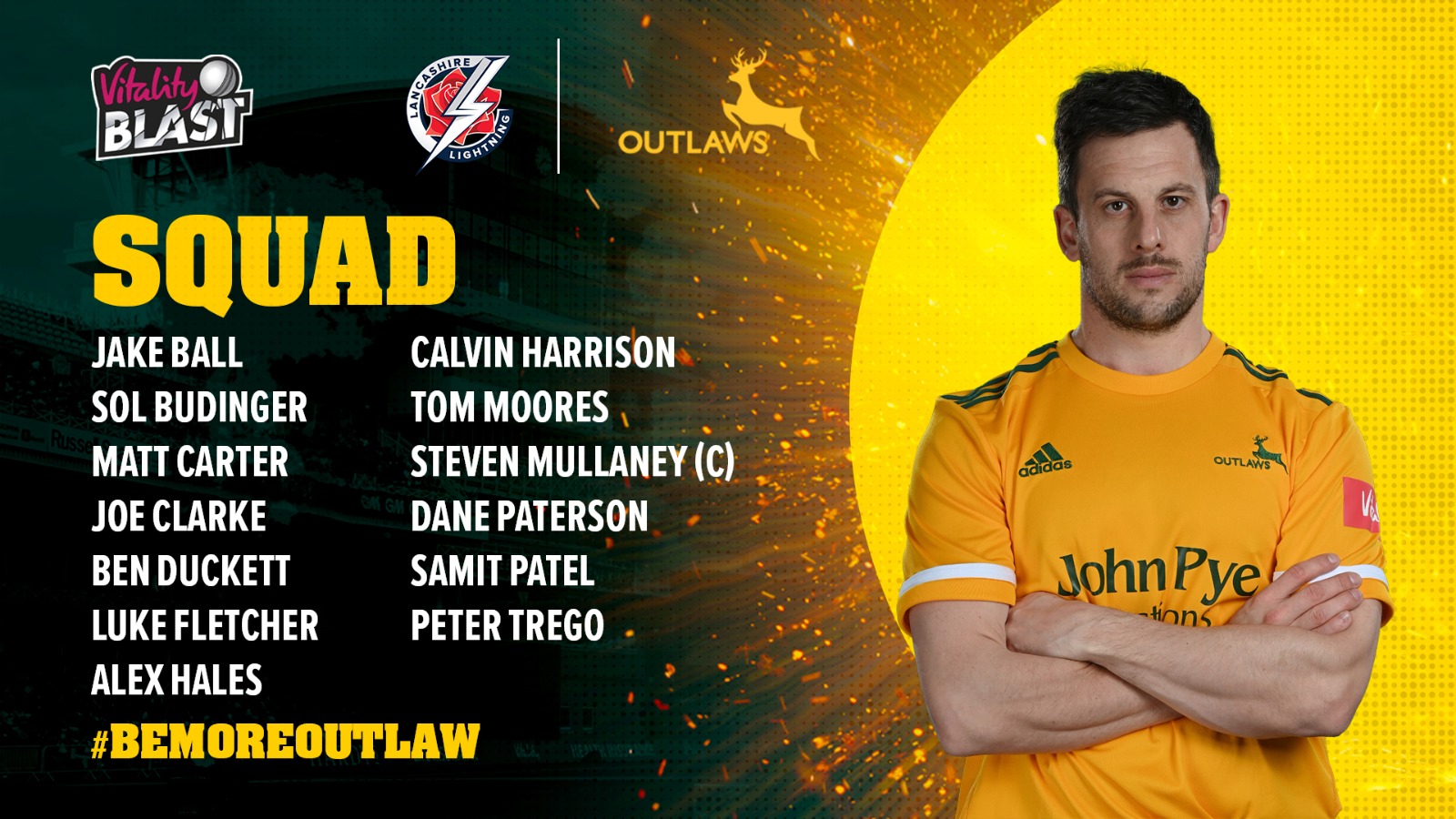 “We’ve got several players who have played a lot of T20 cricket and are in form,” Mullaney said, reflecting on the wealth of squad members who have fired in the Blast thus far.

“Jake [Ball] is getting back to his best having been out injured, his first over against Derbyshire was outstanding and he is getting better and better.

“To nail two yorkers under pressure with a wet ball at the end too, shows how much skill he possesses.

“Samit [Patel] has got a big score under his belt, and is generally crucial with bat and ball, and I’ve managed to spend some time in the middle and felt good.”

In the Outlaws’ first wins of the season, it was Joe Clarke and Alex Hales who did the damage. Clarke blasted 136 against the Steelbacks whilst Hales’ 96* against Durham was the difference between the sides.

To have secured a win by two runs with neither firing against Derbyshire Falcons displayed the talent in the squad, according to the captain.

“To win without Hales and Clarke scoring was important, because it shows our depth,” the 34-year-old said.

“Duckett summed up what we do well as a side in the format - assessing conditions but still being positive. Going in on that pitch was difficult, it was two paced, so I am particularly proud of the team.”

For Mullaney, to have come out victorious in a tense affair against Derbyshire was particularly important

“It was really important that we continued our momentum. It felt like a knock-out game because of the way it finished, and it is important to bank those games, because they stand us in good stead moving forwards having come out of it on the right side.”

As they gear up for their sixth game of the campaign in just 11 days, Mullaney is aware of the threat posed by Sunday’s opponent Lancashire, but believes with success behind his squad, they will head into the fixture with high hopes of a positive outcome.

“Lancashire are arguably one of the best sides in the country. They lose a couple of excellent players to England in Jos Buttler and Liam Livingstone, but whoever comes in will be well drilled," he said.

“They are very well led by Dane Vilas, and they have got the likes of Alex Davies who has scored a lot of runs in this competition. We know that they are a good team, but with the run we are on, it is a game that we are confident heading into.”