Trent BridgeMENU
DUCKETT: WE NEED TO STAMP OUR AUTHORITY
INTERNATIONAL CRICKET
IN 2022

DUCKETT: WE NEED TO STAMP OUR AUTHORITY

Ben Duckett has called on his Nottinghamshire side to continue their fine run of form as they prepare to face Warwickshire in the LV=Insurance County Championship fixture at Edgbaston.

Notts have made one change to their squad from the victory against Worcestershire, with Brett Hutton replacing Stuart Broad who is away on England duty. 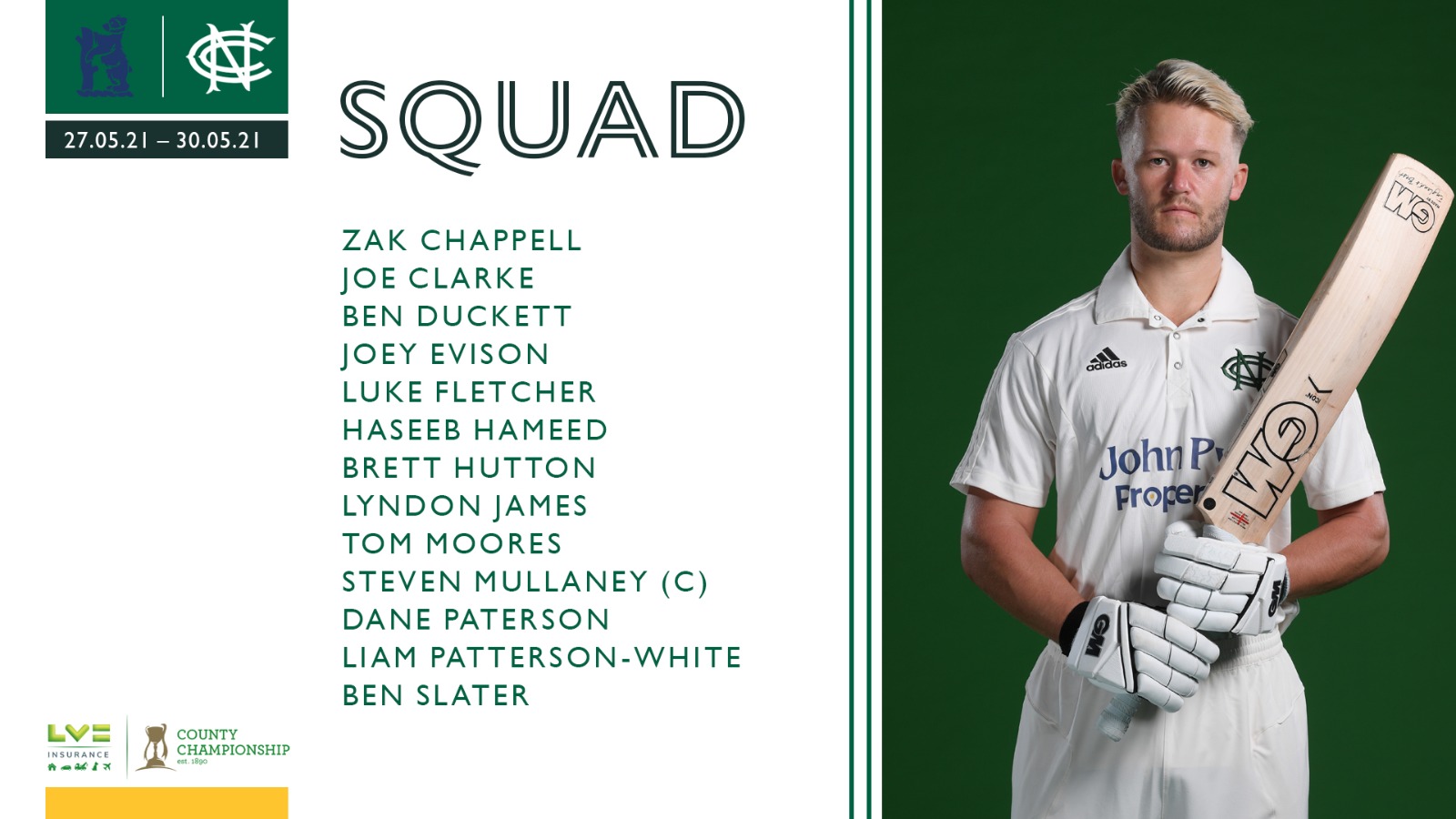 Nottinghamshire have won three successive games in the competition, spurring impetus in the dressing room.

“It’s the best the atmosphere has been since I have been at the club in the four-day format”, Duckett said, “It’s obviously nice to put wins on the board, and it is great to have that momentum.

“We aren’t going to always win, but while we are, we have got to keep doing what we are doing, and that is every one of us working hard to put performances in.

“Whilst we are going well, we need to stamp our authority and really be ruthless, and try and get as many points as possible."

Duckett himself struck 177* in the first innings against Worcestershire to set up a thrilling win, a performance which has spawned confidence in the top order batsman, and the left-hander is seeking add to the 361 runs scored already this season.

“Getting a big score like that takes a bit of pressure off for the next couple of weeks", he said.

“Half the battle in four-day cricket, especially as a batsman, is the mental side of things. When you are searching for a score and you are struggling, you can try a bit too hard, but I think the good thing about getting a ton on the board is that it gives you a bit of freedom.

“You can be in bad form in first-class cricket and it can be really frustrating, so when you do get in a good vein, and you are hitting the ball well, it is really important to cash in.”

Shared responsibility within the side gives the 26-year-old added cause for confidence, too. The top six batsmen have scored six hundreds and 12 fifties between them this season.

“It’s so important that everyone chips in”, Duckett said.

“The best sides in four-day cricket don’t rely on one man, because there is so much cricket to be played. In T20, one person can win the game, but that’s not the case with the red ball.

“This week, it was Lyndon [James], Mull [Steven Mullaney] and myself with the bat, but we then had to bowl Worcestershire out twice, and led by Fletch [Luke Fletcher], the bowlers were superb.

“In four-day cricket, it requires a team performance.”

The trip to Birmingham will see the Green and Golds face off against the only side who have beaten them this year, with Warwickshire chasing down 333 to win by three wickets earlier in the season.

For Duckett, it provides added motivation for the win as Notts seek to extend their lead atop the Group One table, and look forward to the next stage of the competition.

“We go to Edgbaston with them having one up on us earlier in the year, when we felt like we should have won, so we certainly believe we can go there and turn them over.

“Because we carry over points from the games against the team we go through to the next group with, and that could be anyone, every game is important.”

Duckett is acutely aware of the effect the returning crowds can have on performance, too, and is hopeful for a spattering of away supporters in the Midlands derby.

“It was huge having the crowd behind me this week”, he said.

“I can speak for myself when I am batting, you hit a boundary, or get fifty or a hundred, and there is a big round of applause. Hopefully we do get a few there this week and they can help us.”

Hameed called up by England

PreviousLyndon James: Our Goal Is To Beat Everyone In The Group NextHameed called up by England
TWEETS
Tweets by @TrentBridge
NEXT FIXTURE
T20 Blast
27 May 2022 at 18:30
Trent Bridge
Notts Outlaws
Worcestershire Rapids
Buy Tickets
LAST RESULT
12 May 2022
Lord's
Middlesex
Nottinghamshire CCC
Match Report