Lyndon James has backed Nottinghamshire to overcome the pressure posed by a crunch clash against Hampshire at the Ageas Bowl in the LV= Insurance County Championship, for which Peter Moores has named a 14-man squad. 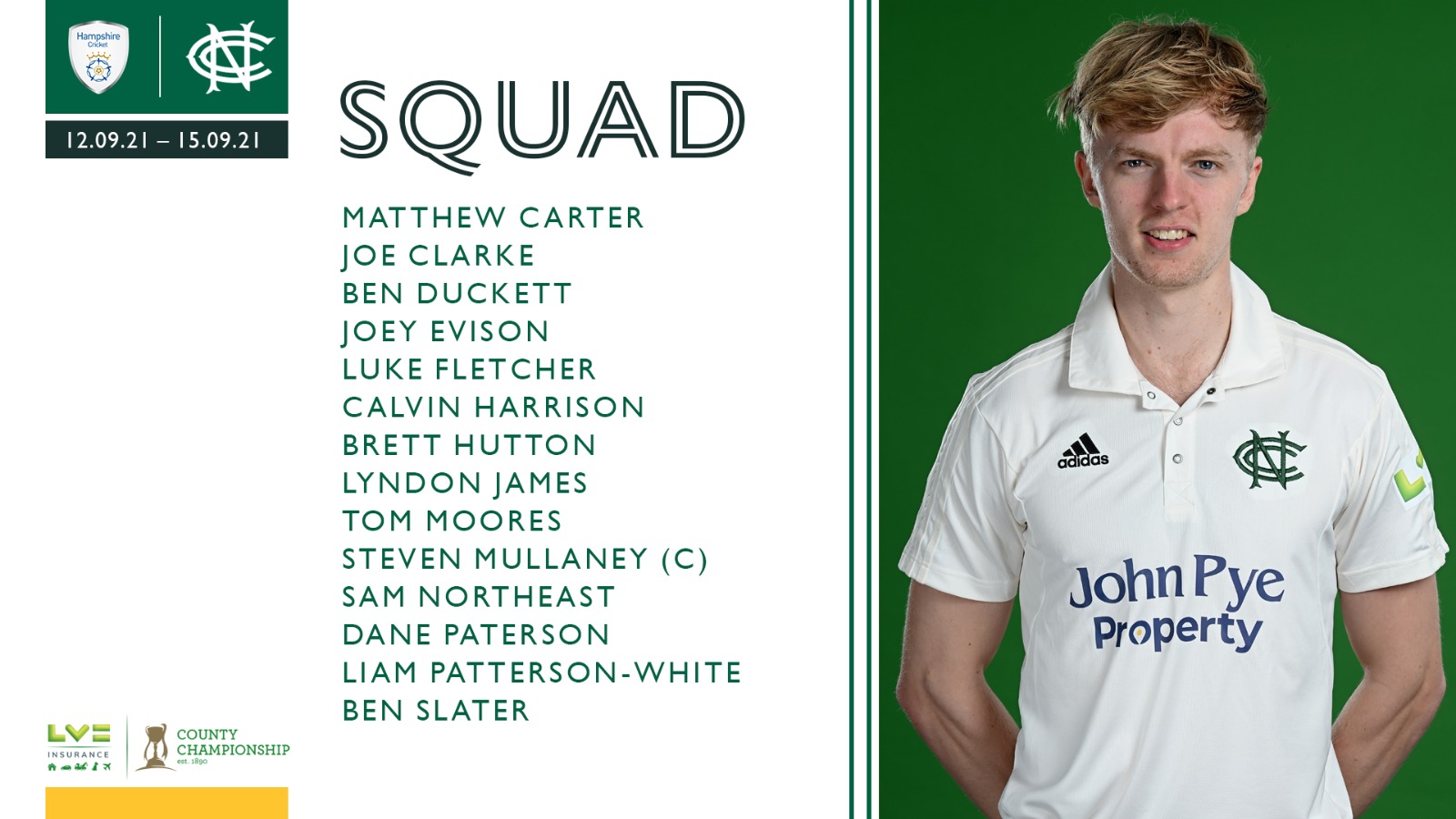 Notts currently sit at the top of the Division One table with two games remaining in the campaign, while the hosts are 10.5 points behind in third place. With fate in their own hands, James believes the Green and Golds are equipped to deal with the stakes.

“We have been under pressure all year,” James said.

“People were on our backs about it being however many years since we won at the start of the season, and it is no different to that.

“I don’t think anything changes for us. We know how we play our red ball cricket and these next few days, that is exactly what you will see again.

“There is no arrogance there. We are going to come up against two very good sides in Hampshire and Yorkshire, and we are going to have to put in two great performances with bat and ball, but we are ready to do that.”

Notts have been buoyed by consecutive wins to start their Division One charge - a three day romp against Somerset in the opener followed by a victory over Lancashire secured with less than an hour of play remaining on the final day.

The manner of Notts’ tight win against the Red Rose bodes well, James says, heading into the final fixtures, and he believes the squad are focussed on what it takes to achieve their County Championship goal.

“The mood in the dressing feels really good,” he said.

“The way we won that game, it was down to the wire, and a lot of hard graft went into it. We kind of needed to win like that because the games we have won this year have been quite convincing, and it is nice to get a tighter one under the belt.”

“This week when Lancashire had that ninth wicket partnership where we didn’t take a wicket, you had to remind yourself that we have the opportunity to do something special. It gives you that extra burst of energy to go hard again.

“[Peter] Mooresy has a great line: ‘If you need energy or motivation, look at the end picture of winning a championship, then quickly bring yourself back to the moment,’ and that has worked well for us."

The home side, meanwhile, most recently secured a win against Notts’ Group One opponents Warwickshire, and held out for a dramatic draw against Yorkshire in the opening game.

With T20 Finals Day around the corner for the Hampshire Hawks, too, James is under no illusions of the threat posed by the South Coast based team, but is relishing the challenge of the fixture.

“Hampshire have come off a great win against Warwickshire and a good draw against Yorkshire, and their confidence will be just as high as ours,” he said.

“Realistically, they are as close to winning the competition as we are, and they are going to Finals Day a few days after, so they have had a great year.

“It is going to be a tough game but that is what Division One cricket demands, and it is how it should be. If we perform how we have done in the last few games we have every chance of success.”

Mullaney Praises Notts For Sticking To Task Under Pressure