Ben Slater has called on Nottinghamshire to close out a statistically significant season regardless of results elsewhere as Yorkshire visit Trent Bridge for the final fixture of the LV= Insurance County Championship season, for which a 13-man squad has been named. 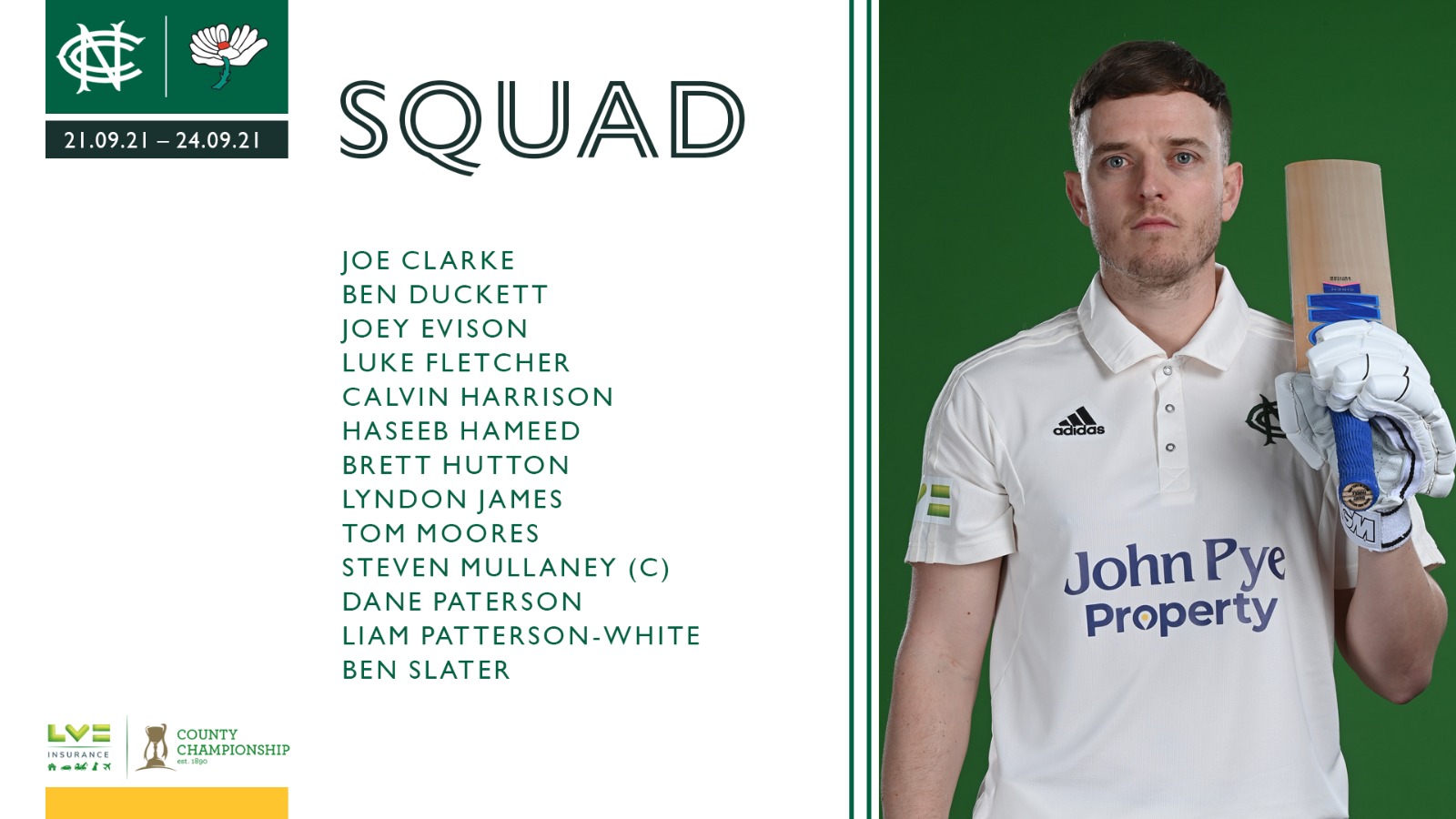 With Notts, Lancashire, Warwickshire and Hampshire all vying for glory, the Green and Golds are reliant on results going their way to secure the title, but Slater is fully focussed on the task at hand, with the added incentive of a possible spot in the Bob Willis Trophy final.

“First and foremost, we need to make sure we win this game,” he said.

“We can’t look too far ahead of that because if we don’t win it, we haven’t got a chance, so that has got to be our main aim. Whatever happens elsewhere is out of our hands, but we can put a performance together to win this game.

“It would be great to get to Lord’s, too. If we do get there it is because we have won the Championship or finished runners up, so that will show how well we have done over the course of the season.”

Nottinghamshire currently have six Championship wins from a possible 12 this season, second only to Gloucestershire who have seven. Notts have also secured more bonus points than any other county to date. For Slater, these records are hallmarks of a positive red ball season.

“If you look at the stats, with the number of wins, points and bonus points we have picked up, we would say it is a successful season,” he said.

“We want this game to go our way so we can come out with a positive result come the end of the year, but once we got that win against Derbyshire we knew we were capable of going on a roll.

“It has taken us time to get here, but to be challenging for a Championship in the last week of the season is exciting.”

The opener has previous against the White Rose, too, securing his first hundred for the Green and Golds in 2018 against Yorkshire in just his second match.

It is a quirk which gives him added belief this week.

“I think sometimes it can give you more confidence; they have seen me play well before and I can take forward that momentum,” he added.

“It was a couple of years ago now but it is always brilliant to score a hundred, particularly with that one being my first here, and the goal is to back that up with more runs this week."

Nottinghamshire membership for the 2022 season is on sale now, with those who join our club bestowed priority access to tickets for Trent Bridge’s international summer alongside a plethora of additional perks.

County Championship Final Week: All You Need To Know