BALL BACKS OUTLAWS TO FIGHT BACK AGAINST FALCONS

Notts seamer Jake Ball has vowed to bounce back from disappointing defeat as the Outlaws begin a spell of three games in four days against Derbyshire at the Incora County Ground.

The right-armer - who has taken four wickets in two bowling innings - retains his place in a 15-man squad to face a Falcons side who have won two and lost one of their opening three games. 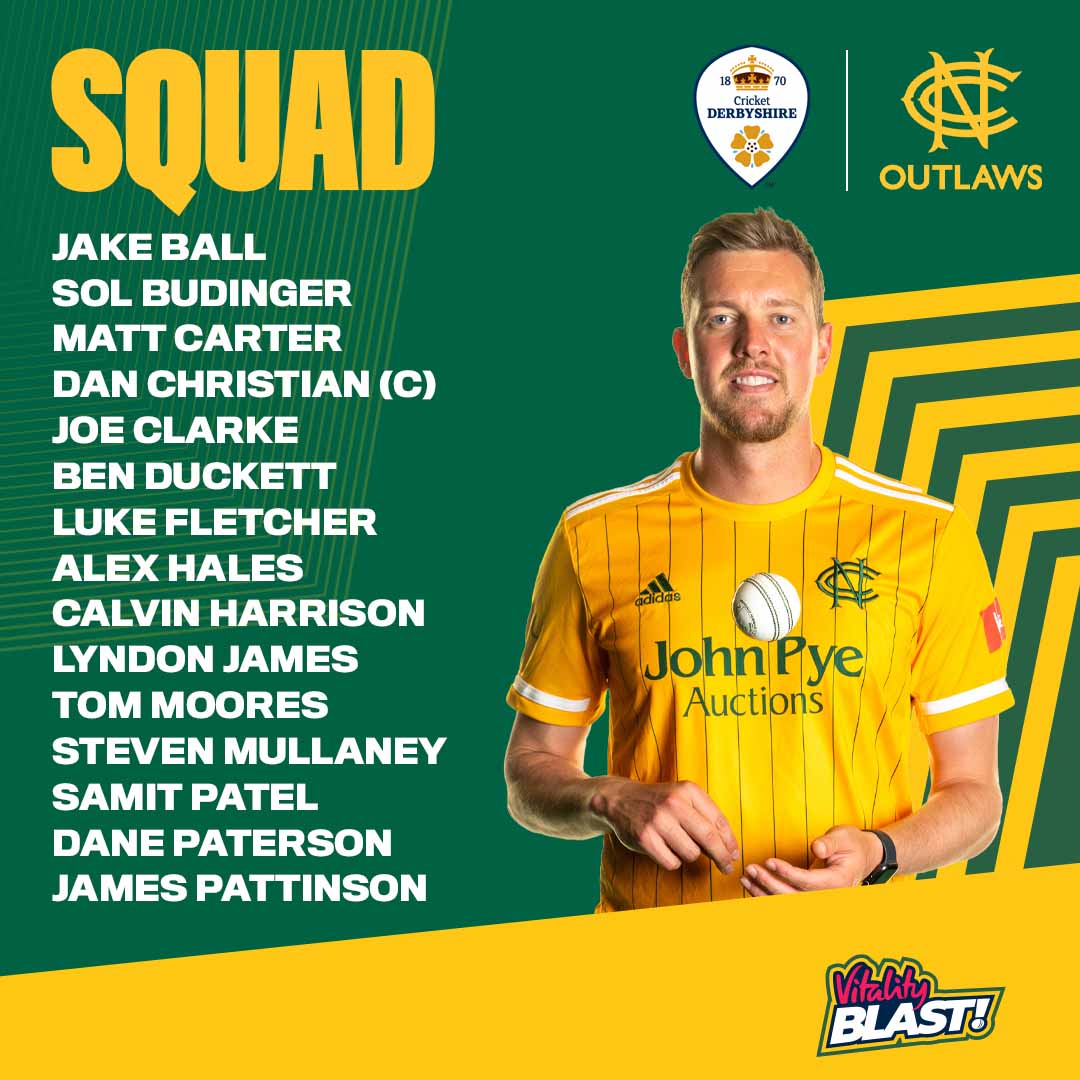 “When you play the brand of cricket we want to play, you are always going to have games where things don’t quite work out,” Ball said.

“We have had those sorts of games in the past and bounced back, Tuesday was one of those where we need to take the lessons from it and move on.

“More often than not, the way we play is a positive for us. We know we have got a very attacking line up, bowling and batting, and it won’t always come off. You’re not going to go unbeaten through a whole tournament.

“But everyone is in the T20 mindset. We are in a good position, mentally and technically, to move forwards.”

Ball was sidelined with a back injury between the Outlaws’ final North Group game of 2021, and their 2022 Vitality Blast opener against Worcestershire Rapids.

Whilst simply being back amongst the action after ten months injured may provide pleasure for the 31-year-old, his sights are firmly set on contributing to winning performances.

And he did so with figures of 2-24 off three overs against the Rapids, taking his 100th T20 wicket for Notts in the process.

“When I initially had the operation we always thought T20 would be the best route back in for my body, so I have had this in the diary for a long time. To get myself fit and ready for the first game took a lot, but I feel like my body is in a good place,” he said.

“In terms of performances, It is always tough at Trent Bridge, especially when you bowl in the powerplay and maybe two at the death. There are going to be times when you are hit, that is just the nature of T20 cricket, but I am happy with the way the ball is coming out.

“Not many reach 100 T20 wickets for one club, so it was nice to get there. It was a bit of a surprise when it was announced actually, but I do get the opportunities to take wickets and I am grateful that I have managed to take as many as I have for Notts.”

Friday night’s game at Derby will be played in front of the Sky cameras; Notts’ first televised game of the campaign.

The clash represents the perfect opportunity to right the wrongs of their display against Lancashire by facing local rivals in front of partisan support on the Jubilee Bank Holiday weekend, according to Ball.

But it’ll be no easy test against a resurgent Falcons side, buoyed by the presence of Shan Masood, and a recent nine wicket win over Yorkshire.

“Mooresy has spoken about it being a bit of a blessing that we are on TV this week, because we have the chance to show everyone the side we are.

“One bad result doesn’t make you a bad team - we have the most wins in the T20 Blast for a reason.

“Obviously it helps being against Derby. Everyone is up for it, especially the local lads who have been playing these games for some time.

“They have been playing some good cricket, though, so it will be a great game, they have a great side, as do we, so I am really looking forward to it.”

Budinger blitz in vain as match abandoned at Leicester

Moores: Lancashire Were The Better Side

Seconds Fall To High-Scoring Defeat At Hands Of Leicestershire